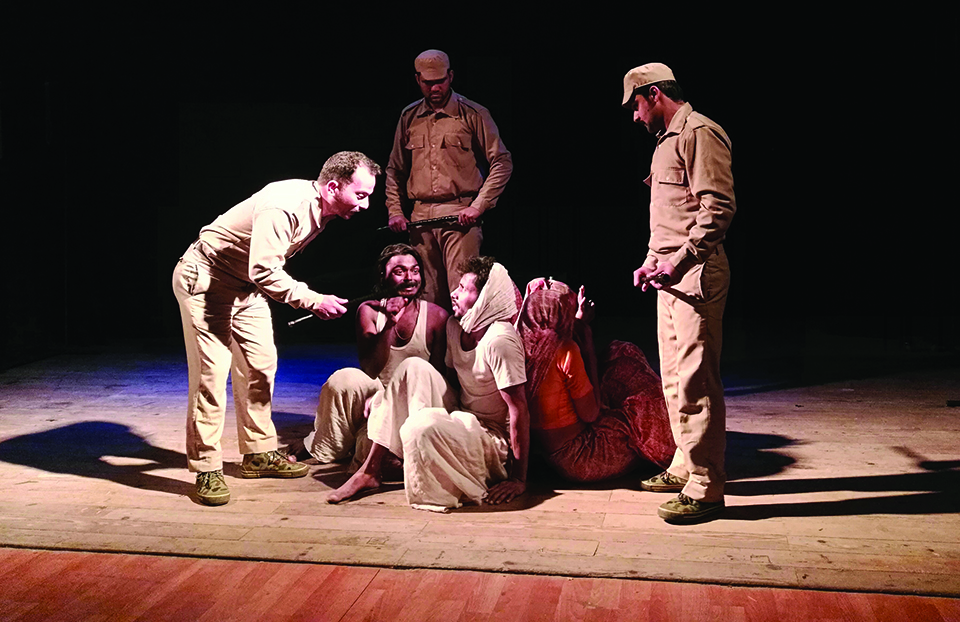 The Nepali word for tax—kar, meaning obligatory—is apt. Unless forced to do so, nobody likes to pay taxes. Tax avoidance is a legitimate activity. Accountants, auditing professionals and lawyers specializing in exploration of legal loopholes to obtain tax exemption for their clients often do brisk business. Tax evasion, however, is considered to be the motherlode of crimes. There is invariably more to tax evasion than merely monetary transactions.

Since the amount saved through tax avoidance is perfectly legitimate, there is no need to launder it through clemency laws. When presumptive Prime Minister Khadga Prasad Sharma Oli says that ‘underground money’ be legitimized, what he has clearly in mind is the fortune either made through illegitimate means or cash stashed away by tax evasion.
Sadly, there is nothing new in the approach of the Khas-Arya chieftain and the Supreme Leader of the Communist Party of Nepal (United Marxist-Leninist) avowedly wedded to the beliefs of free-market fundamentalism. His outbursts need to be taken seriously all the same. There are at least four factors that are likely to influence his decisions once he becomes the most powerful Prime Minister of republican Nepal.

Chieftain Oli was indoctrinated into politics as a Maoist cadre and was convicted for his involvement in beheading class enemies. After serving the jail term, he adopted nationalist communism—an ideology similar to that of North Korea. He didn’t stay there for long and became a pragmatic politician advocating the continuation of status quo. Chance has put the responsibility of implementing political agenda that he doesn’t believe upon his shoulders. With little commitment to political principles, personal choices will prevail upon his preferences.

Blind belief is bad enough, but ideological corruption is much worse. It breeds capricious leaders. Even though not an ideology, Stalinism is a comprehensive program. It adopts the hybrid of Marxist-Leninism in politics and oligopoly of the state organ or well-connected operators in the economy. The volatile mix often results in the creation of powerful oligarchy loyal to an authoritarian leader, something that has come to be called Putinism in whatever is now left of the former Soviet Union.

In addition to ideology and practicality, there are tenets of Brahminism that too hold high risks. There is a reason Brahmins were once forbidden to hold temporal power. Ideology of Brahminism says that the speech of a Brahmin is pure and priests have the divine authority to go beyond provisions of scriptures. Combination of religious authority and temporal power is combustible. It can produce unrestrained leadership.

The tradition of power worship is also very strong in Hindu societies. It’s even more so in Nepal. Since few dare to question the ruler, subservience reigns supreme in society. There is popular proverb in Nepali which says that only the Lord knows the laws of Nepal. Whims of rulers have always held more importance than legal provisions in the country of Never Ending Peace And Love. Even though an elected one, Chieftain Oli expects to be the new ruler with supreme command of the land in his hands.

Liberal democracy has the capacity to influence most audacious of rulers. Democratic practice, however, is still at a nascent stage in this country. Monarchs boasted of divine mandate. Elected oligarchs talk about electoral mandate in similar manner. Once elected, people’s representatives lose no time in assuming the persona of petty potentates.

There is no need to go deep into history and see the way Prime Ministers under parliamentary system played with the dissolution of the parliament as they wished. A popularly elected deputy mayor reportedly tore up the minute book of the municipality because buying a car for her use was not on the agenda. Fully empowered local governments have come to mean the rule of municipal leaders with ambitions of becoming neighborhood overlords.

A municipality of State Number Three went one step ahead. In order to preempt possibilities of transferring the provisional capital elsewhere, it has sought to buy the support of assembly members by providing them free residential plots. The offer can’t be termed bribery, but its effect is no less damaging. It’s quite possible that other municipalities will come up with competitive incentive packages and nullify all prospects of an objective and considered decision.

When some of the local officials are wayward and provincial captains are hankering for luxury, it’s natural that authorities at the center make hay while the sun shines. Taking leave of all political propriety, Sher Bahadur Deuba’s government has been dispensing favors left, right and center from the doorframe on its way out. Legitimacy of his government’s decisions is difficult to challenge and law courts don’t entertain violations of moral code. But democratic decay-causing capricious commitments that the incoming government will under no obligation honor is worrying to say the least. Chieftain Oli indeed has very low standards to measure up to and he may be tempted to go beyond whatever his outgoing predecessor has done to benefit personal hangers-on and political has-beens.

Political parties are most important actors of functioning democracies. Here again, the scene is depressing. Of the five parties that have polled enough votes to qualify for national status, three are led by Khas-Arya ethnonationalists with majoritarian convictions. The support base of the other two is confined largely in Tarai-Madhesh.

The biggest casualty of ‘fast-track’ constitution has been the demise of political parties with national appeal across caste, community, region, religion and language cleavages in the diverse society of Nepal. Diversity is a condition. Political pluralism should aspire to manage that with suitable programs. No political party seems to have such a vision. They require the election commission or the courts to tell them what to do to fulfill at least constitutional requirements of proportionate representation. Going beyond the absolute minimum is unthinkable for them.

Chieftain Oli is perhaps correct in assuming that he is the head of all Khas-Arya ethnonational rather than chief of merely the biggest party of the country. He need not fear any political opposition to his demagogic decisions such as the one to launder money without water or detergent.

When personal proclivities of a leader are problematic and democratic traditions are weak, institutions of the state have to become agents of restrain. With independent authority and guaranteed continuity, constitutional organs of the state exercise immense influence. Their performance in Nepal, however, has been underwhelming.

Judicial supremacy had triumphed over popular legitimacy and even people’s sovereignty in the past. Dissolved parliaments have either been restored or allowed to die upon the decisions of the courts. Citing street clamor as one of his reasons, a Supreme Court judge fixed the perform-by date upon the sovereign Constituent Assembly. When it failed to live up to the decisions of the court and died, the same judge came forward to head an electoral government in the name of political consensus. The perception that courts are more powerful political actors in Nepal than most other agencies is born out of post-1990 experiences.

Quite recently, a judge escaped an impeachment motion due to what can perhaps be called an out-of-court settlement. The successor has been fending off all kinds of allegations with indifferent success. The image of the judiciary, however, continues to decline by the day.

The Commission for the Investigation of Abuse of Authority (CIAA) was an institutional innovation intended to fight endemic corruption. That it has failed to live up to expectations is an understatement. One of its chiefs went after political opponents with hammer and tongs. Another one became too big for his boots and was booted out by the very same political actors that had rooted for him a few years ago. These days it spends most of its energy and constitutional mandate in maintaining its relevance. If the commission ceased to exist tomorrow, perhaps few will miss it. The story of most other constitutional organs is similar. They are there: No less, but little more than that.

Pessimists tend to think that malfunctioning states fragment at some point of time.

Optimists believe that political stability can bring prosperity to such places. Experiences of Afghanistan disapprove pessimists. It has remained a flailing state forever without fragmenting or failing. Burma seldom faced regime instability but continues to wallow in dark ages. Nepal will survive Chieftain Oli. Expecting anything more is mere speculation.

State Minister for Industry Bade off to China