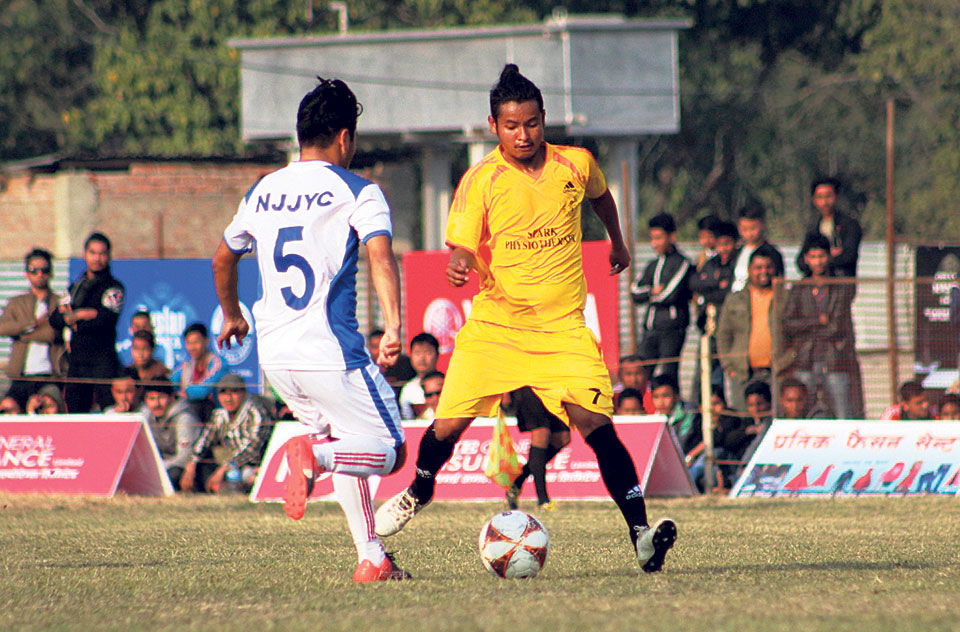 At the Simara Stadium, the match was pushed to the tiebreaker after both the teams played a 1-1 draw at the end of the regulation time.

NJJYC went ahead in the 66th minute through Bijay Shrestha, while Bhuwan Basnet equalized in the 75th minute for Morang. African player Victor’s shot was blocked by Morang defender Suren Khawas and the follow-up was pounced by Shrestha, while Basnet scored utilizing a pass from Morang’s Yogesh Gurung.

The departmental teams Tribhuvan Army Club (TAC) and Armed Police Force (APF) will vie against each other in the second quarterfinal match on Sunday.

NJJYC head coach Nabin Maharjan said that they had to face the defeat as the coordination between his players could not work.

Morang head coach Paras Chaudhary said that the performance from his players was not good despite getting the win and said they will improve in the last four match.

Morang will now face the winner between Ruslan Three Star Club (TSC) and Far-western XI for a final place.

Army to face Jhapa in U-18 football semis