Jess Hayes sizzles as she strips down to sexy two-piece 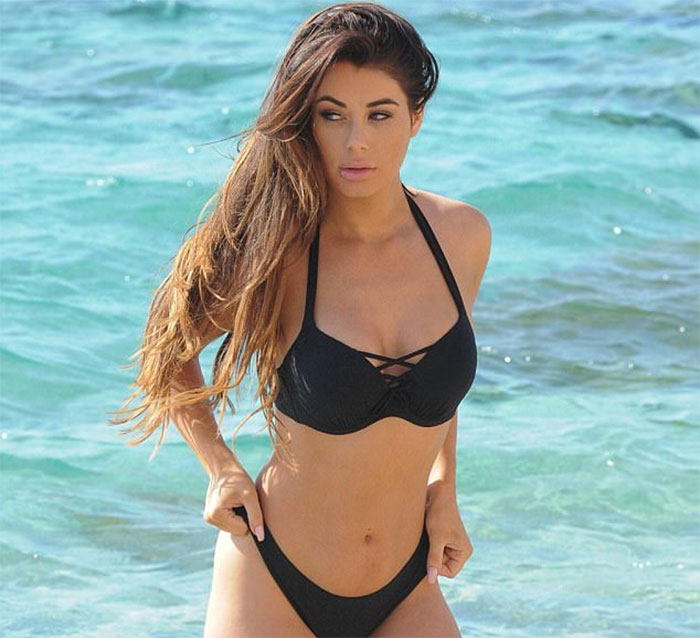 She is well known for flaunting her curves in a series of bikinis by the poolside at the idyllic villa during her Love Island appearance.

So of course it was no surprise Jess Hayes sizzled when she stripped down to her sexy two-piece in Cape Verde in recent weeks.

The 2015 Love Island winner, 24, put on a busty display in her bikini top, which was accentuated by the string detailing weaved across the front of the garment.

Reality star Jess displayed her hourglass curves as she slipped her envy-inducing physique into the high-cut bottoms, which drew attention to her peachy posterior.

Despite being every inch the social butterfly at showbiz parties, the television personality splashed around in the sea on her own.

The brunette wore her long glossy locks down to her waist, which drew eyes to her incredibly slender physique.

Jess first found fame back in 2015 when she won Love Island with her partner and then-boyfriend Max Morley.

While her relationship with Max swiftly fizzled out, she remained firmly in the spotlight with her love of celeb-packed parties and boozy nights on the town.

However, her boozy behaviour hit the headlines when she attended Cheltenham Races and flashed her bare breasts at cameras with equally raucous pal Katie Salmon.

Charlotte McKinney has had a busy year. But the 23-year-old model is more than ready for a break. ... Read More...

Some pictures from Teku Hospital: Patients are treated at corridors as hospital runs short of beds
17 hours ago

Govt says ICU beds are available, but hospitals have a different story to tell
20 hours ago

Some pictures from Teku Hospital: Patients are treated at corridors as hospital runs short of beds
17 hours ago

Govt says ICU beds are available, but hospitals have a different story to tell
20 hours ago