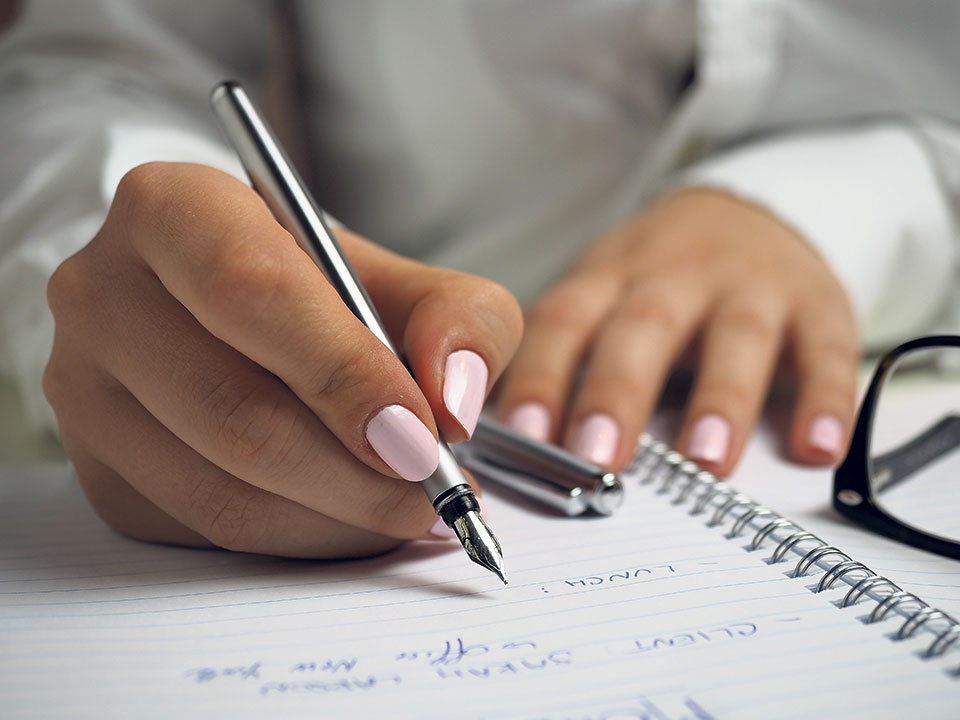 In the recent years, the teaching of penmanship in schools or the lack thereof has been stirring quite a few controversies. The world has gone digital and educational systems have followed that rule. So why do some people emphasize on writing with hand? Bal Gopal Kapali, calligrapher and founder of Thamel Calligraphy Center, believes that digitalization of everything is the very reason we should learn about handwriting.

“Western civilization has completely adopted the digital age but we haven’t reached there yet which in my opinion is a good thing. Language and writing are essential to preserving our culture’s identity. We shouldn’t hand it over to machines so easily,” he says.

Another reason – which is a bit more modern – is because of the results that you find through graphology, which is the study of patterns and physical characteristics of a handwriting that reveals a lot about the personality traits of the person writing it at that exact moment. Here the emphasis is on the ‘exact moment’ because people do not always write in the same way, as handwriting is conditional on factors like speed, situation and the object you are writing with.

“The letters and the words we write are clear and direct indicators of the human behavior from the subconscious mind. There is this very famous proverb in graphology, ‘first we create the letters, later the letters create us’ which is very true and applies universally,” states Cosmic Conscience, graphologist and founder of Graphology Nepal. When just starting school, kids are taught to copy their teacher’s handwriting but, pretty quickly, everyone has their own distinct way of writing. This is a very good example of how your handwriting is very uniquely connected to you as an individual.

Writing by hand and the knowledge of graphology are extremely effective in an array of practical circumstances. “Do you know why some job applications state a mandatory handwritten application?” ask Cosmic Conscience – who renamed himself after understanding the importance of words and learning about cosmology – before answering it himself,  “It’s to glimpse at the individual’s characteristics and thinking through their writing. It is a very important part of recruitment in many companies.” Other than that, it also helps a company perform better as a group by playing to their strengths and improving the weaknesses of the employees.

Health and medical sectors also benefits from graphology, especially while dealing with mental and psychological cases. Doctors can figure out the intentions behind suicide notes and even the personal relationship between their patient and their family or friends through the writer’s handwriting.

Jyotsna Pathak, a private high school teacher, confesses that the style and pattern of her students’ handwriting helps her get the core of what that particular student is trying to convey through their answers. And Kapali echos that statement with, “Adept teachers can understand a student’s psychology and, at times, the reasoning for certain statements in their answers, just by looking at their handwriting.”

Pathak also gathers how much her students have understood the topic (on which they are writing) and what she can do to help them understand it better. “I haven’t taken any courses for graphology yet. But ever since becoming a teacher, I have been very intrigued by handwriting analysis and I browsed the internet to learn more about it,” says Pathak. She affirms that learning graphology has helped her as a teacher and urges other teachers to take a look into it as well.

Chandra Neupane, a grade school teacher, weighs in on the benefits of cognitive development through practicing handwriting. According to various tests and researches done over the years, writing with hand has a very close connection to the wiring of the human brains. Not only does it teach us how to control the force we apply through our hands while handling things but it also makes use of visual feedback to correct any mistakes and helps develop prediction skills and the idea of consequences.

Neupane surmises writing with hand is a key skill that should be taught to all – especially kindergarteners. “Writing by hand should be taught to people at an early stage when they are still grasping the concept of how the world works. This is a key developmental catalyst and the link between handwriting and cognition follows into youth and eventually old age,” she says.

Neupane also claims that usually teachers are going off in a wrong way while relaying the importance of handwriting to students, “I’ve seen many of my colleagues go completely blank when students ask them why they are emphasizing handwriting so much. You cannot expect students to improve their writing patterns if you do not give them a reason to.” Additionally, Neupane also believes that we are biased against left handed people and he has witnessed parents, peers, and teachers force a lefty to write, eat and make use of their right hand more dominantly. “This kind of unacceptance disturbs the left handed person subconsciously and that affects them throughout their life at some level or the other,” he explains.

Though handwriting is a great indicator for knowing a person, can you also change your personality traits through handwriting? According to both Cosmic Conscience and Kapali, that is possible. This whole other area of handwriting is called graphotherapy. In graphotherapy sessions, the therapist analyses your handwriting and figures out what the troublesome aspects are. Then they teach you to change that particular style of writing with a more positive one. And over time, with practice, you change your behavior because of that change in your handwriting.

Cosmic Conscience reveals that people from all walks of life have reached out to him to analyze their handwriting and for tips on how to improve their behavioral traits through it. “Although graphology is a complex subject which you have to study for quite sometime before being able to know about the connection between handwriting and human nature, there are some common traits which are simple to decode,” he explains. He adds further that graphologists use the 4s principle while decoding handwriting. The 4s represent size, shape, slant and space and they are the primary indicators of a person’s personality traits.

The first step to changing your behaviors through graphotherapy is simply analysis which, in retrospect, is not so simple. You have to find out what kind of pattern/style is causing a negative habit and work out ways on how can you improve it. “But the thing is you will not know about a person’s personality by just looking at the way they write the letter P. It’s so much more intricate and complex than that,” claims Cosmic Conscience. “It works as a whole rather than through just a single letter. Taking bits and pieces from words and phrases and adding everything together gives the total rundown of what the person was feeling and thinking at the time,” he concludes.

What do you see in this picture? The answer says a lot about your brain

A new study has found half of people don’t initially see both a rabbit and a duck in the classic optical illusion below. Read More...

Availability of animal carcasses attracting vultures to Tanahun
20 minutes ago