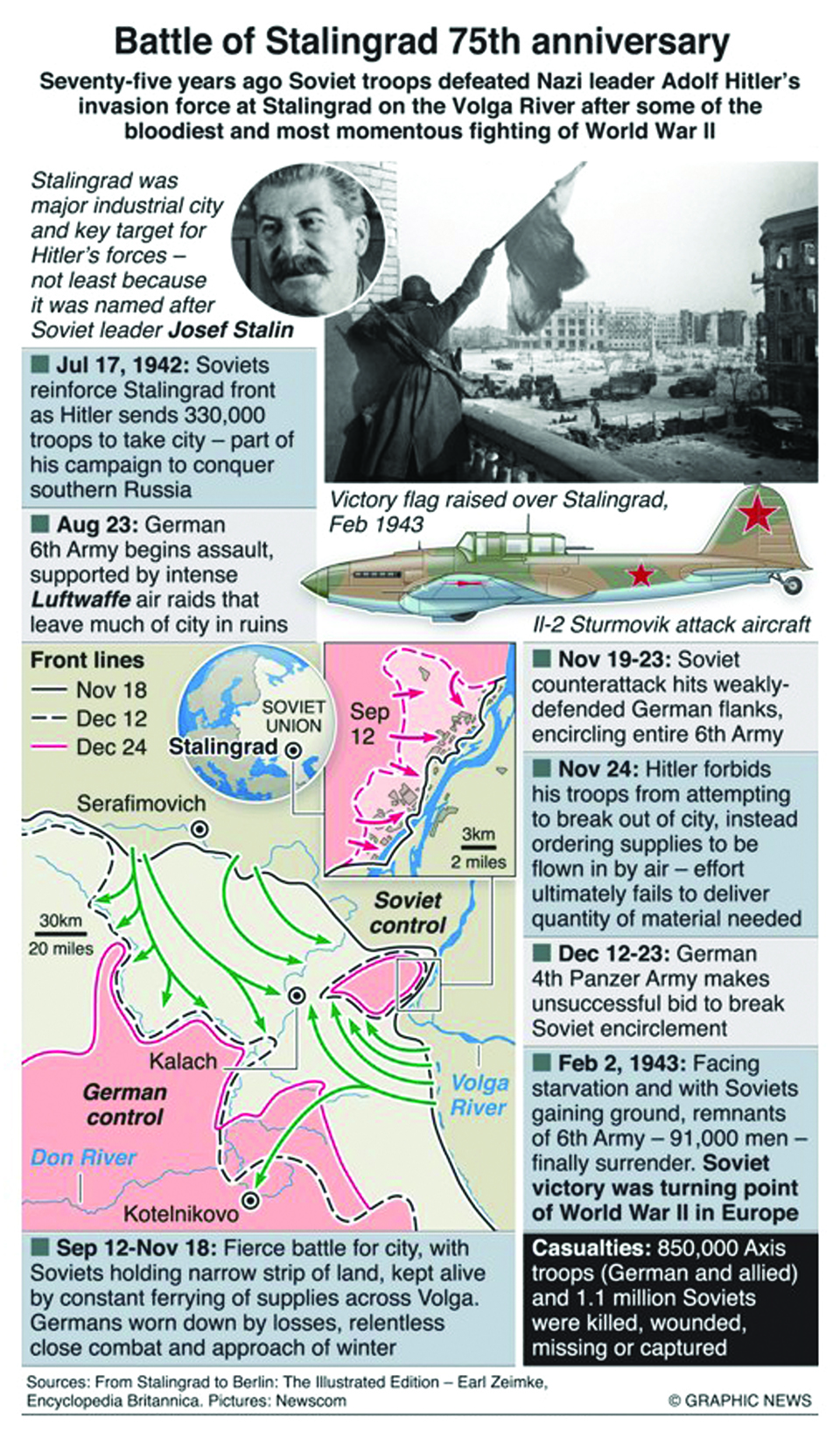 Seventy-five years ago Soviet troops defeated Nazi leader Adolf Hitler’s invasion force in Stalingrad on the Volga River after some of the bloodiest and most momentous fightings of World War II. Russians consider Stalingrad to be one of the greatest battles of their Great Patriotic War, and most historians consider it to be the greatest battle of the entire conflict.

It stopped the German advance into the Soviet Union and marked the turning of the tide of war in favour of the Allies. Total Axis casualties (Germans, Romanians, Italians, and Hungarians) are believed to have been more than 800,000 dead, wounded, missing, or captured. Out of 91,000 men taken prisoner, only some 5,000-6,000 returned to their homelands – the rest died in Soviet prison and labour camps. On the Soviet side, official Russian military historians estimate that there were 1,100,000 Red Army dead, wounded, missing, or captured in the campaign to defend the city. An estimated 40,000 civilians died as well.

The ambassador of Israel to Nepal, Benny Omer visited Kanjirowa National Secondary School on Sunday. He was invited as the... Read More...

IN PICS: Youths seek justice for 12-year-old girl killed after rape
12 hours ago

Trump says U.S. election winner might not be known for months
8 hours ago

IN PICS: Youths seek justice for 12-year-old girl killed after rape
12 hours ago