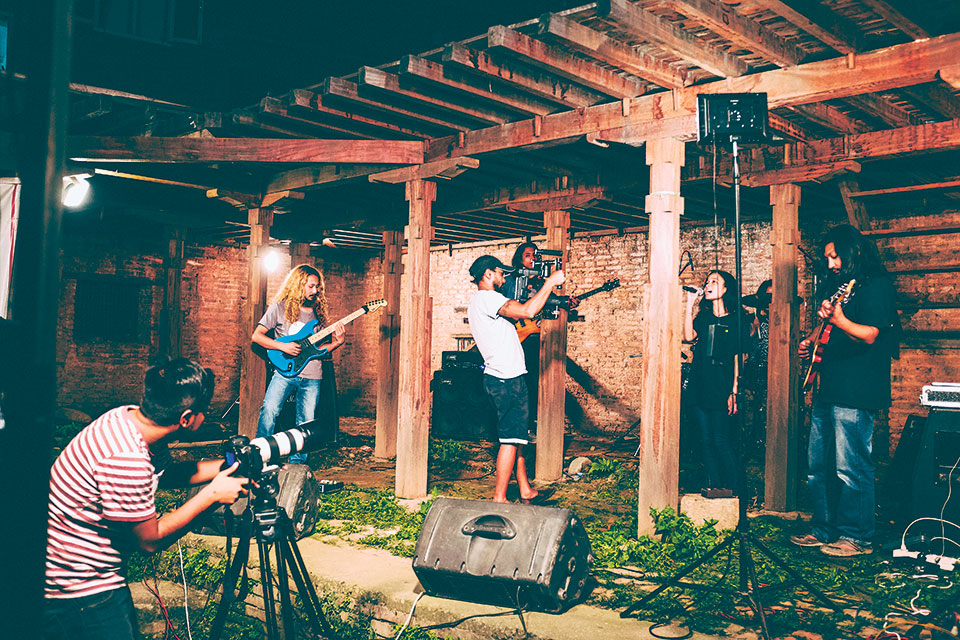 Back in early 2012, Shashank Shrestha, a video producer who had just returned to Nepal from the US, decided to take his freelance video production, which he had been involved in for a year, up a notch. He then launched his own media production company, Katha Haru.

As of now, Katha Haru produces motion graphics, narrative shorts, and documentaries.
Shrestha, co-founder and creative director of Katha Haru, says that the media house is primarily focusing on documentary productions – both for their clients and as personal projects for themselves i.e. Shrestha, Rocky Prajapati and Suyog Shrestha.

Katha Haru boasts an impressive list of clientele. They have worked with UNRCPD (United Nations Regional Center for Peace and Disarmament in Asia and Pacific), Google, DFID (Department for International Development), Nepalaya, The City Museum and Himalayan Climate Initiative to name a few. “Our first big project was a documentary for Save the Children. And everything actually kicked off from there,” says Shrestha.

Katha Haru works through the 3Cs principle: Concept, Collaborate, and Create. They bring new concepts to the table and experiment with new ways to drive a narrative. After that comes the collaborating bit where they combine production and conceptual execution to bring the stories to the screen.

Shrestha further mentions that Katha Haru uses its social media accounts to promote its work. He lists Facebook, Instagram, YouTube and Katha Haru’s website as their primary sources for promotion of their work. “There have also been times when our previous clients have referred us to other organization looking for a media house,” he adds.

The yomari session is one of Katha Haru’s successful ongoing (personal) projects. Described as an arena to promote independent Nepali artists, the yomari session is in its second season. “Cover songs by Nepali artist are huge on YouTube right now. But what we are doing with yomari session is bringing forth original works from Nepali musicians. It started with five artists in the first season and hopefully the number will go up during the ongoing one,” says Shrestha.

Recently, the Katha Haru team posted a new documentary titled Look Inside a Chaku Factory that got 12,000 views within 36 hours after its upload. Besides that, they have got a couple more projects for organizations like USEF lined up and they have also launched a new channel, Kooky Dunk. Apparently, they want to pick up the pace and reach of their YouTube channel this year.
“All the serious and business projects will be uploaded on our main channel while Kooky Dunk will be used for fun personal projects and comedy sketches. We also want to explore the animation sector,” he concludes.

Cinema is often considered as a means to unwind from real life but this year saw filmmakers imitate stories of... Read More...