New radar system to be operational from Feb 1 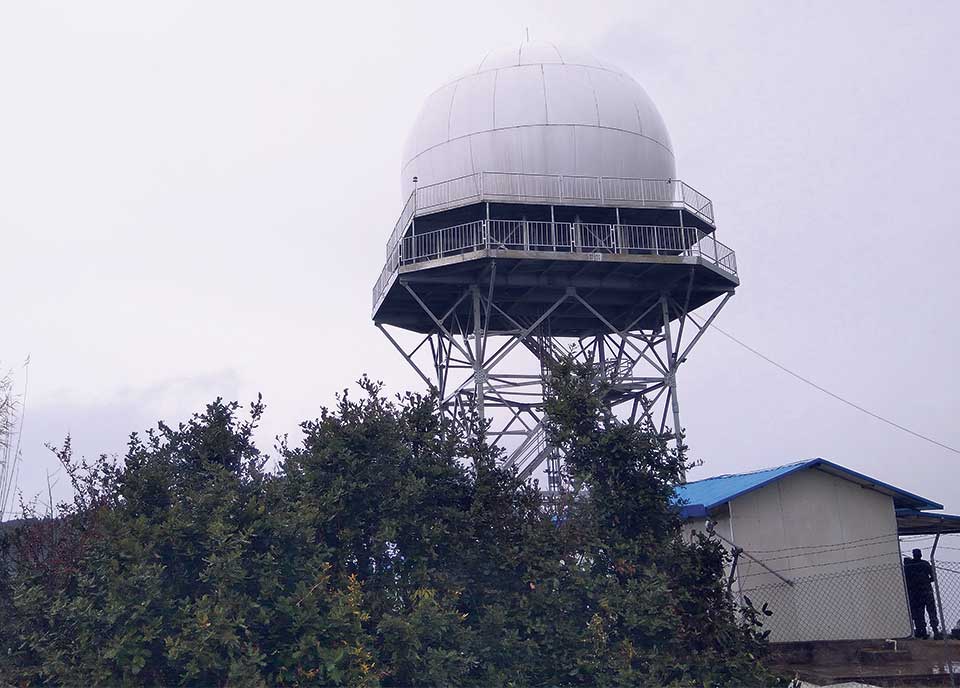 During the monitoring of radar test on Wednesday, Jun Sakuma, chief representative of JICA Nepal, said that the new radar system will improve safety of aircraft flying in Kathmandu Flight Information Region (FIR) through continuous monitoring and control. “The new T-MSSR installed at TIA has capacity of 200 nautical miles, while the Enroute-MSSR installed at Bhattedanda has coverage of 250 nautical miles,” he added.

According to Sakuma, the new radar will cover almost all international flights while it will cover around 97 percent of domestic flights. “It will increase air space capacity and control the air traffic in an easier manner than the previous one,” he added.
The new radar surveillance system will cover the speed, height and distance of aircrafts up to Surkhet in the mid-western region and the entire eastern region.

Sanjeev Singh Kathayat, project director of the new radar surveillance system, however, said that the new radar system will not cover the high Himalayan region. “This radar is the latest generation of radar system. It has precise identification capabilities as well as the capacity of selective interrogation,” Kathayat said, adding that it gives an accurate position of the aircraft as well as can identify almost 17 million aircraft.

The existing radar system has the capacity to identify only 4096 aircraft.
“These days the movement of aircraft is increasing day by day and so does the air traffic,” Kathayat said, adding: “So to address this situation, the new radar will help to control the air traffic by monitoring the distance and speed of the aircraft.”

The new radar system can monitor altitude, speed and distance of aircraft, as well as provide vectoring and separation service, he added.

Earlier, ATCs were finding it difficult to connect with all aircraft at the same time.
During a site visit to Bhattedanda on Wednesday, Japanese ambassador to Nepal, Masashi Ogawa, expressed hope that the second generation of radar system in Nepal will help to improve aviation safety in the country.

CAAN is operating the new radar in trial phase at present. Though the new system will formally come into operation on February 1, CAAN intends to operate the existing system as a backup for the time being. “The new system is ready for operation. But we are still making some safety assessments which will take at least two or three months. Till then, the old system will work as a backup.”

The radar installation project began in 2013 with investment of Rs 1 billion. The installation was expected to be completed by 2015. However, the 2015 earthquakes and economic blockade by India affected installation works, according to officials.

Students should be at the heart of education system