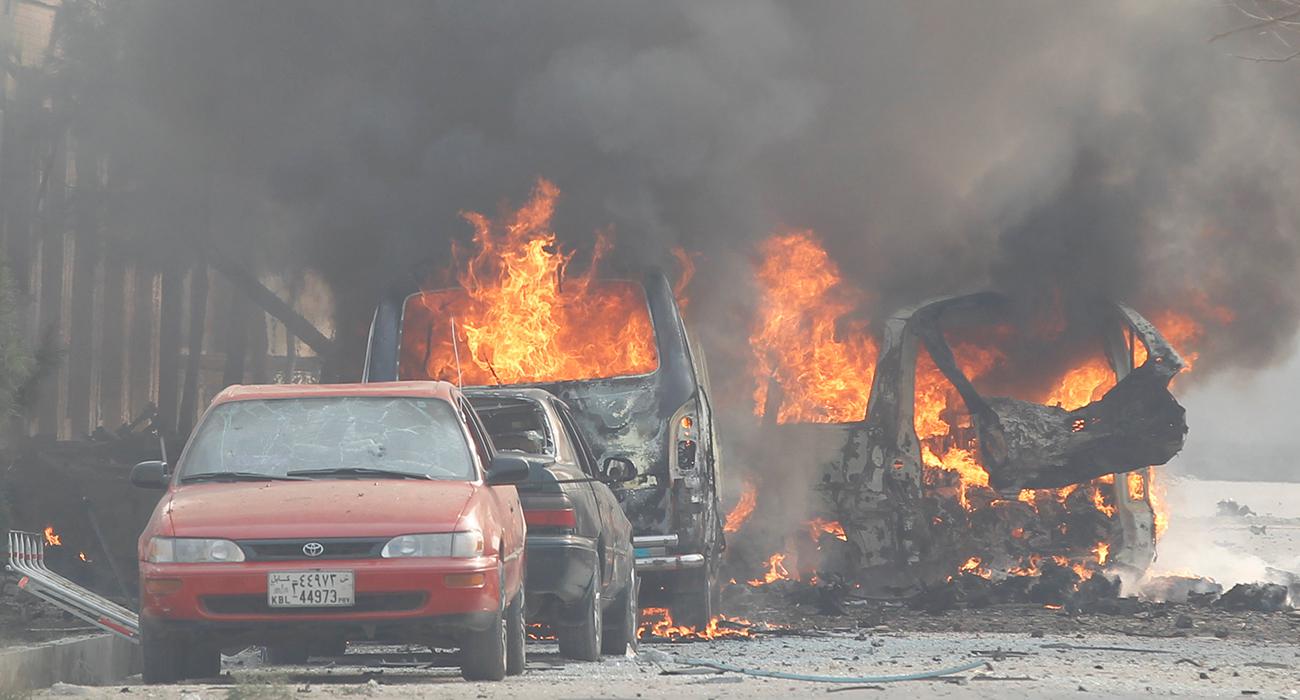 AFGHANISTAN, Jan 24: Four gunmen stormed an office of the Save the Children aid agency in the Afghan city of Jalalabad on Wednesday and battled security forces who surrounded the building, killing at least one person and wounding 11, officials said.

The attack began with a suicide car bomb outside the office, followed by gunmen entering the compound and fighting Afghan special forces, a spokesman for the government in the eastern province said.

“There was a blast and the target was Save the Children,” said spokesman Attaullah Khogyani. “Attackers entered the compound and the fight is going on.”

Some witnesses said the attackers appeared to have been wearing police uniform, a commonly used tactic, but there was no immediate official confirmation.

The director of the provincial health department said 11 wounded people had been taken to hospital.

As security forces fought their way in, they recovered one body inside the compound but the person’s identity was not clear. At least one gunmen was still fighting, Khogyani said.

“An explosion rocked the area and right after that children and people started running away,” said Ghulam Nabi, who was nearby when the bomb exploded. “I saw a vehicle catch fire and then a gunfight started.”

There was no immediate claim of responsibility but the Taliban, seeking to reimpose Islamic rule after their 2001 ouster, issued a statement denying involvement.

“We are devastated at the news that our Save the Children office in Jalalabad city, Afghanistan, came under attack this morning as armed men entered the building, about 9 a.m. today local time,” a Save the Children spokesperson said in an emailed statement.

“Our primary concern is for the safety and security of our staff. We are awaiting further information from our team and cannot comment further at this time.”

There are several other aid groups and government offices in the immediate area, and security forces evacuated people from surrounding buildings while they exchanged fire with the militants.

Jalalabad is the capital of Nangarhar province, on the porous border with Pakistan.

The province has become a stronghold for Islamic State, which has grown to become one of Afghanistan’s most dangerous militant groups since it appeared around the beginning of 2015.

Backed by intensive U.S. air strikes, Afghan forces have claimed growing success against the Taliban and other militant groups, including Islamic State, but militant attacks on civilian targets have continued, causing heavy casualties.

The attack in Jalalabad came just days after Taliban militants attacked the Hotel Intercontinental in the capital, Kabul, killing at least 20 people, including 13 foreigners.

The attack underlined how difficult operating in Afghanistan has become for humanitarian aid organizations which have faced heavy pressure from armed groups and kidnappers.

In October, the Red Cross announced that it was drastically reducing its operations in Afghanistan following attacks that killed seven of its staff last year.

Australia storm into U-19 World Cup final after defeating Afghanistan

Australia have cruised into their first under-19 cricket World Cup decider in six years after easily accounting for Afghanistan in... Read More...

DHAKA, Jan 5: An aid agency projects 48,000 babies will be born this year in the refugee camps for Rohingya Muslims... Read More...