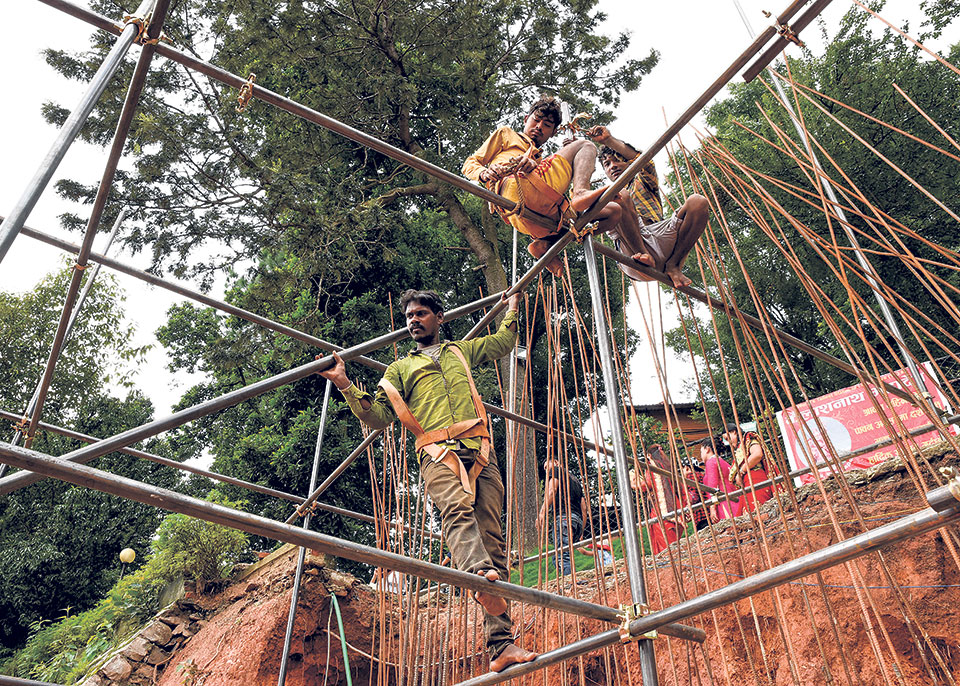 KATHMANDU, Jan 23: The government has directed cement factories to rollback the decision to increase the price of cement within three days.

The decision comes in the wake of as much as 16 percent increment in the price cement - a key construction material - in recent weeks.

A survey conducted by the Department of Supply Management and Protection of Consumers Interest (DSMPCI), the agency for market monitoring and consumer protection, in Kathmandu and some major cities of the country in the past two weeks showed that price of cement has gone up by 10 to 16 percent, while factory input cost has increased by only 7 to 9 percent.

The department had held a discussion on the issue with office-bearers of the association on Monday.

“We found a nominal rise in the price of raw materials and transportation cost. But the price hike is very high,” said Shrestha.

Two weeks ago, civil construction contractors had flayed the price hike in construction materials, blaming cement factories and steel factories of working in collusion to impose a cartel. The contractors had claimed that price of cement and steel rod increased by 12 and 7 percent to Rs 910 (for a sack of 50 kg) and Rs 85 per kg steel, respectively.

The price of sand and aggregate has also increased significantly. But the government has not taken the issue seriously.

Federation of Contractors' Association Nepal, a fortnight ago, indirectly blamed the government for creating an environment for price syndication, stating that it has not allowed crusher industries to operate, citing a separate regulation to operate. “This affected supply in the market, causing the price to go up,” officials of the federation had said in a press meet two weeks ago.

Work to build infrastructure for cement factories yet to gain pace

KATHMANDU, Feb 22: The government has made a commitment to build necessary infrastructures to facilitate cement industries having their own clinker... Read More...