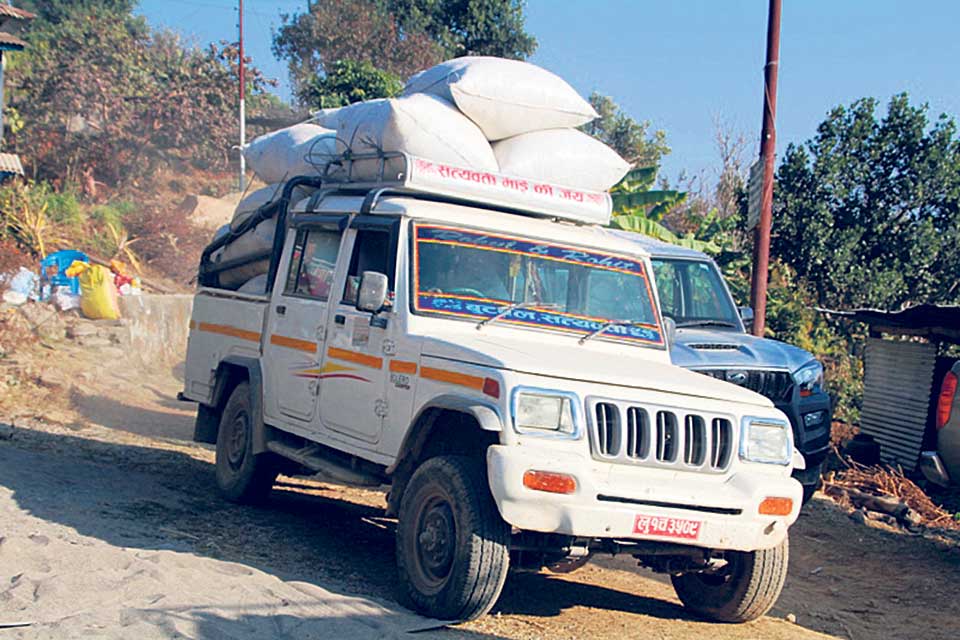 PALPA, Jan 19: Palpa district has been exporting bay leaf and cinnamon worth more than Rs 70 million a year to India for the past few years.

Local farmers sold bay leaf worth Rs 240 million and cinnamon worth Rs 110 million to exporters between FY 2012/13 and 2016/17, according to District Forest Office (DFO) Palpa. DFO officials have said that the real export figures are well above the recorded ones.

“Bay leaf worth more than Rs 370 million harvested from private forests of farmers has been exported in the past five fiscal years,” said Dadhi Lal Kandel, district forest officer of Palpa, told Republica. “Koldanda, Baldengh Gadhi, Satyawati, Tinau, Jhadewa, and Jalpa are among the largest producers of cinnamon in the districts. But less than a third of total production is being exported.”

Local farmers are selling cinnamon for Rs 50 per kg and bay leaves for Rs 100 per kg.
Local farmers, however, have failed to expand their market inside the country. A lion's share of bay leaf produced in the district is exported to India that too by a handful of exporters. Only a few Indian traders are coming to the district after India imposed Goods and Sales Tax (GST), farmers say.

Knowledgeable sources say Nepali exports meet around 20 percent of the demand for cinnamon and bay leaf in India.

Bay leaf was cultivated in 17 hectares of land in Palpa last year.
“Farmers are not getting good price for bay leaf and cinnamon as they do not have direct access to the market. Limited people are controlling the trade of bay leaf and cinnamon,” said Kandel. “Farmers would have earned lot more had there been processing industries inside the country.”

BAY LEAF CHANGES FACE OF A VILLAGE
Bay leaf farming has changed the face of Koldanda village in Tinau Rural Municipality-4, according to locals.

As the government has declared Satyabati area in the village as a pocket area for bay leaf farming, almost all the villagers can be seen collecting bay leaves, peeling the skin, drying them and taking them to nearby collection center. Each family here sells bay leaf worth Rs 200,000 annually.

“Earning from bay leaf has helped us to build roads and extend electricity transmission lines,” Parbati Chidi of Koldada shared.

Chandra Bahadur Bhat, assistant forest officer at the Area Forest Office, Jhumsa, said farmers from as far as Kaski and Tanahun are visiting the village to study the prospect of staring bay leaf and cinnamon farming in their places.

Bay leaf can be cultivated even in land that is barren and unfit for other crops.