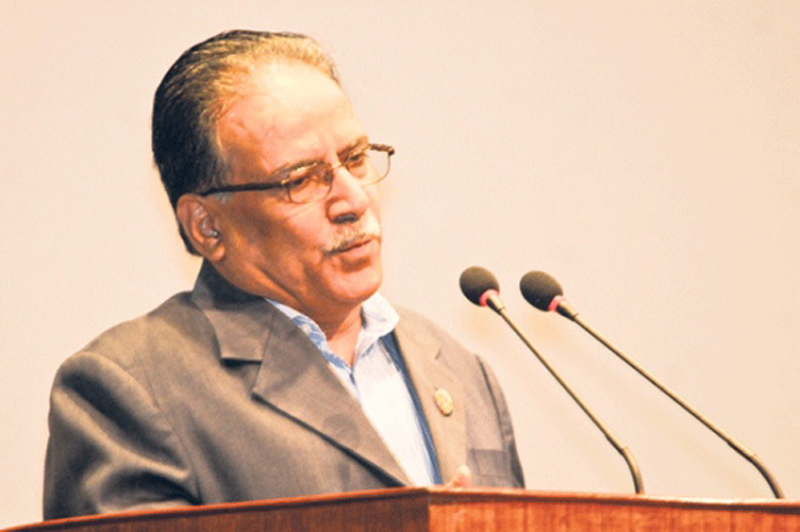 Locals, who had witnessed Dahal’s poll campaign closely, are surprised by the poll expenditure details he submitted at the election office.

Since RPP had forged an electoral alliance with the ruling Nepali Congress with an aim to defeat Dahal, the contesting sides had taken this election battle as a matter of prestige. Both the leaders had reportedly invested massive amounts to secure their victory. Keeping in mind the prospect of stiff competition, both the leaders were profligate spending for the election.

At an interaction organized by the Federation of Nepalese Journalists (FNJ), Dahal himself admitted that for the first time he felt like he competed in the election despite contesting twice in previous elections.

As a part of his election campaign, Dahal had visited all 19 wards of Bharatpur Metropolis and all wards of Madi Municipality, which fall under Constituency 3 of Chitwan.

Dahal’s nearest rival Pandey had submitted his election expenditure details to the DEO on January 4 claiming that he spent a total of Rs 939,340 in his election campaign.

According to the details provided by DEO, Chitwan, Dahal’s expenditure is the lowest among the parliamentary election winners from Chitwan. However, it has been quite hard for the people to believe that Dahal and Pandey spent so less.

“As we had seen the lavish gatherings and publicity campaigns conducted by the parliamentary candidates in Constituency 3, it’s hard for us to believe that they managed to do all with less than Rs 1 million,” said Indra Prasad Padhya Paudel, who contested in the parliamentary elections from Rastriya Janamorcha from Constituency 1.

GULMI, Jan 25: Most of the candidates who contested the parliamentary and provincial elections of December 7 have submitted the details... Read More...