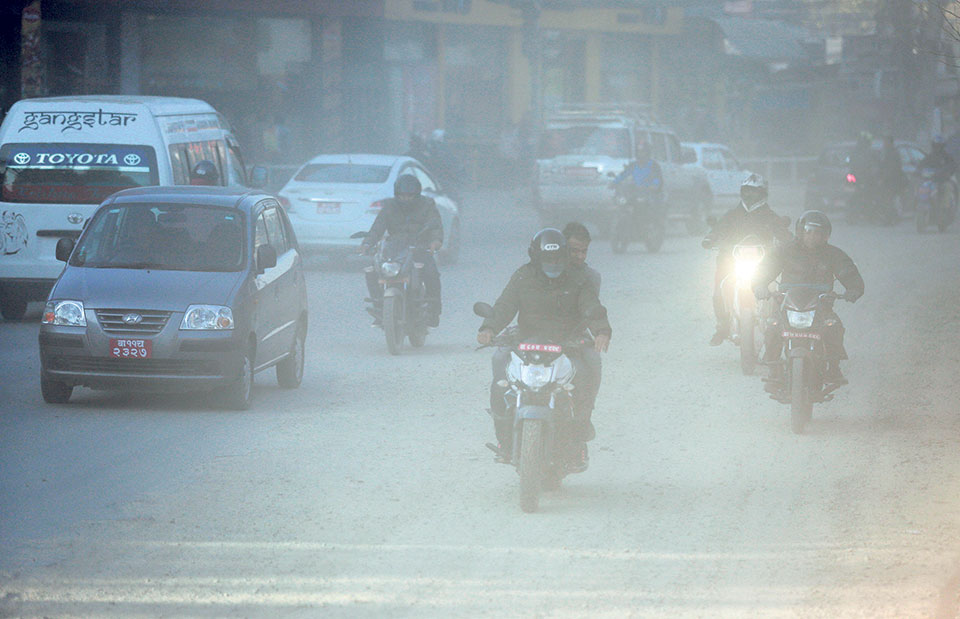 KATHMANDU, Jan 15: The Supreme Court on Sunday issued a mandamus in the name of government authorities to carry out development activities only by controlling dust pollution and managing garbage in the Kathmandu valley.

Accusing the authorities concerned of constructing roads and carrying out other developmental activities without addressing dust pollution and without managing garbage, the petitioner had asked the apex court to intervene for the protection of environment in the Kathmandu valley.

Claiming that government authorities' action has violated the right to environment as ensured by Article 30 of the Constitution of Nepal, sections 2 and 7 of the Environment Protection Act, 1997 and Section 2 (g) of Garbage and Sanitation Management Act, 20012 and Section 96 of Local Governance Act, 1998, the petitioner had asked the apex court to intervene in the matter.

The petitioner had lodged the petition last year demanding a court order to government authorities to carry out the developmental activities only by controlling pollution and garbage problem, cleaning roads by removing the garbage being dumped randomly on roads.

Stating that the smoke being produced from garbage and vehicles has been polluting the air in the Kathmandu valley, he had urged the apex court to direct government authorities to follow the Air Quality Related National Standard, 2011 and Nepal Vehicle Pollution Standard, 2013.

KATHMANDU, April 3: The Supreme Court on Monday directed the state authorities to follow the existing provisions of the constitution in... Read More...