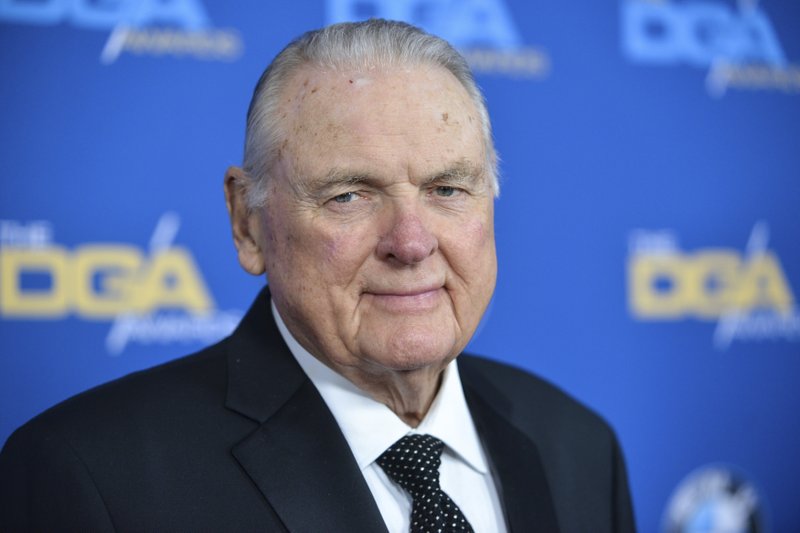 Keith Jackson laid down the soundtrack to Saturday for a generation of college football fans with phrases such as his signature “Whoa, Nelly!” From the World Series to the Olympics, NFL to NBA, he did it all over five decades as a sportscaster, but most appropriately his final assignment before retiring 12 years ago was one of the greatest college football games ever.

Jackson died Friday. He was 89.

A statement by ESPN, which consolidated with ABC Sports, Jackson’s longtime employer, announced his death Saturday. No cause was given. He was a longtime resident of Sherman Oaks, California, and died near his home there.

A native of west Georgia, near the Alabama border, his smooth baritone voice and use of phrases like “big uglies” for linemen gave his game calls a familiar feel.

“He was one of our giants,” longtime broadcaster Brent Musburger told The Associated Press. “He could do anything and loved doing it.”

Jackson might be best known for his “Whoa, Nelly!” exclamation, but he didn’t overuse it. Borrowed from his great-grandfather, a farmer, the phrase also part of a commercial Jackson did for Miller Lite in the mid-’90s. But it was no catchphrase.

“He never made anything up,” Musburger said. “That’s how Keith talked.”

In a Fox Sports interview in 2013, Jackson said his folksy language stemmed from his rural upbringing and he became comfortable with the usage through the years.

“I would go around and pluck things off the bush and see if I could find a different way to say some things. And the older I got the more willing I was to go back into the Southern vernacular because some of it’s funny,” Jackson said.

ESPN “College GameDay” host Rece Davis, who grew up in Alabama, said listening to Jackson assured him that it was OK for a national broadcaster to sound Southern.

“Some people become the voice of the sport through their expertise, which Keith certainly had. But it’s almost as if the good Lord created that voice, which sounds like what red clay ought to sound like if it could talk, to be the perfect voice for college football,” Davis told the AP.

Jackson is a member of the Sports Broadcasting Hall of Fame, and called more Rose Bowl games, 15, than any other announcer.

“When you heard his voice, you knew it was a big game,” said Bob Iger, chairman and chief executive of The Walt Disney Co., which owns ESPN.

Jackson’s death comes just three weeks after that of another sportscasting titan — Dick Enberg, known for his own excited calls of “Oh, my!” during a 60-year career.

Kirk Herbstreit was among the college football broadcasters paying tribute to Jackson on social media.

“Can close my eyes and think of so many of his special calls. Thank you Keith for all the memories and the grace in which you provided them,” Herbstreit posted on Twitter.

After serving four years in the Marine Corps, Jackson broadcast his first college football game in 1952 as an undergraduate at Washington State. He worked in radio and television before joining ABC Sports in 1966.

Jackson first announced his retirement in 1998 but returned to work. He retired for good after the 2006 Rose Bowl, when he called Texas’ upset of Southern California for the BCS championship on Vince Young’s last-minute touchdown scramble.

The Rose Bowl stadium’s radio and TV booths were renamed in his honor two years ago. He is in the Rose Bowl Hall of Fame for his contributions to the New Year’s Day game, which is he credited with nicknaming “The Granddaddy of Them All.”

Jackson was also the first play-by-play announcer on ABC’s “Monday Night Football” telecasts before being replaced in the program’s second season by Frank Gifford.

Musburger recalled doing the radio play-by-play for the 1986 National League championship series between the Mets and Astros when Jackson was on the television call ABC. The series ended in the Astrodome with a dramatic, 16-inning victory in Game 6 by the Mets.

“Keith was in the television booth right next to me,” Musburger said. “I’ll never forget when the game was over, Keith’s hand, and I didn’t know whose hand it was, but it came around the corner extension into the radio booth and he offered me a vodka after the game to celebrate what we had been through.”

Desmond Howard, who returned a punt for a touchdown at Michigan in one of Jackson’s best-known calls, tweeted that he had a hard time expressing how much Jackson meant to him, his alma mater and college football.

“May his family find some comfort in knowing how much joy he brought us for so many years and that his legacy endures,” Howard said.

Jackson is survived by his wife of 63 years, Turi Ann.

Funeral arrangements were not announced.

INARUWA, Aug 17: An elderly woman was killed after being bitten by a snake at Madhesa VDC-5 in Sunsari today. Read More...

LAHAN, June 23: A brawl between an elderly woman and her daughter-in-law led to the death of the woman at Kalyanpur-2... Read More...

Power outage in 21 places of Kathmandu Valley today (With a list of places to face power cut)
10 hours ago
Indonesia quake kills at least 42, injures hundreds
9 hours ago