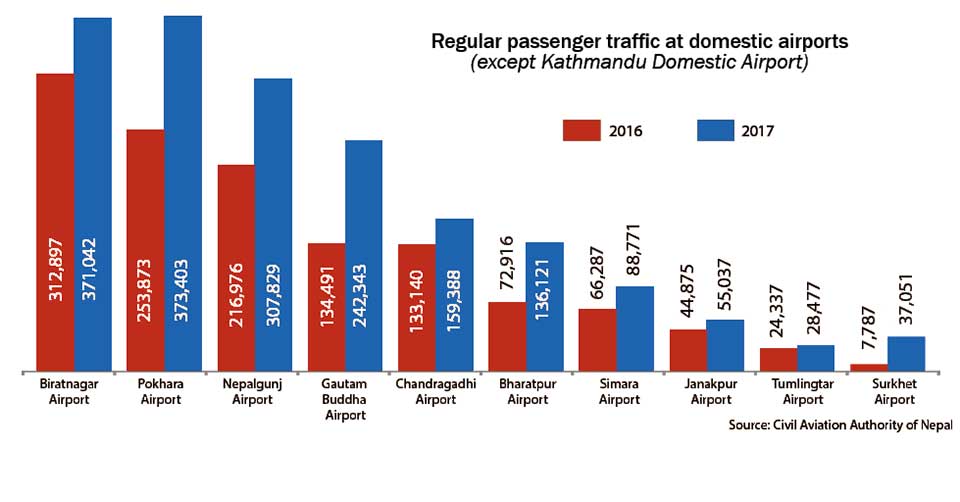 KATHMANDU, Jan 13: Domestic passenger movement has been increasing remarkably in recent years, while travelling by road is full of hassles across the country.

Besides the domestic terminal of Tribhuvan International Airport in Kathmandu, the largest number of domestic traveler movement is seen at Pokhara airport.

The CAAN report has categorized Biratnagar airport, Gautam Buddha airport, Nepalgunj airport, and Pokhara airport as hub airports.  The CAAN data shows that between January and October in 2017, domestic passenger movement had increased by 41.14 percent compared to the same period in 2016.

According to CAAN, the total number of domestic passengers reached 3.2 million in those 10 months, while the number stood at 2.3 million in the same period last year.

Along with the increasing passenger movement, domestic aircraft movement has also increased by 22.12 percent. The report said that the total number of aircraft movement was 59,063 in the first 10 months of 2016 while the number reached 75,839 in the same period of 2017.