KATHMANDU, Jan 11: 296th Prithvi Jayanti is being celebrated throughout the country marking the contribution of Late King Prithvi Narayan Shah in the unification of Nepal.

Poush 27 marks the birth anniversary of Late King Shah. He is credited with starting the campaign for a reunification of Nepal. Born in 1723 (1779 BS) on the same day, Late King Shah became king of Gorkha at the age of 20. He valued his people and enjoyed talking to his subjects about their general concerns. This practice helped him to build a rapport with his people and helped him to understand the requirements of the citizens. King Shah sealed his borders and maintained a peaceful environment except for distant relations with the British, who were refusing to trade with Nepal at the time.

He conceptualized the saying, “Nepal is a garden of four castes and 36 sub-castes” which reflects the diversity and culture of Nepal and is equally relevant in present time as well. He is said to have advocated for inclusive Nepal and respected culture of various communities.

President Bhandari and Prime Minister along with other dignitaries offered wreath in the statue of the Late King Shah situated at the western gate of Singha Durbar.

The government has declared a public holiday on this day to commemorate the contribution of Late King Shah. It is used to be marked as the National Unification Day at the state level. But the successive governments after 2006 dropped the idea, although some political parties and groups continued with the tradition on their own. 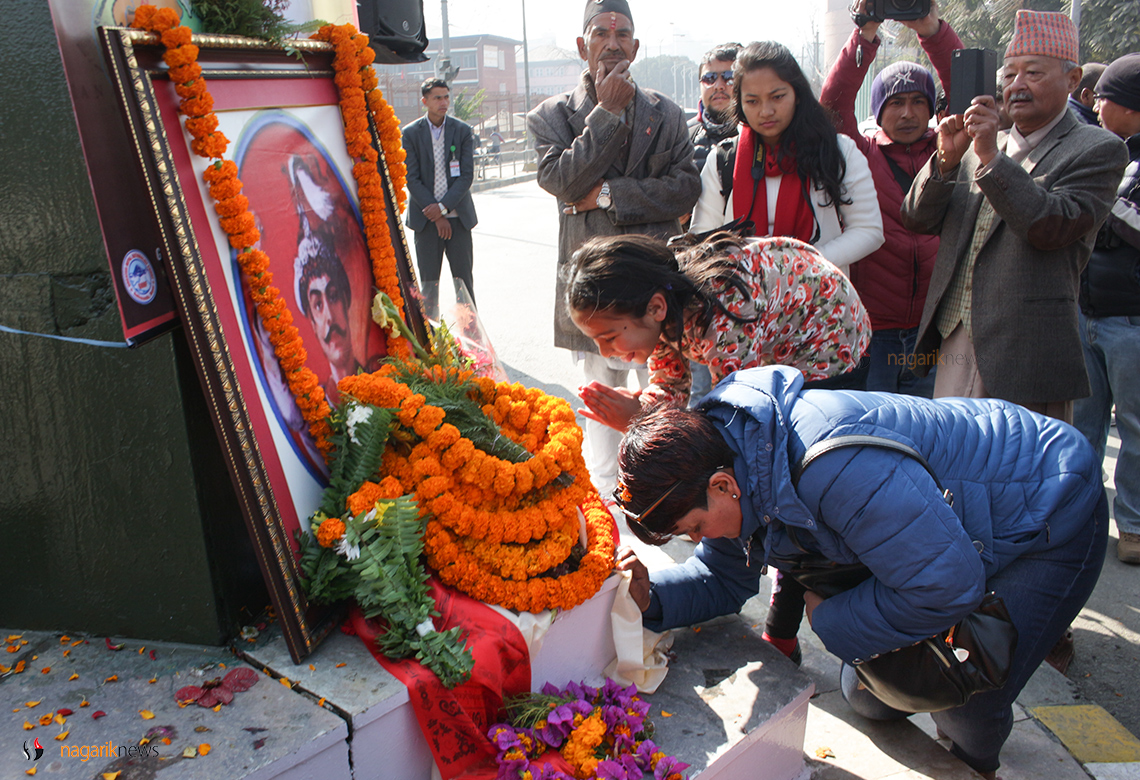 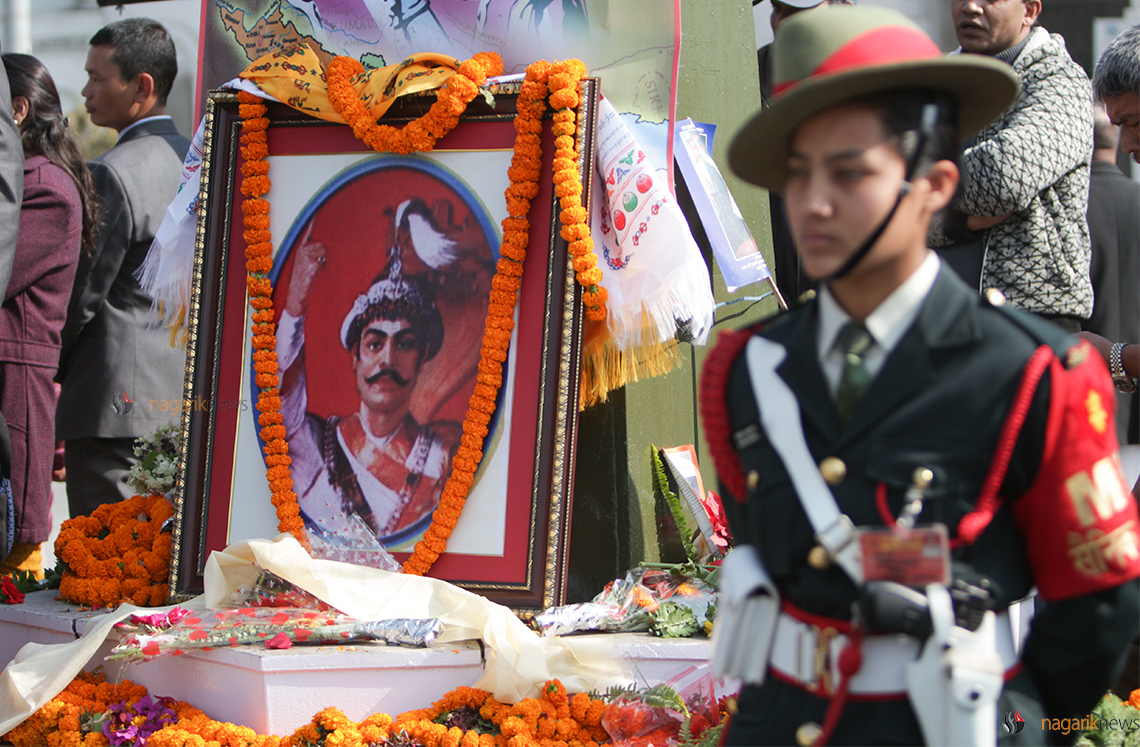 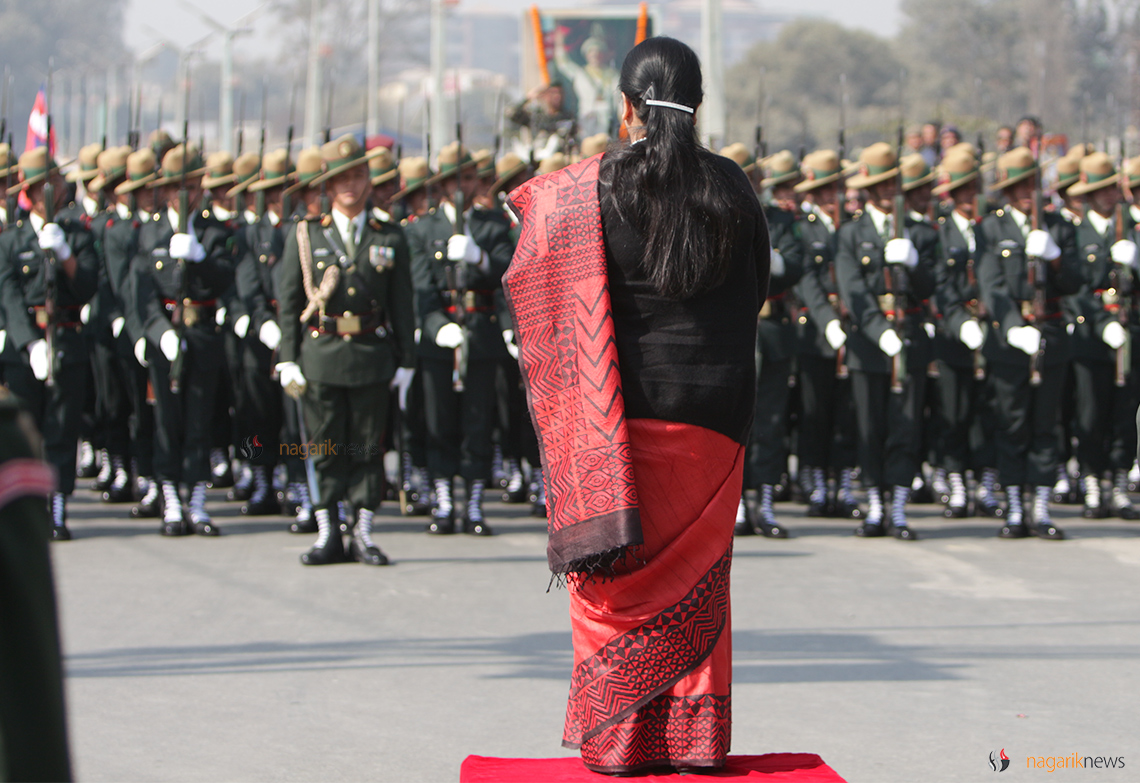 KATHMANDU, Oct 18: Kukur Tihar, the festival of dogs, is being celebrated at every household today, to mark the second... Read More...

KATHMANDU, Sept 13: The Muslims community across the country are observing the Bakar-Eid with much fanfare Tuesday. ... Read More...