Ski competition to be organized in October 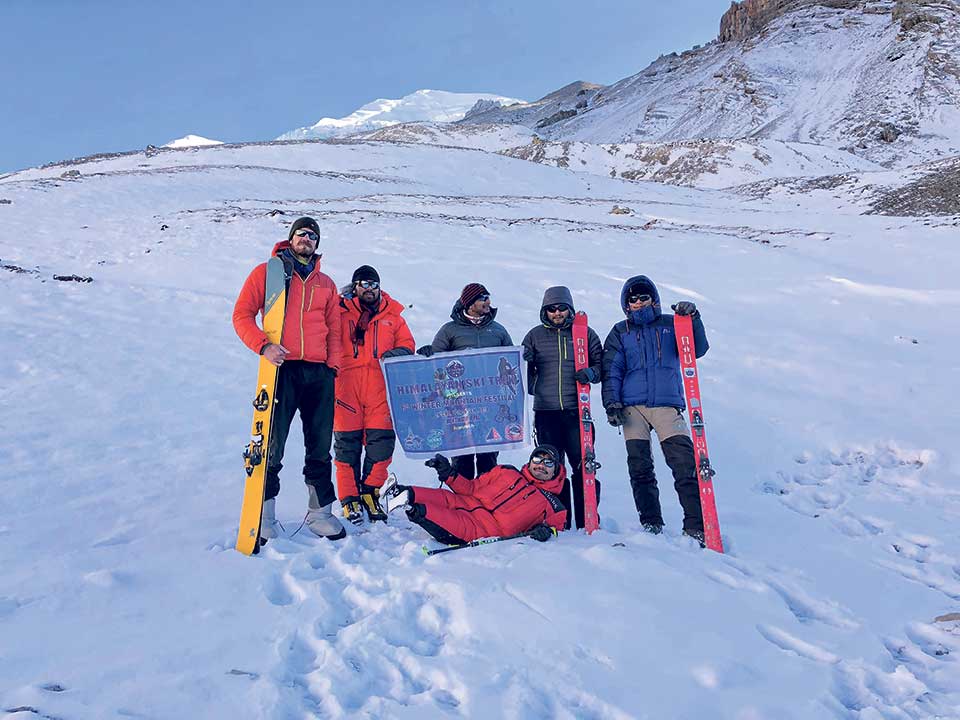 KATHMANDU, Jan 11: A five-day skiing competition is being organized in Nepal in October with the objective of promoting ski tourism in the country.

Himalayan Ski Trek Pvt Ltd is organizing Mera Peak International Ski Opener in the Mera Peak region of north-eastern Nepal on October 8-12, Krishna Thapa, founder of Himalayan Ski Trek Pvt Ltd told a press meet organized in Kathmandu on Wednesday.
“Through this event, we want to promote Nepal as a skiing destination in the international market,” Magar said, adding: “The event will help to promote Nepal as a destination of adventure tourism activities.”

According to Magar, Khaptad, Thorong La Pass and Mera Peak are some of the areas where skiing is possible almost throughout the year. “Nepal holds immense potential for development of ski tourism,” he said. “We need the support of government to exploit the potentials to the fullest and promote Nepal’s ski tourism packages in the international arena.”

Magar also said that his company has already started discussion with Nepal Tourism Board (NTB) regarding promotion and development of ski tourism.

The company had organized 6th Winter Mountain Festival 2017 in the Muktinath Region from December 28 to January 6. “The major objective of the program was to promote different adventure activities, including skiing, in Nepal. We are planning for indoor ski projects as well as ski training programs for 2019,” he added.

A total of 60 participants, including foreigners, participate in the event, according to Magar.

“We already have natural sources for skiing. All we need to do is build infrastructures for proper training. For that, we need the government’s help,” he added.

How to master the office competition and politics

Healthy competition pushes us to excel, to take chances and to better ourselves. Of course, competition has its toxic dark... Read More...