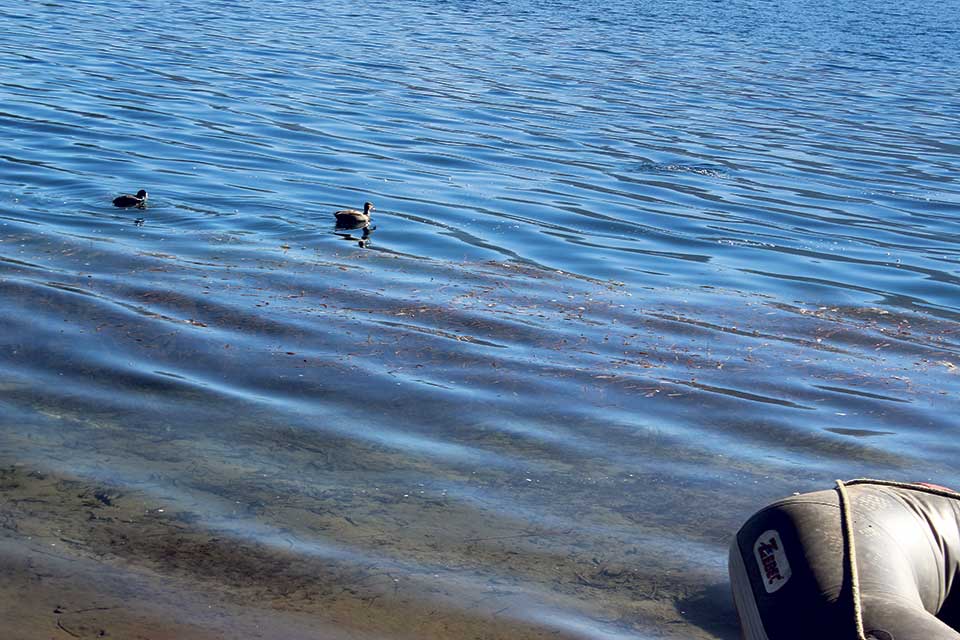 MUGU, Jan 11: Unable to bear the extreme weather in the northern hemisphere during this winter, different species of birds have started entering Nepal to escape the chilling cold.

Every year, a large number of birds from various European countries are compelled to abandon their habitats for a certain period because of the unbearable cold.

According to officials at the Rara National Park (RNP), different species of ducks, especially from Siberia, visit Rara every winter. As informed by the officials of the national park, thousands of birds flock to Rara from mid-November to mid-January.

After spending their winter in Nepal, these birds return back to their original habitats in March, informed Chandra Shekhar Chaudhary, chief of RNP. Chaudhary further informed that around 600 migratory birds have already arrived in Nepal this season while more are on their way.  Reportedly, most of them are the species of ducks.

As the water in Rara doesn't freeze in winter, RNP has been the most preferred destination for water birds.

SOLUKHUMBU, Jan 5: With the mercury dipping, locals from northern part of Solukhumbu district have left for low-lying areas including the... Read More...

BHIMDATTANAGAR, Dec 11: The perennial exodus of people towards the lowlands to avoid cold has taken place in the district... Read More...