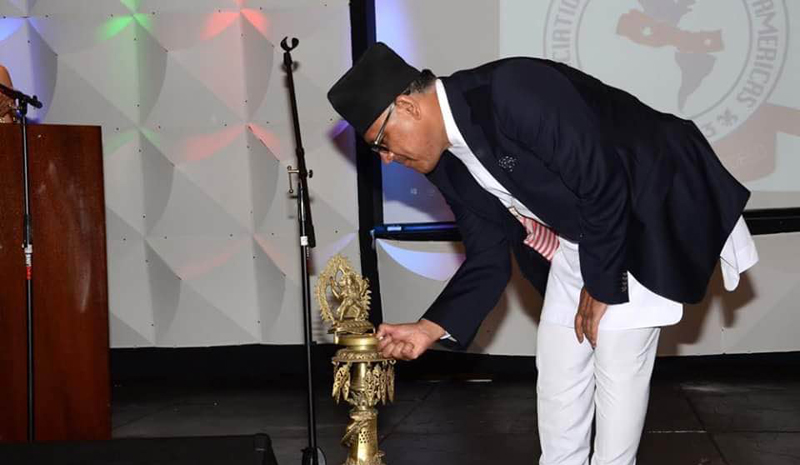 NEW YORK, July 3: The 33rd convention of Association of Nepalis in the Americas, (ANA), the oldest institution of Nepalis living in the United States, has started in Atlanta of Georgia State.

Nepal Congress (NC) leader Gagan Thapa and UML leader Rabindra Adhikari participated at the program. Speaking at the function, NC leader Thapa said that we should formulate plan now on what to do after 10 years for the country’s development. He was of the opinion that Nepalis, whether living in America, Europe, Australia or any other places, should be made partners for the country’s development.

Also speaking, Nepali Ambassador to the United States, Dr Arjun Karki remembered the support of Nepalis in the USA during the earthquake. T

here was a huge presence of Nepalis living in the United States at the program. The convention that started today will showcase various cultural performances and sports for three days.

KATHMANDU, Jan 13: The Global Youth Peace Conference-2018, organized with the objective of deliberating on the common issues of the... Read More...