No Pesticide Use Week

Use of pesticides still rampant 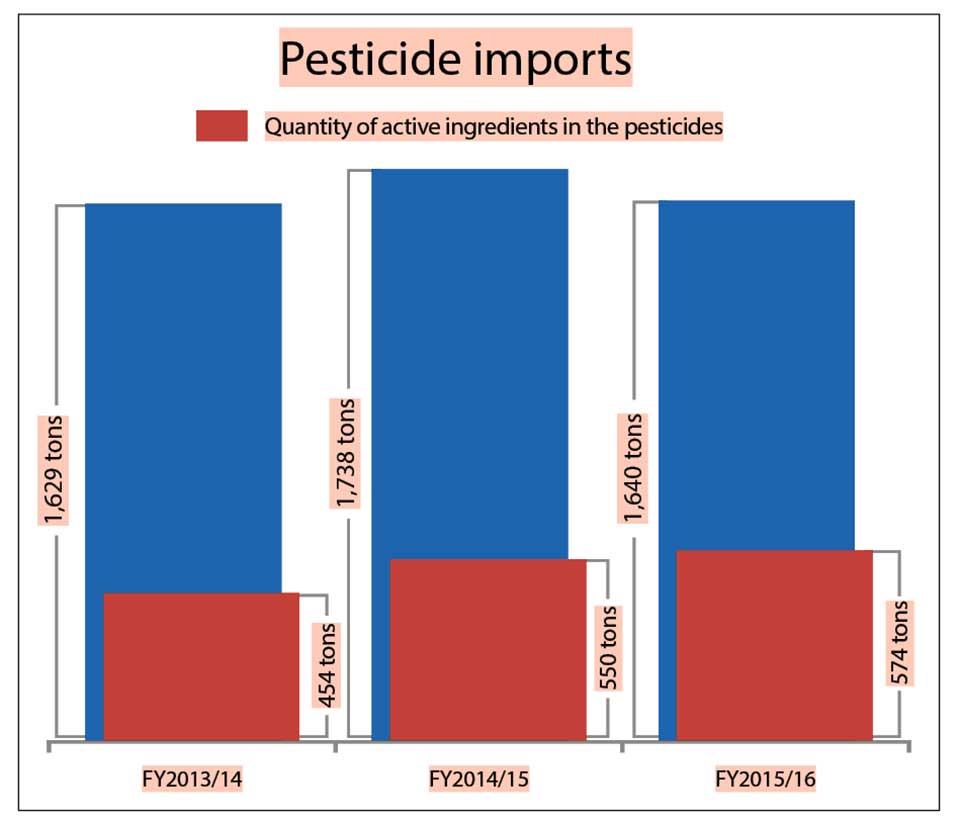 KATHMANDU, Jan 3: Awareness programs aimed at curbing use of pesticides and insecticides have largely been a failure.

Though the government has been organizing 'No Pesticide Use Week' since 2013, import data of such harmful chemicals reveal that there is no substantial change in the quantity of pesticides imported in the country.

Dual policy of the government of allowing the import of pesticides and also making attempts to discourage its use has emerged as a major problem, according to experts.
Officials of the department, however, say that high import of pesticides is related to rapid commercialization of agricultural sector.

“Every farmer wants to increase their yields. It is natural for them to use pesticides for better output,” Subedi said, adding: “Commercialization of agriculture has emerged as the major obstacle in pesticide control.”

About 200,000 people die annually from the toxic exposure to pesticides across the world, according to the United Nations.

Meanwhile, 'No Pesticide Use Week', a campaign used by Plant Protection Directorate (PPD) of Ministry of Agricultural Development (MoAD), started throughout the country on Monday. Rallies, awareness programs, interactions against use of pesticides are some of the programs that the department is organizing this week.

Rampant use of abortion pills puts women at risk

SURKHET, Oct 23: A girl of about 13 entered a medical store at Pushpalal Chowk, Nepalgunj and asked whether abortion pills... Read More...

Are we making the best use of the Internet?

​Who is that character you saw in the Game of Thrones just a few minutes ago? Look it up on... Read More...