Temporary police to spend earning on his education


KHOTANG, Dec 25: Pawan Rai served for two months and earned Rs. 52,000 as temporary police in Khotang. A resident of Bahunidada of Halesi Tuwchung municipality-1, Rai plans to invest the earning in his education. “I’ll save a minimum of 30,000 rupees after clearing the hotel’s dues. I’ll give some of the money to my parents and use the remaining on my studies,” Rai, a 12th grader at Chayasmitar Higher Secondary School said.

Bhuwan Rana, like Rai, plans to invest his earnings as temporary police in his education. After completing grade 12, Rana come to Diktel to work as a laborer to make ends meet. However, he enrolled in the temporary police duty. “I have saved Rs. 36,000 after clearing my food dues,” Rana said. “I’ll work for a month as laborer, earn additional income and enroll in Bachelors degree.”

Altogether, 982 temporary police were hired in the district. On Friday, they completed their two months duty and were given a farewell. Majority of temporary police enrolled in Khotang were students. With sufficient savings, the students now plan to buy uniforms, books and stationaries and continue their studies.

Some of the students shared that they had enrolled as temporary police to support their studies. As temporary police, students not only were able to earn for their studies, but also able to make new friends and get to know military rules and disciplines. With new learnings, many have even planned to enter active service duty in the police.

“We saved for our education and got to know rules and regulations of the police,” Lal Bahadur Bhujel of Bahunidada said. “For a short time, we had an opportunity to serve the country,” Bhujel, a student in India had enrolled as temporary police when he returned home for Dashain festivals.

Many parents shared that they’d keep the money for their children’s education. Some have planned to use it for daily house errands, clear loans and buy clothes.

“My daughter studies in grade 2 in a boarding school,” Mina Mugranti of Rupakot Majhuwagadi municipality-5 said. “We stayed as a family. I’ll use the money for her education.”

DSP Lokdarshan Thapa said that the temporary police were able to have better saving as the police had urged hoteliers to keep food prices low.  “Many hoteliers agreed to keep the prices low,” Thapa said. 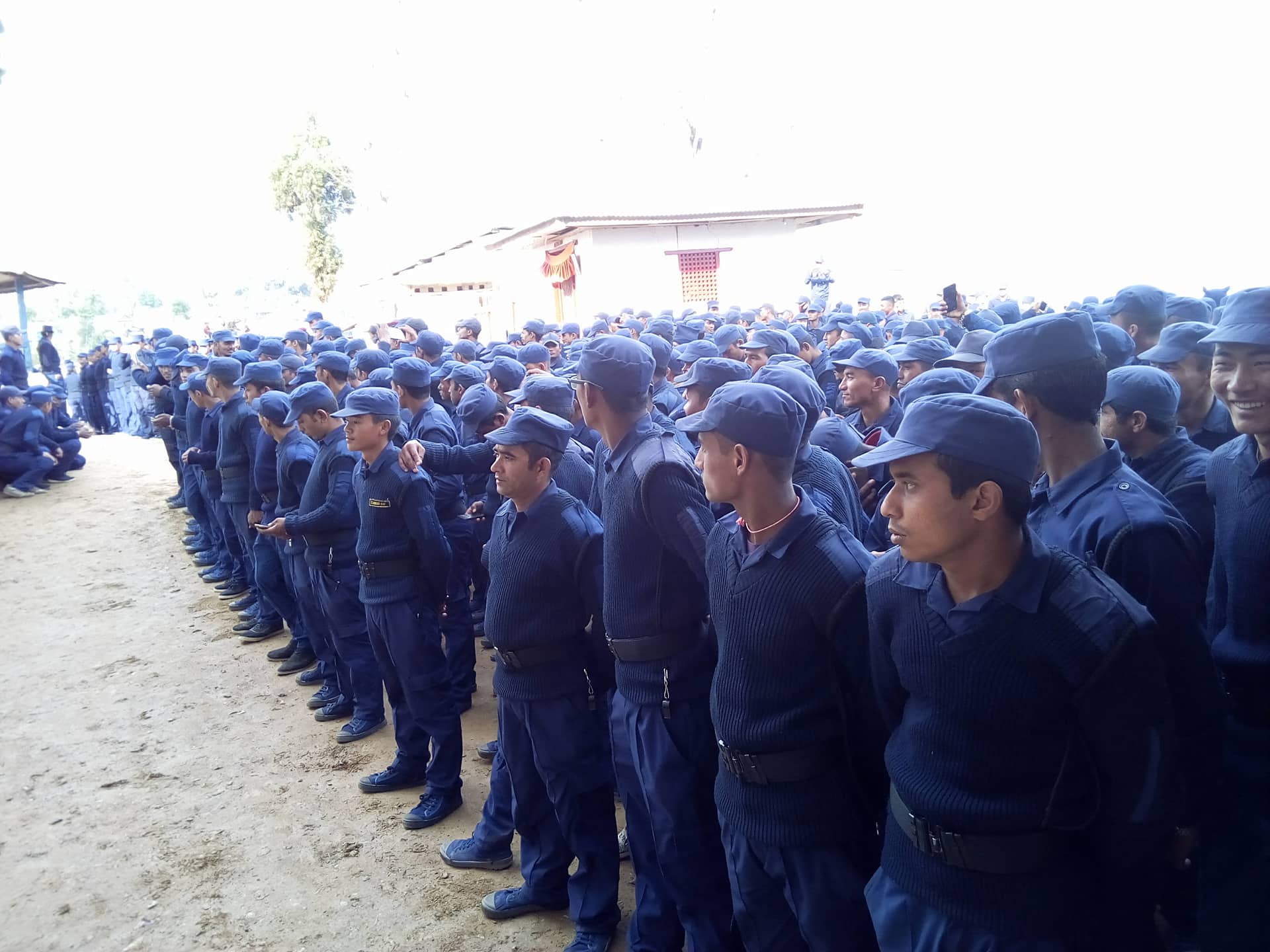