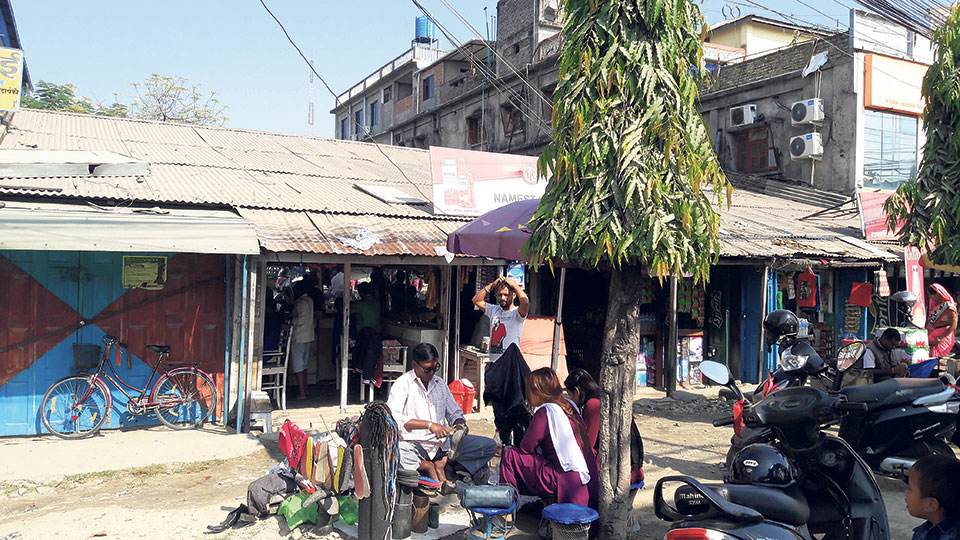 DAMAK, Dec 23: About one and a half kattha of land belonging to Biratnagar Jute Mill has been encroached in Damak of Jhapa district.

Even some physical structures have been constructed at the encroached land that is part of over nine kattha of the mill’s land in Damak.

“We have got the information about encroachment of the mill’s land,” said Nilhari Kafle, managing director of Biratnagar Jute Mill. “We are planning to build commercial building in the land. We will take due action to get our land back.”

Lack of regular monitoring created this situation but now the mill has taken action for proper management of land, Kafle added.

The land is located near the sky bridge at the main chowk of Damak.

Small shops have been opened at the northern part of the land while southeastern and western parts of the land have been encroached.

Rai said he has been looking after the land since 2003 paying Rs 9,500 per month as land rent. But on June 3, 2016, the jute mill administration directed him to leave the land.

“The land was left unused since 2001 and I have been taking care of the land since 2003,” Rai said. “But then suddenly they cancelled the agreement.”

He further said that the jute was indifferent to his request for payment.

“It took Rs 700,000 to level the land during that time period,” he said, “I requested them to compensate my expenses with the land rent, but they refused to do so. And all of a sudden, they cancelled the agreement.”

Rai further claimed that he was paying monthly rent to the jute mill after the administration of the mill promised him to pay him afterwards.

However, the mill management said that they canceled the agreement with Rai because it was illegal.

“Former directors of the mill have been found using the property of jute mill,” Kafle said, adding: “That is why we have decided to build a commercial building on that land.” But on the other hand, Rai has kept on claiming that he has to get refund for his expenses of land management for more than a decade while the jute mill administration said that his claim was dismissed by the district court of Jhapa so the mill is no more obligated to pay him.

KANCHANPUR, Jan 4: People have encroached on community forest land at Krishnapur Municipality-1 in Kanchanpur in the name of landless... Read More...