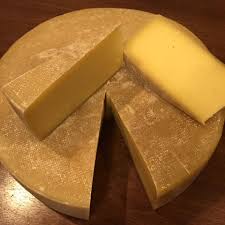 RASUWA, Dec 15: Cheese (yak) around Rs 59 million was produced in the past seven and half months in Rasuwa, a mountainous district. Such an amount of cheese was produced from four cheese production centres based in different locations.

Cheese production centres based in Chandanbari, Gatlang, Langtang and Dhunche witnessed an increase in the production this time (from mid-April to November 1) compared to the correspondent period last year, the Dairy Development Corporation (DDC), Rasuwa said.

According to the DDC, Rasuwa's assistant record keeper Shiba Dahal, a total of 33 thousand 882 kilos of cheese and 11,414 kgs of butter were produced from there.

Likewise, demand for cheese produced in the district is increasing. Cheese produced in Langtang is consumed at the local level while production of remaining three centres is supplied through the DDC's Kathmandu- based central storage Lainchaur. RSS

ILAM, Aug 19: Ilam, a frontrunner district in dairy production, has produced 123,740 metric tonnes of milk in the last... Read More...

RASUWA, Nov 20:  An Improvised Explosive Device (IED) was found near the house of Mohan Acharya, a candidate for the... Read More...