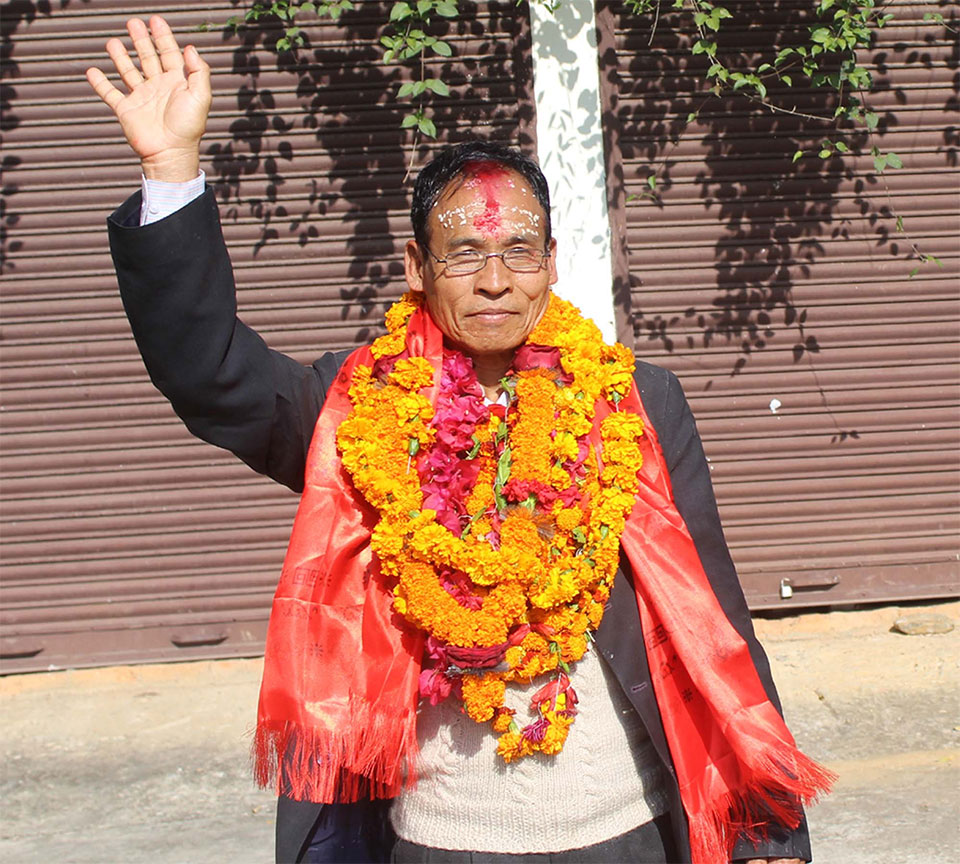 SYANGJA, Dec 12: CPN (Maoist Center) candidate for Syangja-1 (A) Dipak Thapa has been elected to the Provincial Assembly. Thapa defeated his closest rival of Nepali Congress Kamal Prasad Pangeni with a margin of 2, 726 votes.

Thapa secured 21, 666 votes while his rival Pangeni got 14, 392 votes. Thapa is the central advisory council member of the CPN (Maoist Center).

Pangeni was the president of the Syangja District Working Committee of Nepali Congress.

Of the total 53, 348 voters, 33,495 had cast their votes in the December 7 elections, of which 703 votes had been invalid, Returning Officer Ramesh Kanta Adhikari told Republica Online.

Baidya Maoist to compete in polls