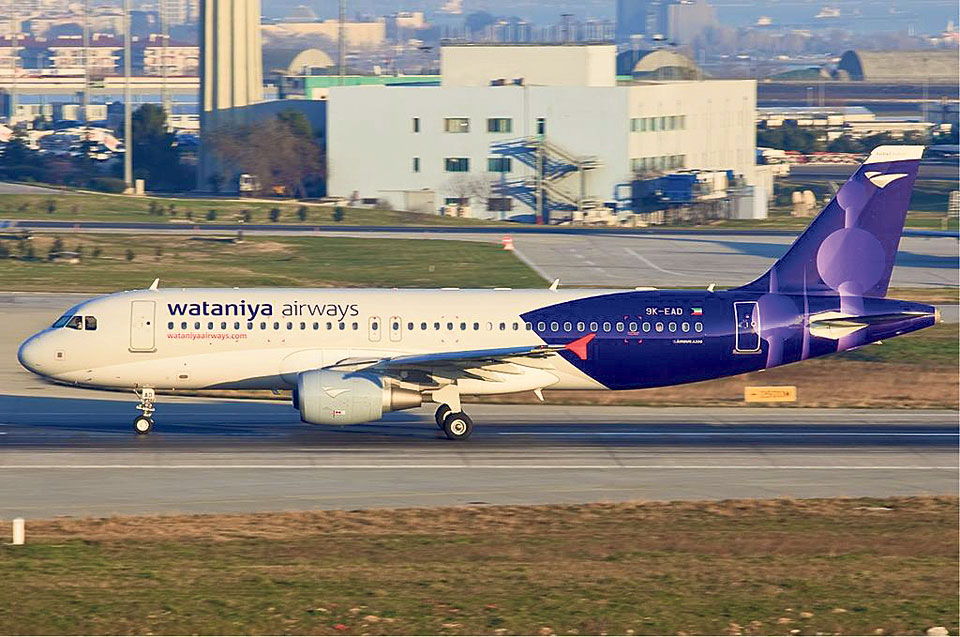 The airways is beginning the direct flight to address growing travel demands of migrant workers working in Kuwait. Receiving an operating authorization from the Ministry of Culture, Tourism and Civil Aviation (MoCTCA) on October 30 this year, the first flight was scheduled to come into operation on November 29. However, the airways had rescheduled the dateline.
Pramod Nepal, under secretary at MoCTCA, said that some technical errors might have occurred so the airways rescheduled its flight operation to December 6.

“We had completed all the paperwork for flight operation. Flight operation date was rescheduled by the airways,” he said. “They might have encountered some technical problems.”

The first flight of Wataniya Airways will depart at 3:30 pm (local time) from Kuwait and will land in Kathmandu at 11 pm (local time). It will be operating six flights a week. The flight is expected to benefit Nepali migrant workers going to Kuwait. Currently, passengers have to use Saudi Arabian route to travel to Kuwait. With this flight operation both time and money will be saved, said Nepal.

“The ministry has permitted direct flights between Kathmandu and Kuwait considering the Nepali migrant workers. Many Nepalis are working in Kuwait right now and they have to travel Nepal from Kuwait through transit at Saudi Arabia which is a bit burdensome,” he said, adding: “So this flight will benefit them with hassle-free and cheaper travelling.” He further said that the new flight will also help to increase number of foreign tourists to Kathmandu via Kuwait.

Currently, there are around 100,000 Nepalis in Kuwait. During the period of October to mid-November, 1,675 persons received work permit through manpower agencies and 1,199 via personal applications, according to the data of Department of Foreign Employment (DOFE).