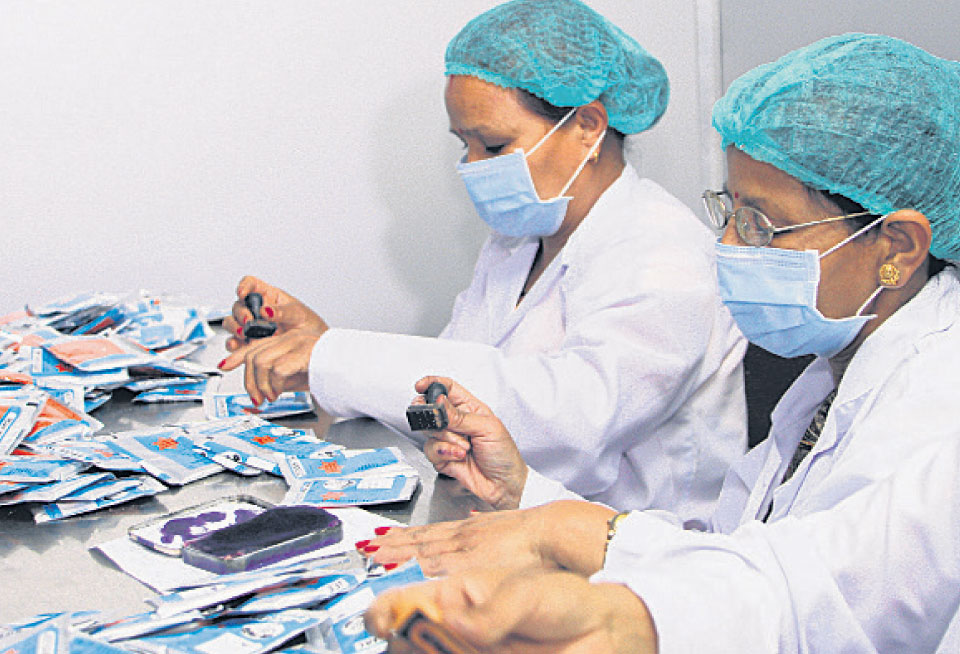 KATHMANDU, Dec 5: State-owned Nepal Drugs Limited (NDL) will take two more months for resuming production of Cetamol, its own brand for paracetamol. The NDL had previously rescheduled the production deadline for November, 2017.

General manager of the NDL, Robash Kusam Subedi, said that despite the delay, they were determined to restart production within two months.

“Of course we got late on our work and we have been postponing the dates. But this time we will complete our work on time,” he said. “Seventy-five percent work of renovation has been done at factory area for cetamol production. Rest of the work will be completed soon.”

Earlier, the NDL had stated that the implementation of Goods and Service Tax (GST) by India had caused delay in import of raw materials. Subedi claimed that problems related to raw materials and technologies have already been sorted out.

“When GST was implemented on July 1 this year, they started taking 18 percent tax on every good that we imported. It delayed the import of raw materials from India,” he said adding, “Indian customs removed GST since October. But that decision again created confusion to the exporter and they took a little more time to fix the rate on raw materials.”

“Our factory was not a technology-friendly factory. So we are installing new machineries and technologies for resumption of Cetamol production,” Subedi said. “When the NDL was established in 1982, the requirement of the factory was different. The NDL failed to meet the international standard but now we will be working as per the international criteria.”

The NDL resumed production of Jeevan Jal, an oral rehydration salt (ORS), on May 7 this year. Along with Jeevan Jal, the NDL is currently producing distilled water and glycerin.
“It is quite difficult to compete with private companies but our products will not comprise on quality. To us, quality matters more than profit. After the completion of factory renovation, we will bring new products every other month,” Subedi added.

Establishing in 1972, the NDL was shut down in 2009 after failing to meet the criteria of Good Manufacturing Practices (GMP) set by the World Health Organization (WHO). The company used to produce 120 types of allopathic drugs before its shutdown.

KATHMANDU, Dec 27: Nepal Drugs Limited (NDL) has said that it would resume production and distribution of its paracetamol brand, Cetamol,... Read More...

KATHMANDU, Sept 12: The resumption of Cetamol production by the state-owned Nepal Drugs Ltd (NDL) has been rescheduled for November... Read More...