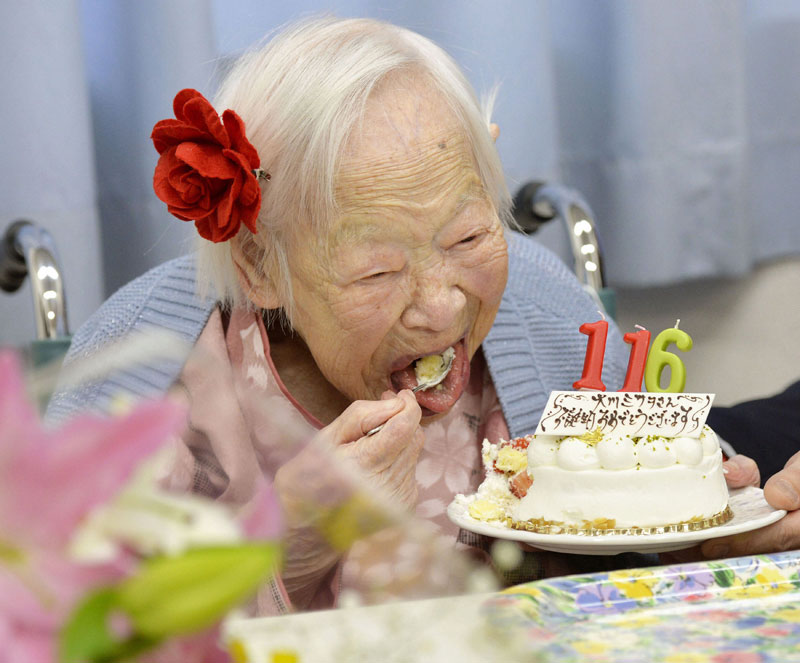 New data from the country’s Ministry of Health, Labor, and Welfare reveal Japan has broken its own record for most centenarians by population for the 46th straight year.

In other words, no country on Earth has a larger percentage of people who have reached their 100th birthday.

The feat sounds positive, especially in a country where longevity is so prized that September 19 — Respect for the Aged Day — is a national holiday in which members of the 100-plus club traditionally receive a silver sake dish. But having so many people live that long is actually becoming a burden on the nation’s economy.

Seniors, though revered, are eating up resources at a pace younger generations can’t match.

Since the country only seems to be getting older, the government has decided that 2016 will mark the first year Japan swaps out its pure-silver dish for a cheaper, silver-plated alternative. New inductees will also receive a letter congratulating them on the accomplishment.

And the fall of the sake dish is not the only challenge Japan faces in dealing with its ageing population.

Nationwide, an entire generation of Japanese citizens — going on two generations, in fact — are entering retirement age. Of the 127 million people who live there, roughly 25% are over 65. (Baby Boomers, by comparison, only make up 13.5% of the total US population.) By 2060, the proportion of people 65-plus in Japan could rise to 40%.

On top of that, the generations that are supposed to replace the elderly aren’t reproducing. Countries need a “replacement fertility rate” of 2.1 births per woman to keep the population from shrinking. Japan’s fertility rate is 1.4 — the result of women focusing more on their careers and the long hours that workers typically spend at the office.

As a result, the country’s economy has been shrinking for decades.

This dangerous mixture has led to what economists call a “demographic time bomb” — a doomsday-type scenario in which Japan could actually go extinct if it doesn’t encourage its young people to start having kids.

In the face of these looming economic threats, spending less on sake dishes starts to seem like a pretty smart idea.