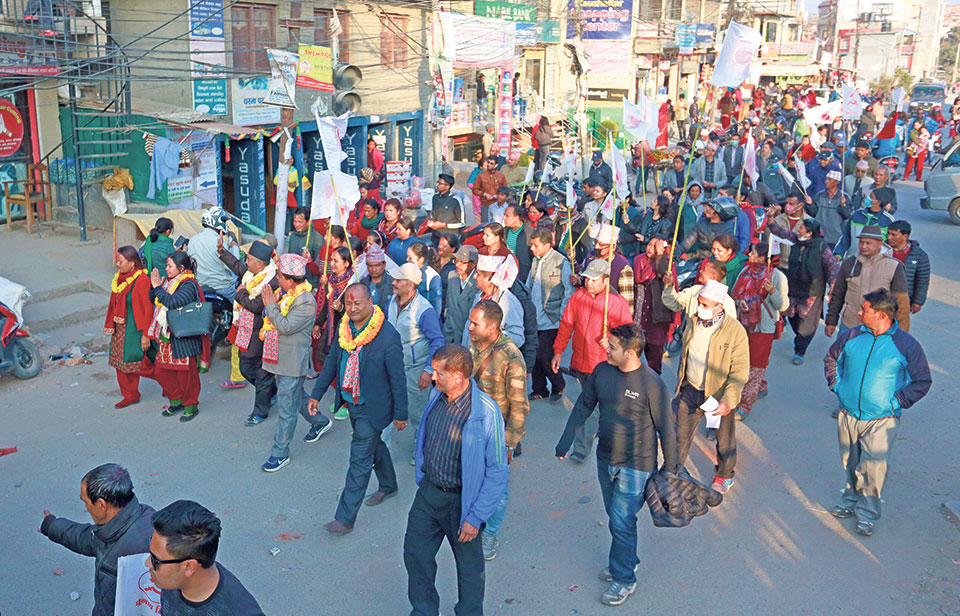 We have been having more than our fair share of election mania lately, what with our recent history of holding elections on a biennial basis. Every time an election is announced, the circus seems to come to town. You would think that with the election overdose of the last few years, at least some of us would be sick of it by now, travelling all the way home to cast our vote for some political dilettante or the other with no real interest in serving their constituency. But no! We love our elections and I have heard people say this is the real deal. But just because the ones before were Constituent Assembly elections don’t make them any less of an election.

After all it’s the same assorted sideshows, the same bleeding euphoria, the same flags and dopey ‘mundreys’ with their dodgy haircuts and motorcycle rallies, the same noisy racket culminating, ultimately, in the same anti-climax. It’s not the act or rationale of voting, just the build up to the elections that is so damn nauseating. I, for one, can’t bring myself to jump on the optimism bandwagon every time it rolls around during elections because only in Nepal is the act of holding elections seen as the end of the democratic journey – a box to be ticked. An achievement in itself rather than the means to an end.

Here, the winner takes it all and then promptly forgets about all the people and issues that got them elected in the first place. Talking about issues, elections tend to be contested on a person or party’s stand on specific issues in just about every part of the world. How many parties in Nepal contest elections on issues? Not many. Here, it is all about apotheosizing the same characters who have done next to nothing throughout their political careers and then playing up their personalities to make them seem like statesmen extraordinaire. All we really do, in the run up to the election, is focus on the clash of this ‘political heavyweight’ against that one, like some third-rate wrestling contest.

Our TV and news outlets are guilty of glorifying these personality contests with fancy graphics and titles not unlike those regressive TV serials from the south. Just watching Nepali news channels during these times is an exercise in endurance – TV channels and all too eager hosts scrambling to find a new (and often ludicrous) angle to cover the elections and candidates. For some of us, this election is particularly excruciating with the compulsory analogue to digital TV switch, meaning we only get Nepali channels for the time being. And most of them are filled with ‘interaction’ programs with all manner of experts.

‘Where do they get these people’, is what I would think before coming to the realization that political knowledge in Nepal is a lot like medicine – everyone is an expert. Elections, or rather the build up to them, seem to contribute very little to the national discourse. On the contrary, it tends to dumb it down rather than stimulate it. I don’t know about you but I have absolutely no interest in fear mongering, listening to one party vilify another, and watching our politicians talk the talk and travel across their constituencies in their huge entourages like B-grade South Indian villains. In a nutshell, that is all that really precedes an election here and this spectacle is repeated every election cycle irrespective of the type of election.

While these personality clashes and one-upmanship may be a real highlight for most party supporters, it’s all exasperating for a person like me not aligned to any single party. It really doesn’t matter who wins – all we want is development and progress. That development and progress, listed out in all party manifestoes, could have been initiated in the intervening years without standing on ceremony for these types of elaborate electoral exercises. Despite the repeated changes of government and the excuses, we really didn’t have to be in a state of developmental stasis all these years. I mean all the excuses didn’t exactly stop our politicians from doing the things they wanted to. Just shows you that talking the talk – aka all the fluff in the party manifestos – is a lot easier than walking it.

I don’t know who is going to win. Unlike the experts on TV, I’m not one. However, there is no shortage of confident astrologers – the best among them being our very own Confucius, Mr KP Oli who knows exactly what he is going to do, not if but when he wins. I don’t think even Hillary Clinton was that confident of her prospects last year. He may well be right but if there’s one thing I know about politics – a little realism saves a lot of disappointment later.

Our parties will certainly not live up to their tall election promises but what we hope this election does – in line with its purpose – is change the status quo and bring about an end to this kleptocracy we have been saddled with for the last decade or so.

Despite all my ranting and raving at the build up to it, elections are a necessary if somewhat convoluted exercise. One of my favorite proverbs is an old Polish one that goes ‘not my circus, not my monkeys’ which roughly translates into ‘this is not my problem’. Unfortunately, for me and others like me, this is our circus and these are our monkeys.