Lost in my own land 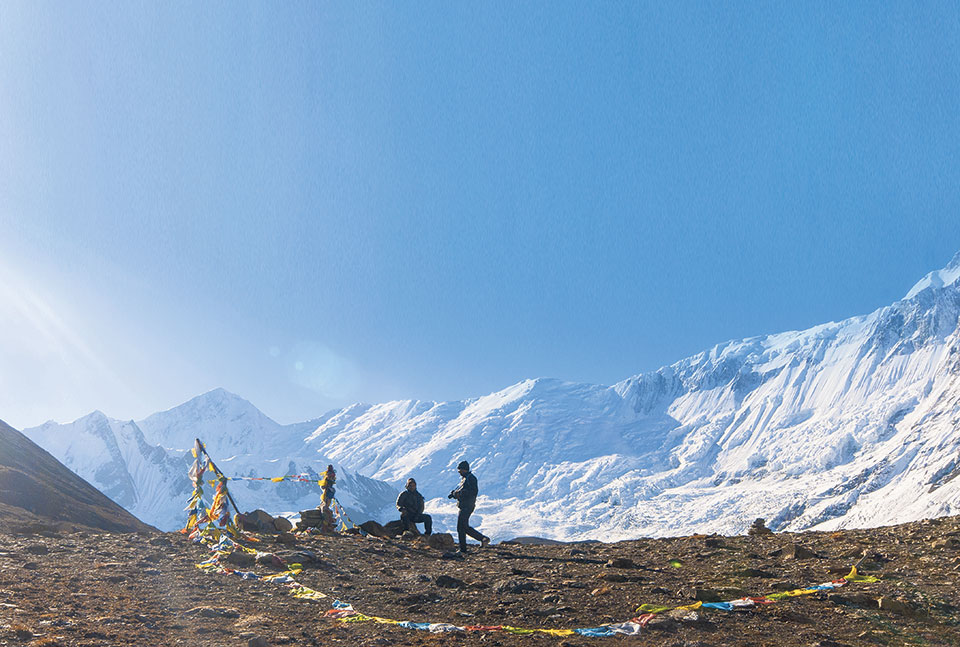 Sandeep Paudyal, who has been to many trekking expeditions in Nepal, says that everywhere he has gone foreign tourists have always been given preferential treatment. “It feels weird to say this but I have been a victim of racism in my own country,” says Paudyal sharing an instance of how a room they had booked during a trek to Annapurna Base Camp had been given to some foreign tourists by the time they reached the hotel.

“We had booked the room well in advance and even called them when we were on the trek but despite that they gave the room to foreigners and merely shrugged when we asked why,” says Paudyal.

The Nepal Tourism Board had initiated Ghumphir Barsa (year) 2073 campaign last year to promote domestic tourism in Nepal. The year-long campaign was organized to encourage Nepalis to travel within Nepal. While local tourists were encouraged to boost the tourism industry of Nepal post the earthquakes that drastically reduced the number of foreign tourists coming into the country, increasing prejudices against Nepali tourists and bad treatment at tourist hubs have discouraged many from travelling within the country.

Paudyal was not the only Nepali who has had to face problems stemming from prejudice. Apparently, giving rooms to foreign tourists without informing Nepalis who have actually booked them in advance is very common in these trekking routes. “Nepali visitors are often frowned upon in most tourist destinations. I have been to two long treks till date and at both the places I felt unwelcomed,” says Xebish Maharjan who is currently working in Qatar.

The service given by the hotel or restaurant owners to foreigners is also drastically different from the service that Nepalis usually receive. “I remember asking for a glass of hot water to drink while trekking. I was ready to pay whatever the shopkeeper asked for. Their response was that there was no water for Nepalis and that they were saving hot water for foreign tourists,” says Rishav Adhikari, a travel photographer.

Paudyal confesses that he often found himself comparing the hotels in the Annapurna circuit to a refugee camp. He says hotel owners there are apathetic towards the plight of Nepali tourists and guides. “I remember a night when my friends and I were not given beds, mattresses or even blankets at one of the homestays. Thankfully, all of us had sleeping bags but the porters who had gone with us slept hugging each other. They had nothing but their body heat to keep themselves warm. Foreigners, on the other hand, were provided extra mattresses and blankets,” says Paudyal.

When this scribe questioned Rashmi Acharya, tourism officer at Annapurna Conservation Area, about the inhuman treatment of Nepali tourists at various trekking routes, she said, “International tourists come from different parts of the world.  For us, guests are equivalent to God. They have to be given preferential treatment. While training homestay and hotel owners, we ask them to make foreigners their first priority because during peak season we often face lack of resources. I guess it is justified.”

However, even tourist guides seemed extremely disgruntled with this mindset. “We have to brace extreme weather conditions and most of us do not have health insurance,” says Ritesh Sapkota* (name changed), who works as a guide at the Annapurna trekking circuit.

The chief executive officer of Nepal Tourism Board, Deepak Raj Joshi, was questioned about the plight of guides and porters on these routes. He said, “All guides who go for these long trekking routes have to be authorized and need to be given health insurance by their respective companies. If they have not been given health insurance, they can register their complaints at NTB. Strict actions will be taken against such companies.”

While it is very easy for authorities to say that lodging a complaint can solve all their problems, what is conveniently sidelined is the fact that these porters and guides often don’t have the means to come to the capital city simply to lodge a complaint against the company they work for. Now let’s assume that they did lodge a complaint and their company closed down due to NTB’s strict actions. This puts them at a disadvantage because, in the lack of a job alternative, they have lost their only source of livelihood.

Last year NTB organized more than 37 events highlighting different festivals and extensive promotion was done on social media and numerous regular exhibitions were organized to promote domestic tourism. But, at the end of the year, Nepalis who actually travelled to ‘experience the beauty of Nepal’ felt disappointed and even humiliated in many occasions. “Trekking can be an amazing experience in Nepal. I could trek the entire Annapurna circuit many more times. But people there treat us in an extremely unpleasant way. I don’t think I will go for another trek in Nepal,” says Paudyal.

According to Ram Ghimire, managing director of Well Nepal Travel, these prevailing prejudices against domestic travelers may be a result of various personal factors. Firstly, he says, many Nepalis who go for treks make a lot of noise and disturb other guests. Secondly, domestic tourists also don’t keep bathrooms clean. This causes inconveniences for other tourists. And lastly, Nepalis bargain for small things and that’s annoying for the other guests as well as the hotel owners. “I think it’s because of these reasons that Nepalis are often not the preferred occupants at hotels and homestays,” says Ghimire.

However, surprisingly, these prejudices last only as long as the peak season, that is from October to November. “The experience of Nepalis during the off-season is completely different. Many even suggest Nepalis to go for a trek during the off-season. But should I not be allowed to enjoy the beauty of snowcapped mountains when it looks the prettiest?” questions an incredulous Adhikari.
“If you go during the peak season, you become a liability to the hotel owners and guides. They can extract much more money from foreigners. So they will not care about Nepali travelers. But during off-season, when there are very few travelers, Nepalis become a blessing for them. Do you see the difference now?” adds Paudyal.

Then there’s also the issue of money. A lot of people in our country cannot afford the exorbitant rates trekking agencies often quote. “Nepal’s average income is extremely low. People like me who fall in the middle-income group cannot afford to go for treks. I love going for short hikes around Kathmandu valley but I cannot afford to spend more than Rs 50,000 for a trek,” says Rajkumar Pudasaini, a theatre artist.

However, according to Machindra Acharya, manager HR and Administration at Trekking Agencies’ Association Nepal, the campaign, Ghumphir Barsa 2073, did increase the number of domestic trekkers travelling to different parts of our country. But due to the lack of systematic record of domestic travelers, the exact figures are unknown. “More concrete data would help us push the government to make domestic tourist friendly policies,” says Acharya.

NTB also had its own grievances to share. “NTB has not been able to keep a proper record of domestic tourists because of the political instability in our country. Once the federal structure is formed and stable institutions and agencies are in place, we will definitely be able to keep concrete data,” says Ghimire, manager at NTB.

Nevertheless, the perception about Nepali travelers in these tourist hubs is slowly changing. “The entrepreneurs there have started noticing that Nepali tourists spend more money on food and other luxury activities than foreigners. Most Nepalis buy drinks and a lot of food when they are on a holiday while foreigners follow a very strict diet and budget. They are starting to realize that it’s the Nepalis who are actually a good source of income,” says Ganga Raj Thapa, proprietor of Nepal Hiking Team Pvt. Ltd.

The president of NTB, Joshi, adds that people in the hills already have fixed ideas about Nepali, Indian, Chinese, Korean, and Western tourists. And it’s because of these preconceived notions that they treat each tourist differently. “It is very difficult to break these prejudices but because of the rise in domestic tourism things are slowly changing. They now have realized that Nepali tourist can spend equally and even more than foreigners,” says Joshi adding that he encourages more Nepalis to travel to different parts of the country and, he believes, with the rise of domestic tourism people’s perception will change and most of these problems will surely be solved. However, he also laments that until then these niggles might just be something we have to occasionally deal with.

Discovering my own country

One of my goals this year is to travel more within Nepal. I have a foreigner colleague who knows more... Read More...

Jagdamba Supershine and Jagdamba Galva+ continue to be exported internationally
22 hours ago
If you want to seek your property share, go to Baluwatar: MP Agrahari
6 minutes ago

Fugitive arrested from his house in Jumla
43 minutes ago