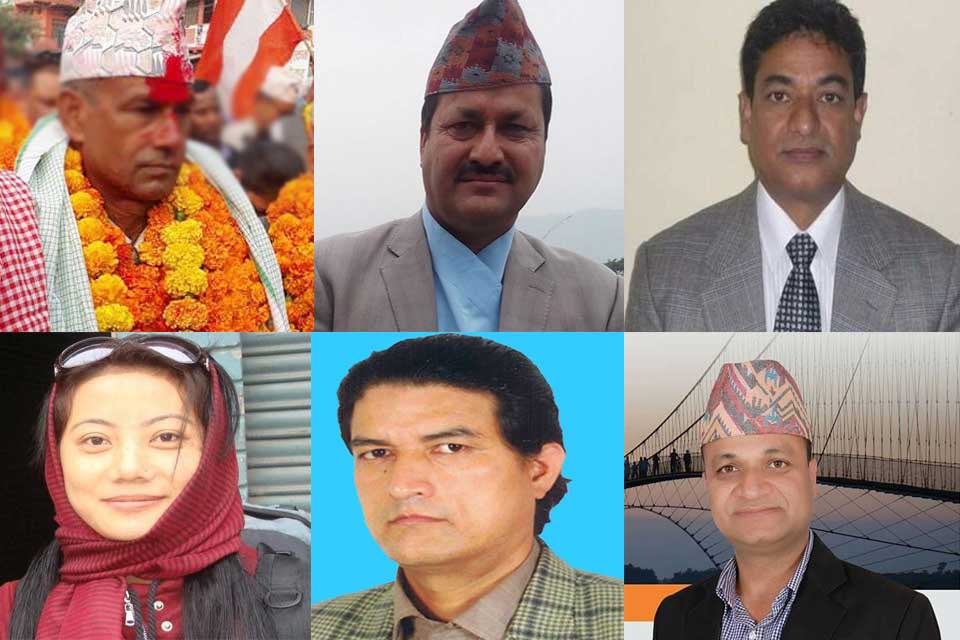 KANCHANPUR, Nov 30: With the second phase of elections to the House of Representatives and Provincial Assembly is just a week ahead, election fervor has gripped Kanchanpur.

Political parties, leaders, and cadres in Kanchanpur have expedited their election campaigns. Besides, various social media are also being massively used to turn table in their favor in the elections.

With three constituencies in the districts, 14 political parties are vying for three posts in the House of Representatives.

Bina Magar from the left alliance and Diwan Singh Bista from Nepali congress are contesting the elections to the House of Representatives.

NP Saud and Ramesh lekhak, who are former ministers and central committee members of Nepali Congress had been elected to the parliament members - in 1999 and 2013 from constituency 2 and 3 respectively.

They are now contesting with the common candidates of left alliance – Saud contesting the elections with Nar Bahadur Dhami while Lekhak with Dipak Prakash Bhatta.

It is likely that left alliance and democratic alliance will have a tough competition in the district. Looking back at the previous elections of the district, there was a competition between CPN-UML, CPN-Maoists and Nepali congress.

In the general election of 1991, Nepali Congress won the both constituencies while CPN-UML clinched victory in the mid-term elections of 1994 in the district.

The left alliance candidates are confident to win the elections based on the votes they got in the local level elections.

Left alliance candidates have claimed that public will elect them because the results of local level election was in their favor.  Maoist Center leader Magar has a strong backing from UML. However, NC candidate Bista is also not a weak candidate.  Magar had lost the Second Constituent Assembly elections to Bista.

Probably, Ramesh lekhak and Dipak Prakash Saud will have a tough competition in Constituency-3 in the upcoming elections this time.

Lekhak was elected twice to the parliament member from the same constituency in 1999 and 2013. NC used to win in this constituency regularly except two parliamentary elections. Lekhak is claiming to make a hat-trick this time, because he had done so many development works in the constituency. However, left alliance candidate Dipak Prakash Bhatta has a strong support of CPN (Maoist Center).  If the Maoist supporters voted for Bhatta, he is sure to win.

Bhatta is also a new face to the voters. He had never contested any elections in the district. He had served as a member of the Army Integration Special Committee.  He holds a PhD in security and foreign affairs from Jawaharlal Nehru.

The contest between Lekhak and Bhatta will be interesting for the onlookers.

MAHOTTARI, April 3: People are taking about local elections only at teashops, colleges and other public places these days. Though Madhes... Read More...