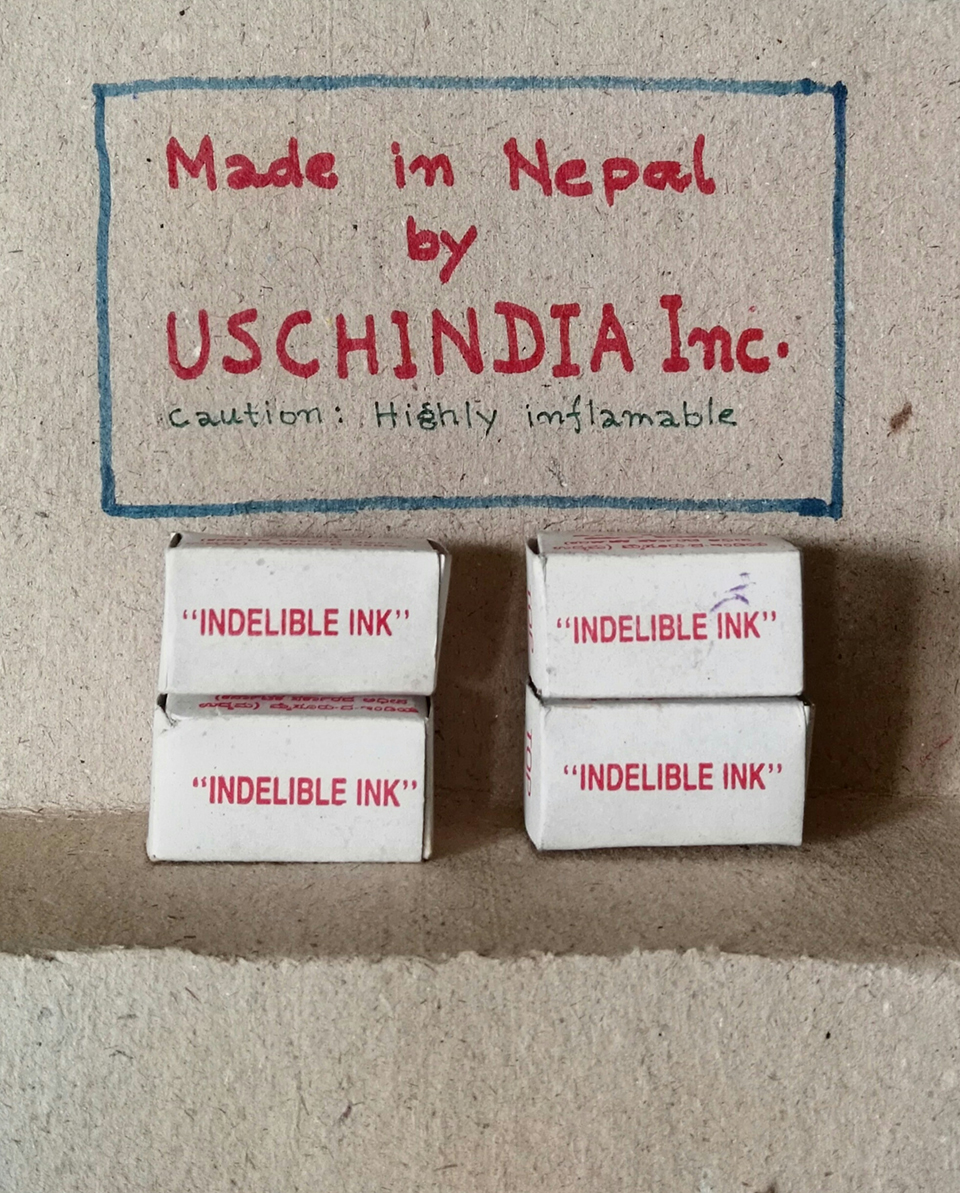 How would the Madhesi activists who agitated for constitutional change vote in a poll being held to ensure the inviolability of the same statute?

Pleasure and pain are inalienable part of human life. After a certain age, usually when one has crossed the half-century mark, sources of happiness and grief begin to change. Instead of from one’s own accomplishments, pride—the extreme form of pleasure—comes from hearing one’s offspring being praised for their qualities or achievements. For a parent, suffering or loss of a progeny is the most piercing pain imaginable.

If Pushpa Kamal Dahal had his moments of extreme delight, it must have been in private. It’s the curse of public life that children of high-profile leaders are often uncharitably scrutinized. But destiny hasn’t spared Dahal excruciating pain. First he endured the deep sorrow of losing a daughter to the scourge of cancer. The shattering news of his combative son failing in the final fight and succumbing to a massive heart attack must have struck him numb. Despite his reported foibles and failings, Prakash Dahal was too young to die. Condolences, even when expressed by the first citizen of the country, are too weak to calm the storm that must be raging in the heart of the lapsed Maoist strongman.

No one knows for sure where one goes after death. That it is inevitable, every living being has to accept. For some kind of believers, birth and death is a cycle, which is broken only after the attainment of nirvana. Then there are quite a few peddlers of belief that sell the idea of heaven and hell in the name of the Supreme. Uncertainty, however, is the only certainty of life, death and its aftermath.

Though somewhat less aesthetic, atheism appears most scientific about the final departure. According to the first law of thermodynamics, the total amount of energy in a closed system can neither be created nor destroyed even though it can be changed from one form to another. Assuming the universe to be a closed system, it can then be argued that the soul, if there is indeed such a thing, is a form of energy that is eternal by definition. As for the body, it’s a collection of atoms that remains even when it’s buried, cremated or submitted to the elements after final rites.

Having been a Marxist, a Leninist and a Maoist, Dahal probably knows that grief is invariably counterproductive—it eats up the energy when one needs it most to cope with the exigencies of the moment. As the star campaigner of the hastily assembled hodgepodge coalition of xenophobic chauvinists calling themselves Marxist-Leninist on the one hand and revisionist cadres of reformed Maoists on the other, he has the onerous task of justifying to a resentful electorate that the decade-long armed insurgency and sacrifices of thousands of victims and hundreds of thousands of survivors haven’t gone in vain. It’s extremely difficult to maintain a balance between private grief and public composure, but that too is an inevitable part of being and remaining in the limelight.

Chairman Dahal once gained some notoriety by worshiping a buffalo to ward off ill-effects of Saturn upon in his horoscope. Neocon ideology is the first refuge of revisionists and it’s quite likely that the so-called Left Alliance has already assembled a phalanx of priests to propitiate whichever deities are supposed to ensure favorable outcome in electoral contests. Meanwhile, may whatever supreme authority Dahal believes in give him strength to bear such an irreparable loss. If it’s any consolation, there are thousands of parents like him that will be participating in these elections as candidates, voters or supporters with equally heavy hearts.

Unlike popularity polls or voting in contests, democratic elections aren’t supposed to be one-off exercises. An election is often a part of a continuing process that begins with the imagination of a political community. Sometimes, a political unit is composed of ties that are considered to be ‘natural’ such as racial, ethnic, tribal, and religious or communal. An element of imagination, however, is inherent into all such formulations. No community is so natural that it can’t be changed for the better or worse.

Community, however, doesn’t guarantee communitarian feelings. If love is natural, so is hatred and possessions inevitably breed envy and contestations. Conflict is an unavoidable facet of human condition. Resolution of conflicts requires negotiations, mediation and instruments of coercion that guarantee enforcement of contractual obligations. The State is thus born as the ultimate institution of conflict management and guarantor of peace. Its configuration, however, causes further contestations.

For much of human history, state power has invariably flowed from cuts of the sword or barrels of the gun. Despite its origin traceable to Greek city-states and Bajji Republics, democracy, as one knows today, is a twentieth-century phenomenon. Its processes are work-in-progress as practitioners continue to learn ways of eliminating excesses of constitutionalism that kill Socrates or reducing chances of emergence of rabid populists such as Trump and Duterte. Verily said by the conservative warhorse of the World War II, democracy is the worst form of government except for all other forms that have been tried from time to time.

Elections then cap the process of imagination, formation, constitution and acceptance of state authority least unacceptable to the minorities and most desirable to the majority population. Elections ensure change of guards; it doesn’t involve either transformation of imagination or reconfiguration of elements of the state to suit ground realities. That could be the reason elections in emerging democracies often end up causing more problems than they solve. In the absence of consensus over fundamental issues of contestation, polls turn into charades of popularity contests that fail to resolve latent conflicts of a plural polity and society.

Despite enormous pressures from what was then still known as ‘foreign powers’ rather than its glorified description as the ‘international community’, BP Koirala refused to participate in Panchayat elections. Even when universal franchise was introduced in the wake of Referendum of 1980, he declined to concede defeat and abstained from legitimizing a flawed constitution. Though a self-proclaimed acolyte, Mahantha Thakur has failed to show the resoluteness of his mentor. Just as Maoists have nothing to show for the mayhem they caused for over a decade, Madhesbadis—they have since disowned the self-description—are in the fray of an election being held to formalize the institutionalization of the status quo in the polity of the country.

There is no place for bourgeois morality in communist or communal politics; hence Marxists, Leninists, Stalinists and Maoists vote with little faith in the sanctity of elections. Polls are merely a ploy to seize power and Messrs Dahal and Oli are proclaiming as much from open podiums: “The Leftist Alliance are going to rule this country for next 40-50 years!” But how would Madhesi rights activists that participated in an intense agitation for constitutional amendments vote in a poll being held to ensure the inviolability of the statute? The indelible ink mark on the fingernail may not smell of blood of martyrs, but it will continue to look so for quite a while. It takes time for the blot on conscience to lighten and fade.

Maybe because he was such a harsh critic of mainstream media that ‘manufacture consent’, an eponymous book he co-wrote with Noam Chomsky, the passing away of professor emeritus of University of Pennsylvania Edward S Herman on November 11, 2017 was somewhat downplayed. A media watchdog—the fair.org—christened Professor Herman the Master of Dissent, which he remained throughout his life. His lesser known work slams ‘Demonstration Elections’ that the US frequently uses as its public relation tool.

Having succeeded in completing demobilization, disarmament and reintegration of Maoist combatants, the Europeans and Americans don’t want to remain engaged with outstanding issues of dignity, inclusion, proportionate representation and meaningful federalism. For them, the so-called peace process has ended with the promulgation of a majoritarian constitution and Maoists have become a ‘Nagarik Dal’ eager to blend into status quo. An election will be a diplomatic trophy that they are unwilling to forego.

Indians probably realize that they have lost this round in strategic games of geopolitics to the Chinese. They want an election to save face as they quietly lick their wounds. No friends of electoral politics, Beijing is happy to be an active bystander. Everyone knows that elections legitimate governance; they don’t resolve fundamental differences about how a country should be structured. That is decided either by a conquest or a revolution. Nepal will wait.

DHAKA, Sept 14: Pouring rain coupled with animal sacrifices all over the city have created a strange and disturbing scene. ... Read More...