31 including Bibeksheel members arrested from Kalanki 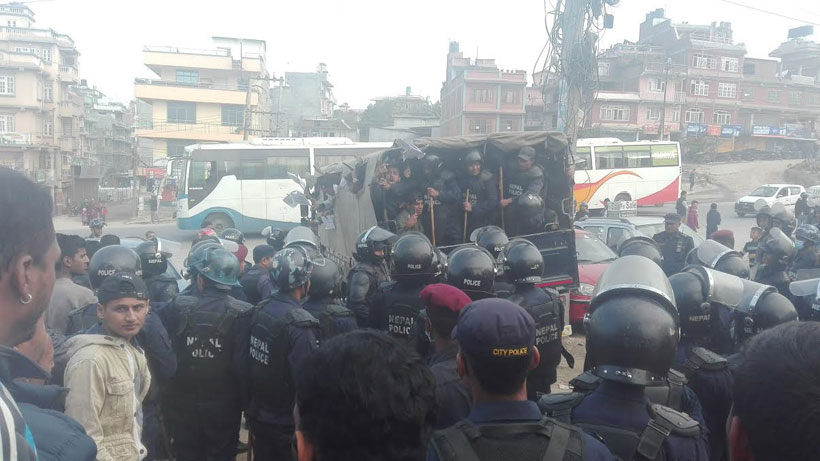 KATHMANDU, Nov 26: Police have arrested 31 people including members of  Bibeksheel Nepali  Party  from Kalanki at 3 pm on Saturday.

The cadres of Bibeksheel Nepali Party were arrested while they were approaching the residence of Tirtha Khaniya, Vice Chancellor of Tribhuvan University  to exert pressure to  address the demands of Dr  Govinda KC.

They are now in the custody of Metropolitan Police Circle, Kalimati.

“Police have arrested us saying that they  have order to do so from above,” Milan Pandey, a leader of the Bibeksheel Nepali Party, quoted a senior superintendent of police as saying.

He said that they will not leave the custody until the police  provide them proper reason behind their arrest.

The government team met with Dr KC and told him that the government was serious and committed to address his demands.

Dr KC, a senior professor at the Institute of Medicine (IoM), is on a prolonged hunger strike since last 14 days putting forth six-point demands including appointment of dean at IoM on the basis of seniority.

2 including journalist arrested with explosives in Rautahat

RAUTAHAT, June 9: Police have arrested two persons including a journalist in Rautahat district in possession of explosive materials. ... Read More...