Promises not to keep 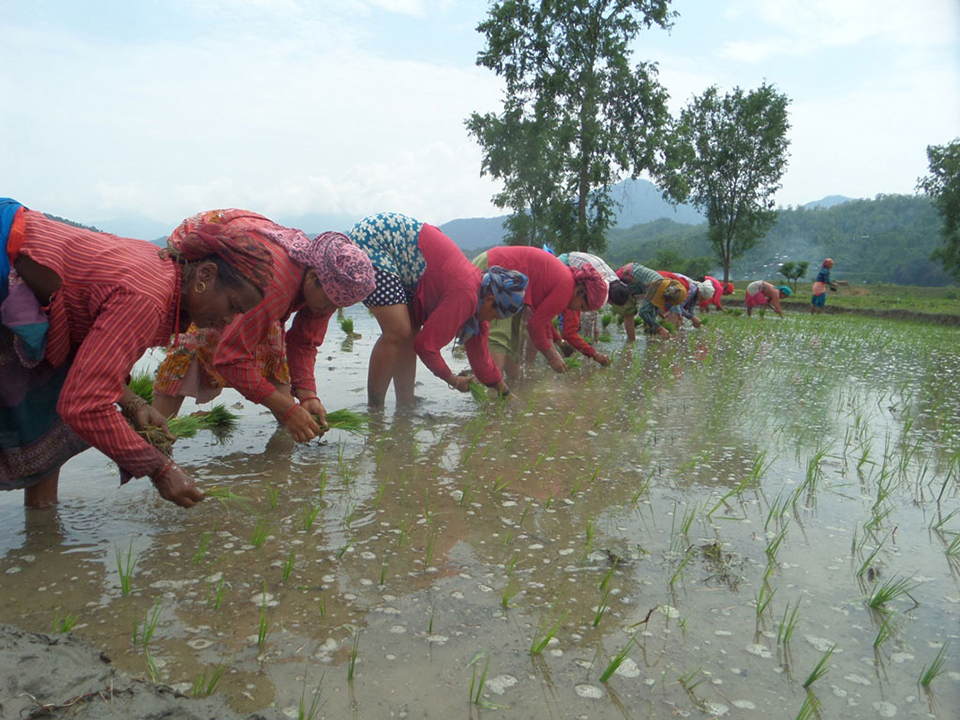 Political parties have set ambitious target of economic growth through agriculture development but they are silent on how to achieve it.

Nearly all political parties have unveiled their election manifestoes for upcoming provincial and federal parliament elections and every party has included agriculture as a primary agenda in them. They are making promises they won’t be able to keep and selling dreams that they themselves will forget right after the campaign is over. Parties set ambitious target of economic growth through agriculture development in their manifestoes in the past as well. None of them were kept.

Nepali Congress has incorporated ambitious plan of economic prosperity through modernization of agriculture. Its manifesto has emphasized on commercialization of agriculture through mechanization and value addition with priority on one-village one-product program. It promises to enhance cereal crop production in Tarai and promote horticulture and livestock in the hills and high mountains. Nepal will have an international research center for mountain agriculture, says the document.  The party says it aims to establish a fertilizer factory in Nepal within three years.

Congress manifesto promises that the country will become a net exporter of meat, fish, milk, some vegetables and fruits, tea, coffee, honey, ginger, and mushroom within five years. It has also given due importance on conservation and utilization of local landraces. Scientific land reform and implementation of land use policy are the priorities.

The manifesto has also incorporated an ambitious program of providing irrigation facility in 1.8 million hectares of land for all-season irrigation and doubling crop productivity from the existing 3.3 ton/ha within 10 years.

The election of left alliance pledges no less. It promises to enforce modern irrigation system in all the arable land in the country in five years. Construction of artificial lakes and ponds with rainwater harvesting, solar energy to promote irrigation, pasture development, use of modern technology and equipment in agriculture sector are other priorities laid by leftist forces. It promises to introduce scientific land reform policies to categorize land and use it for various purposes. “A policy will be introduced to prevent people from encroaching upon agricultural land. All arable land will have irrigation facilities in the next five years,” reads the joint manifesto of CPN-UML and Maoist Center. It has set the target of becoming self-dependent on food grains, fish, meat, egg, and milk within two years and exporting them within five years. Doubling productivity of land and making Nepal an organic agricultural country are other targets set in the manifesto.

The two Madhes-based parties—Rastriya Janata Party Nepal (RJPN) and Federal Socialist Forum (FSF)—have recognized agriculture, tourism and water sources as major bases of economic growth and they have pledged to pursue development programs accordingly. Their election manifesto promises to implement agriculture research and market promotion programs. Chure conservation features as main agenda in their manifesto. Acknowledging that the rapid degradation of Chure area has resulted in flooding and agricultural land degradation in the plains, the parties have vowed to focus on Chure conservation.

The Naya Shakti Party Nepal has advocated for more investment in agriculture, tourism, energy and medicinal herbs. Commercialization of agriculture is common agenda for all election manifestoes.

The agricultural sector   spans across   different agencies and   includes multiple stakeholders. Therefore, the implementation of the agricultural programs requires coordination of various agencies and stakeholders and innovative approaches to facilitate its successful execution. Manifestoes of all parties are silent about these issues.

After the introduction of a three-tier governance system in the country, it has now become necessary to start making structural adjustments right away for quick and efficient service delivery. At present, central organizations are strong but organizations at grassroots level are weak.

Forestry, livestock and crop production are integrated into farming system. But agriculture-related organizations established for service delivery are disintegrated. Because of this, the functioning linkages among these organizations are weak at all levels. No manifesto has any measure to address these issues.

The new constitution outlines significant changes in agricultural governance. Provincial and local-level governments are given exclusive responsibilities for implementing agriculture development programs. Under such situation, the agriculture sector will have to face many challenges under the federal structure. Gaps in available human resource and requirement at the local level, overlapping of some of the responsibilities among federal, provincial and local governments and increase in the financial burden are some of the major challenges. Unless these challenges are addressed, agriculture development won’t move forward. None of the parties has included this part in their manifestoes. And there is clear lack of review on progress of commitments made during the past elections.

SANGURIGADHI, June 2: Fed up with the hollow promises of the politicians, locals of Dhankuta have stressed on the need for... Read More...

KATHMANDU, May 10: Sumana Shrestha, a local youth from Thahiti, doesn't appreciate political leaders who speak of turning  Nepal into a... Read More...

KATHMANDU, Nov 21: Ten years after signing the signing the Comprehensive Peace Accord (CPA) since the decade-long civil war came to... Read More...