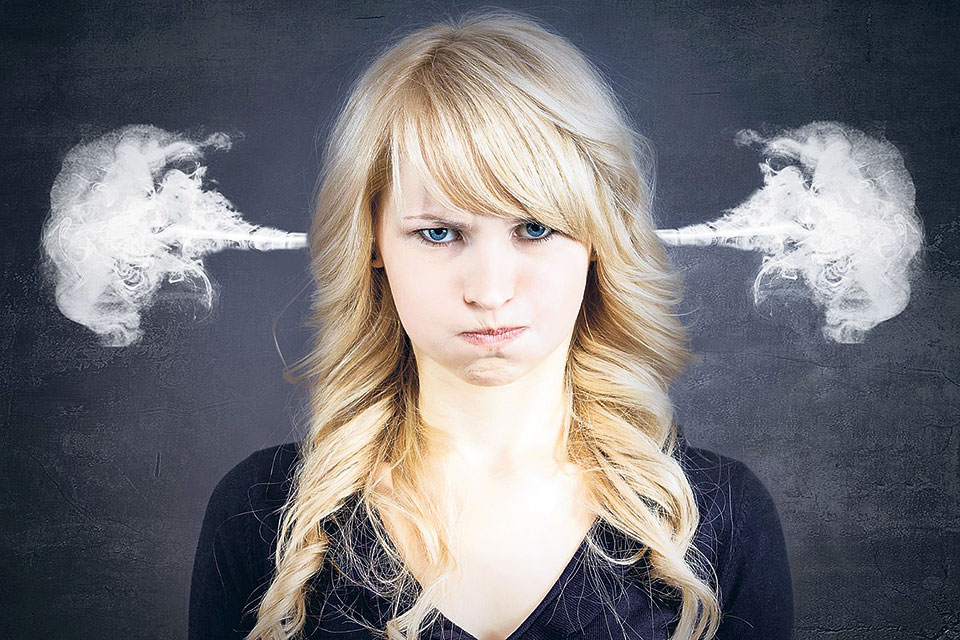 In Kingsman: The Secret Service, the oh-so-charming Colin Firth repeatedly turns to this proverb when some behaves badly and unfortunately, not unlike the ‘bad’ characters in the movie that never seem to get it, there are plenty of people I meet on a regular basis who seem to be equally clueless about good manners. Why bother with niceties when you can be obnoxious and get your way is the thought process that seems to dominate quite a few mindsets.

And it’s everywhere: From government office employees who seem to think they are doing you a favor by doing their job on time to salespersons at stores in malls of Kathmandu who will either stalk you like you entered the store with the sole purpose to steal or ignore you even when you ask for help and point you to some random direction or another salesperson without as much as looking at you. But I find it quite easy to deal with rudeness. You just have to be equally rude. Really. But what I don’t know how to handle are ones who don’t realize that their manners (or lack thereof) can be considered offensive.

A friend of a friend has a nasty habit. A lot of people (including me) have seen him take a quick swipe at his nose and then discreetly (or so he thinks) wipe his fingers behind a chair or on a curtain (utterly disgusting but you would be surprised how many people do this). I have heard from this person’s colleagues that he usually dusts his keyboard with his bare hands or fiddles with his shoelaces and then reaches into someone’s lunch box the very next minute. He is also guilty of talking with his mouth full and interrupting people to say something totally irrelevant to the conversation that was taking place.

I was recently chatting with a friend about all this and she happened to mention that she too has a relative whose behavior is equally atrocious. Apparently, he was over at her house for dinner recently and he walked into their bedroom without asking first, and even barged into their small kitchen and starting looking through things. Even worse, she says, was the fact that he opened a jar of almonds and took a handful when he had been fiddling with his toes while sitting with his dirty feet up on the sofa just a little while earlier. She was appalled that something as basic as washing his hands first didn’t occur to him and she actually had to throw out a fistful of almonds from the top layer of the jar once he had left.

This kind of unacceptable behavior is rather common it seems. Everybody has a story or two along similar lines. But why is it that common and what makes people behave in such horrendous ways that puts everybody around them at unease? My husband says everybody’s definition of what is considered proper differs and what I find offensive might not be an issue for someone else.

While I agree with him on the fact that different things annoy different people and we cannot generalize ‘bad’ behavior, there are definitely some basic manners and decorum that you must follow when you are dealing with other people. There is reason why we were taught to say ‘please’ and ‘thank you’. There’s a reason why our parents told us to not speak out of turn, and why they insisted we say sorry when we are wrong.

I have realized that people determine your value to them by the way you make them feel when they are in contact with you. Showing good manners be it through your speech or actions reveals that you have respect for others as well as for yourself and makes you much more enjoyable to be around.

Also stories travel and it creates an impression too. I have already taken an intense dislike towards my friend’s relative (the guy with the dirty feet, as I refer to him) and I haven’t even met him.

Fred Astaire, American dancer, singer, actor, choreographer and television presenter who is regarded as one of the most influential dancers in the history of film and television musicals, once said the hardest job kids face today is learning good manners without seeing any. I wonder what kind of behavior ill-mannered people will teach their kids, and what their kids will learn by looking at what’s happening around them. But that’s thinking too long term, and I don’t want to make manners an issue for the greater good or for a better future generation.

I don’t want to deal with bad mannered people. It stays in my mind long after the incident and always makes me cringe. Having to meet those kinds of people on a regular basis makes it even worse. For me, pointing out bad manners or what I find offensive is difficult because I don’t want to creates a fuss and make other people around me uncomfortable either. My friend also said the reason she didn’t say anything to her relative when he was prancing around in her house and intruding her private space was because she didn’t want to offend his wife by being ‘rude’ to her husband.

Being polite, thus, has its downsides. You have to think of others in a social setting and not to anything to discomfit them, even if it means putting up with bad behavior. I just don’t know how long I can go on till I eventually burst out and offend the offenders and become a badly behaved person in their books, which would actually make me a good person, if you were to think about it.

A lot of people remember this particular line from Kingsman: The Secret Service and it is rather appropriate for what... Read More...

Eight injured in bus accident in Baitadi
30 minutes ago