During this Dashain-Tihar holidays, my friends and I wanted to do something other than just get together at Thamel and enjoy some good music so we decided to go on a trek. Since we had heard quite a bit about Tilicho, the world’s highest lake, we made up our minds to go there almost on a whim.

Once the decision was made, we reserved a vehicle from Kathmandu and reached Besisahar in Lamjung by the evening on the same day. The next day we reserved another vehicle from Besisahar to go to Chame, the headquarters of Manang district. The road was very steep and the ride was bumpy. As seven Nepalis and one foreigner clung to whatever we could hold on to at the back of a Bolero, the eight-hour ride to Chame seemed like a lifetime where one wrong maneuver could send us hurtling towards unknown futures.

Our trek started once we reached Chame. The route was not very difficult but we opted to stay at Lower Pisang and rest a bit. However, the next day I was feeling unwell and walking was very painful. The day after that posed an even bigger challenge. We had set a goal of reaching Tilicho base camp that day. We thought we would walk at a leisurely pace but we were told that it would take eight hours to reach the base camp and we wouldn’t get rooms there if we reached after 1 pm.

We left at 6 am but we walked slowly because we were steadily gaining altitude and we feared falling sick. Also, the trekking routes were narrow and, in some areas, we just about managed to dodge falling stones. Two of our friends who reached Tilicho base camp two hours before the rest of us did managed to get us a room. I remember seeing a friend waving the room key and feeling like that was the happiest I had been in a long, long time.

There were apparently more than 300 people at the base camp where there were only a handful of hotels and guesthouses. Many slept in tents while others slept in kitchens of the guesthouses, bundled in sleeping bags. I was so glad to have a room to sleep in, that I just gulped down some painkillers and went to sleep despite the fact that I would have to wake up in the middle of the night for the final leg of the trek: The hike to Tilicho lake.

Surprisingly, when I woke up at 2:30 am to leave for Tilicho lake my headache and congestion had cleared up and I was ready to tackle the trek with much more enthusiasm than I had shown in the last few days. Perhaps it was the excitement of seeing the lake that simply washed away all my fatigue, or maybe it was all those pills that I had popped. Whatever the case was, I knew I would make it to the lake without any issues.

The trek to Tilicho lake from the base camp was four hours long, and this also turned out to be the most difficult part of the whole trek. It involved passing through a very steep incline making our way through landslide-affected areas. Many people gave up and returned to the base camp because of altitude sickness and nosebleeds. But three of us finally reached the Tilicho lake at 6:30 am.

The view was mesmerizing. When trekkers who have been to Tilicho say the beauty of the lake makes you forget all the hardships you had to endure to get there, they weren’t lying. The lake was right below the mountains and it felt like I could touch the mountains if I just simply stretched my arms a little. There was a small teashop near the lake. Indulging in a steaming cup of milk tea while taking in the view made me realize the essence of small pleasures in life and appreciate the value of hard work you have to put in to reach your goal. 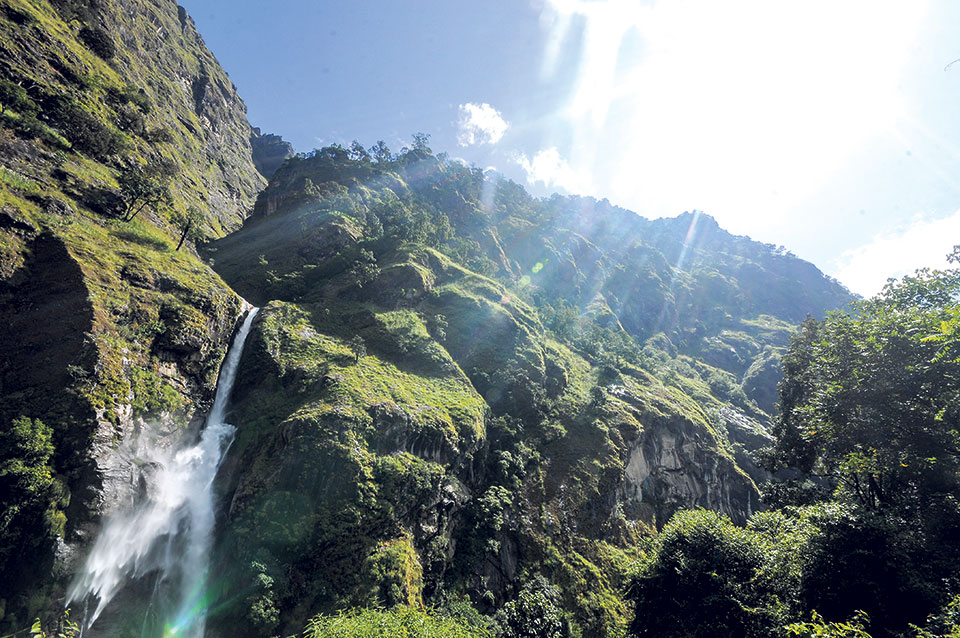 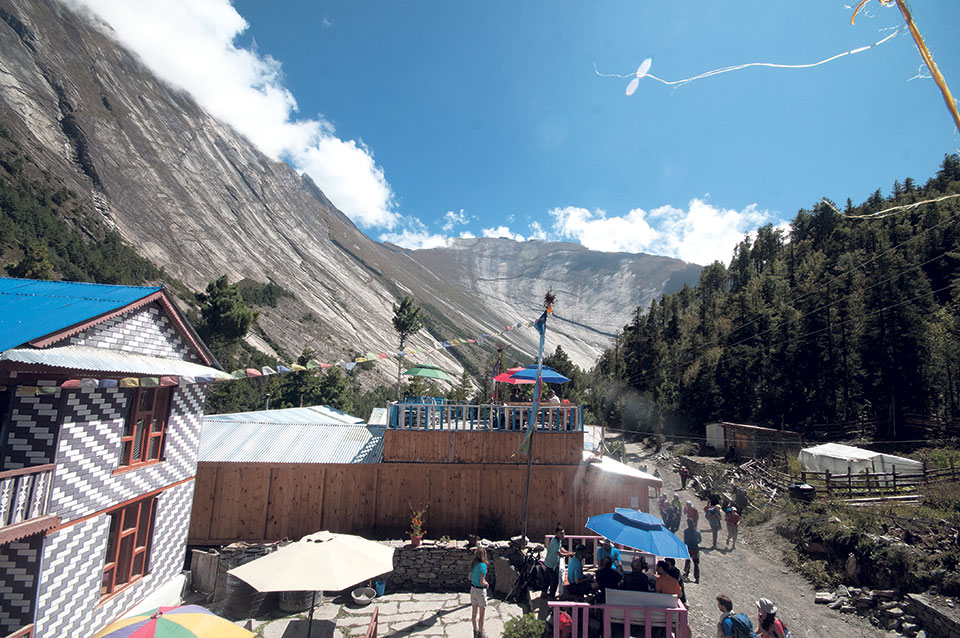 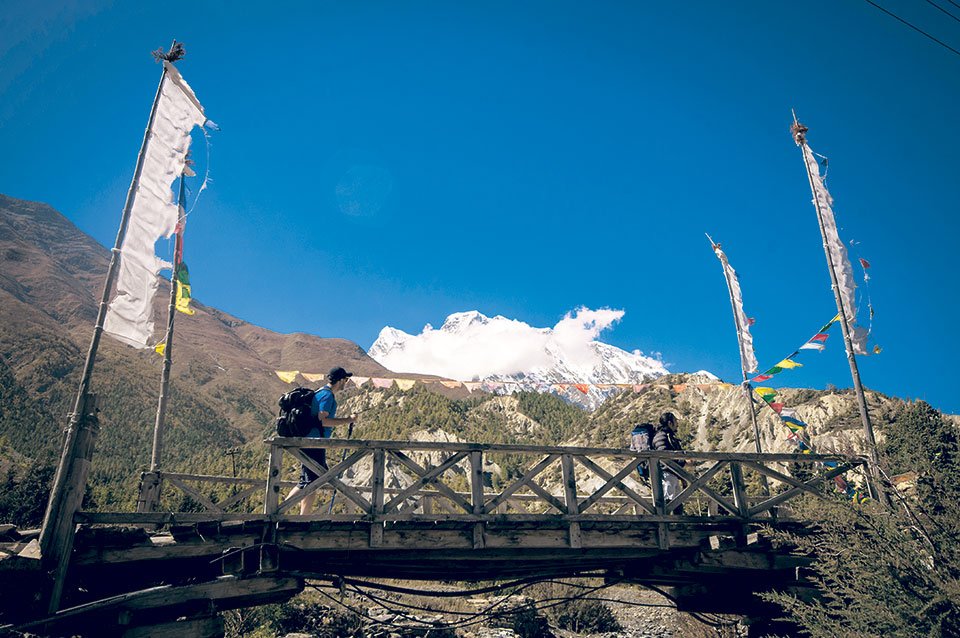 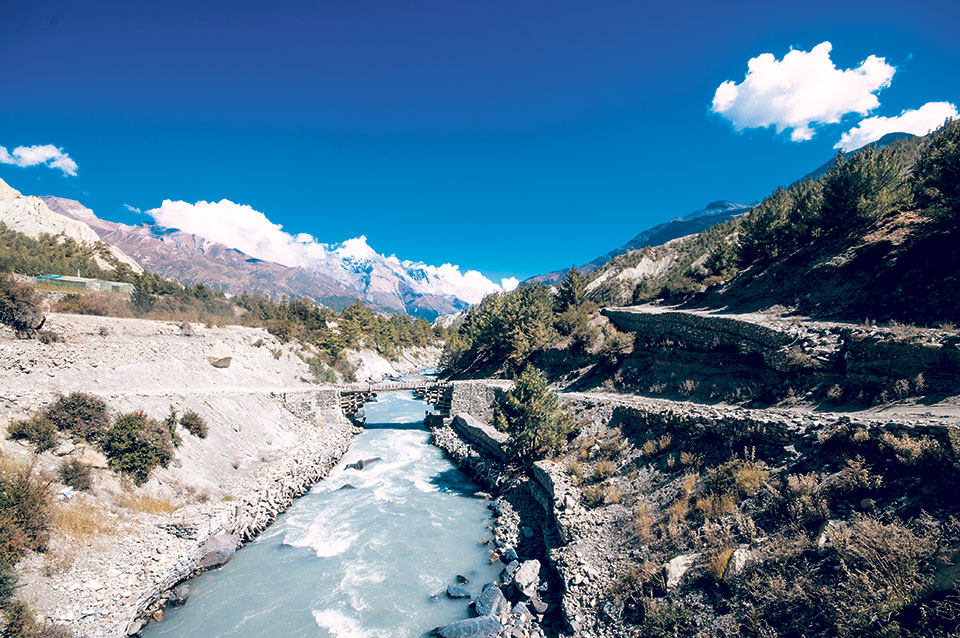 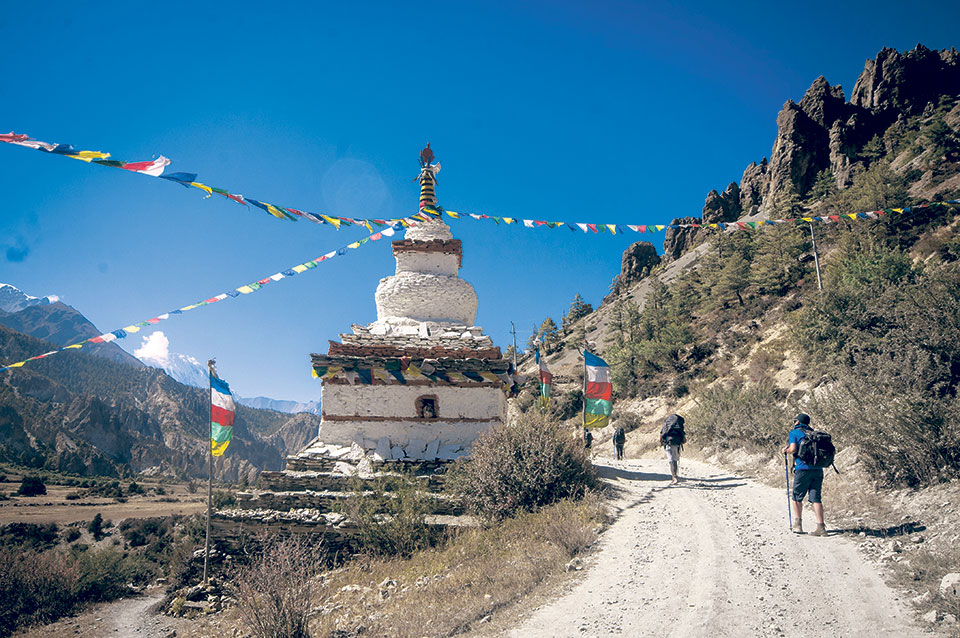 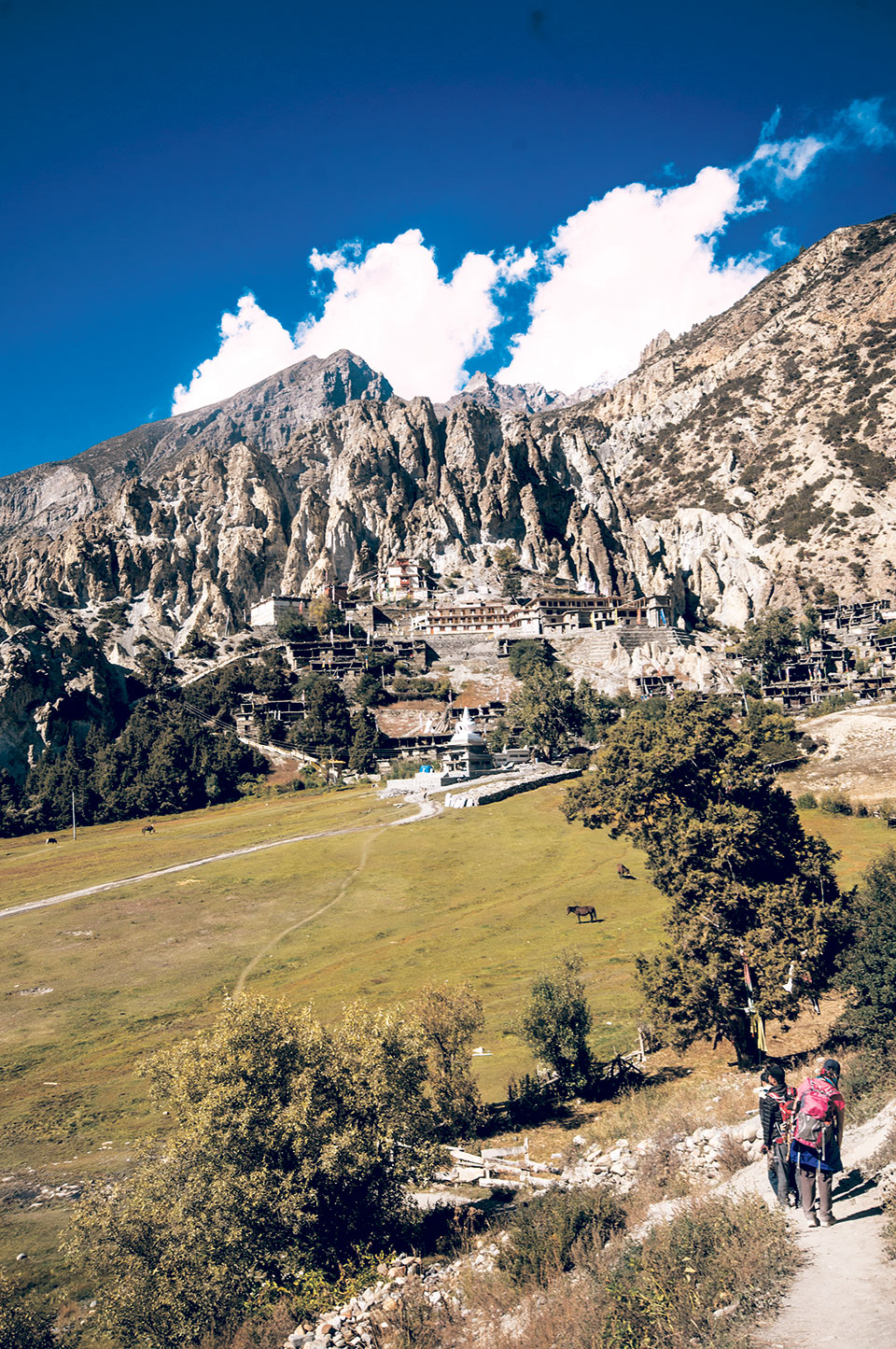 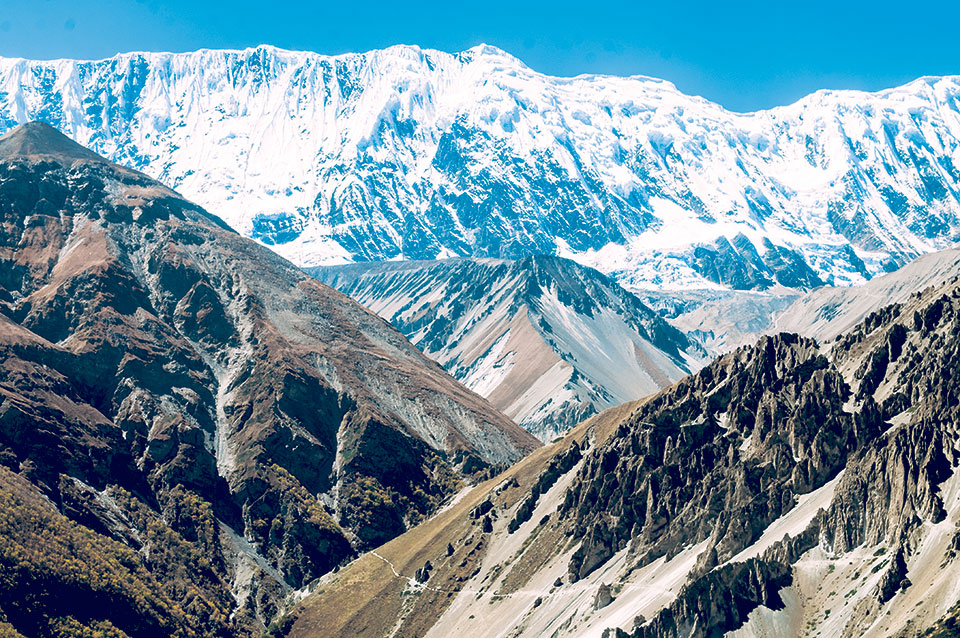 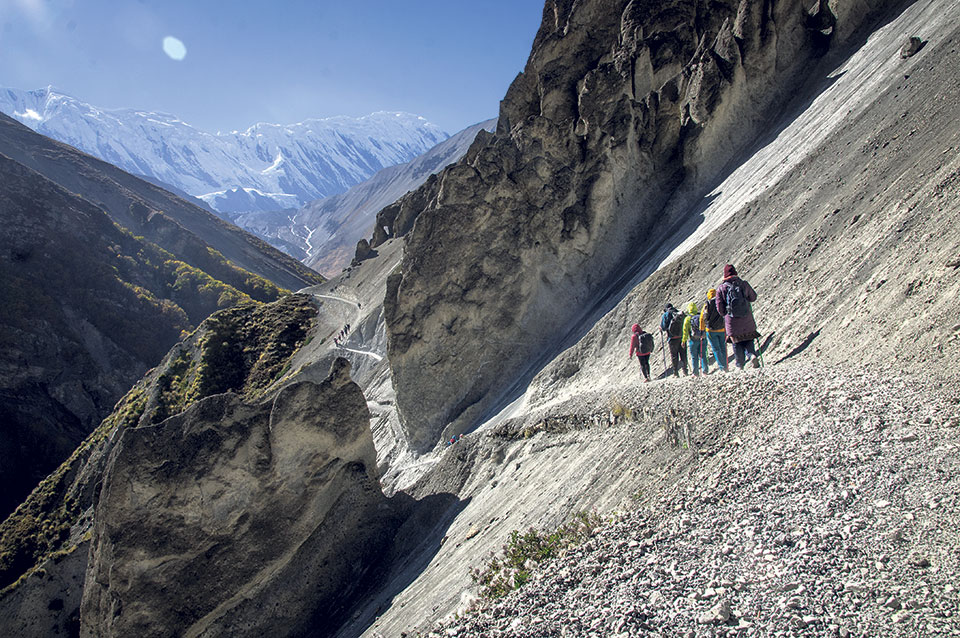