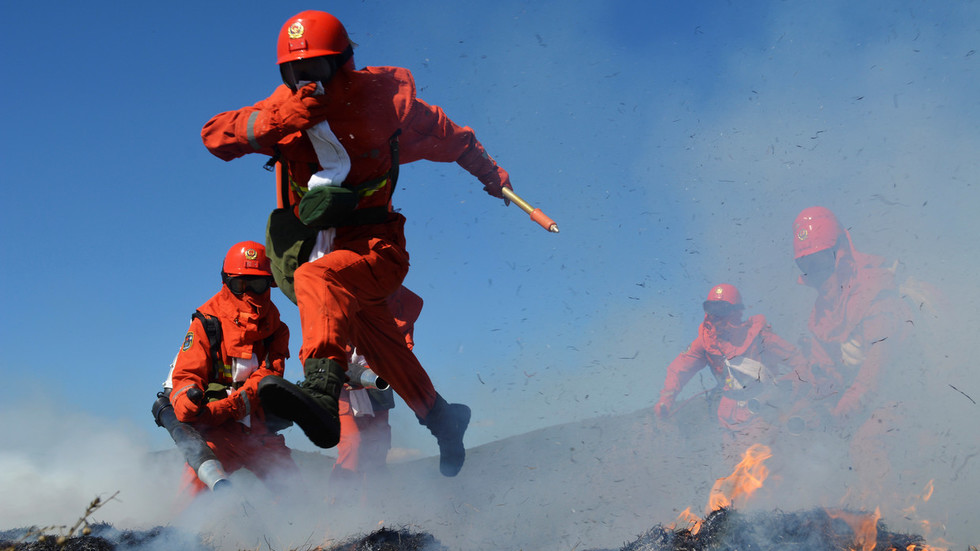 April 2: 30 firefighters and locals have died battling a forest fire in a mountainous region of western China’s Sichuan province. The firefighters were engulfed by a “huge fireball,” Chinese state media reported.

The firefighters had been battling a blaze in a rugged area around 3,800 meters (12,500 feet) above sea level since Saturday. 27 full-time firefighters and three local volunteers were reported missing on Sunday, after a change in wind direction created a “huge fireball,” according to state media.

The firefighters lost contact with other emergency services and were discovered dead on Monday, China Central Television reported.

Nearly 700 people have been deployed to fight the forest fire, one of several ravaging the country at the moment. Dry weather and high winds have fed the fires, some of which have threatened the outskirts of Beijing. Another fire in the northern province of Shanxi took 1,500 firefighters to extinguish over the weekend.

Fighting fire can be an especially hazardous occupation in China. An explosion and subsequent fire at a chemical facility in the northern city of Tianjin killed 173 people in 2015, most of them emergency personnel. A fire in the northern province of Heilongjiang killed 119 people in 1987.