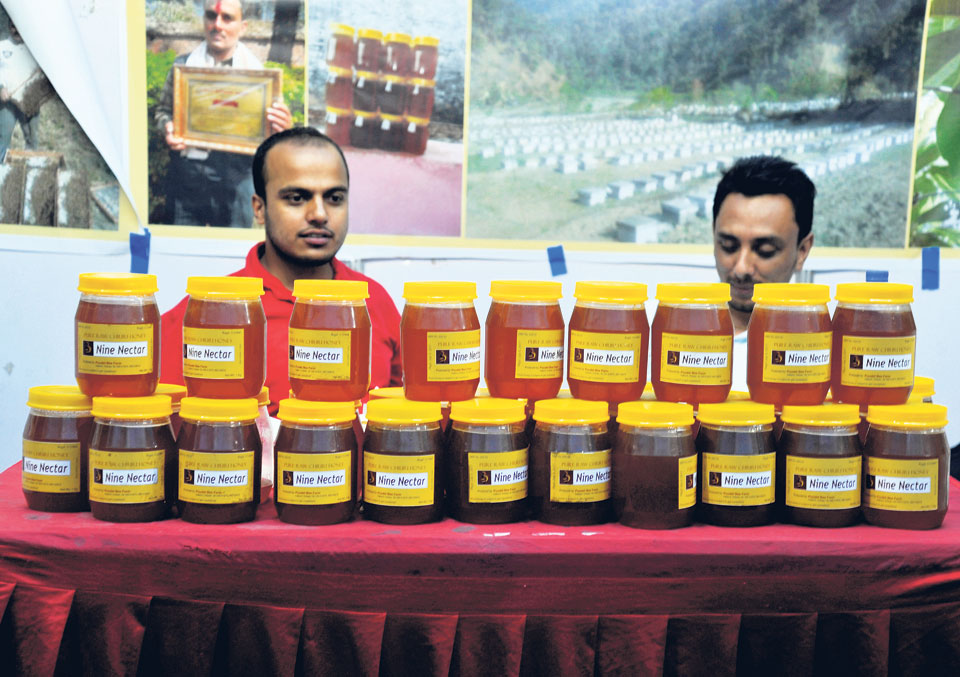 The four-day event is being organized by the Directorate of Industrial Entomology Development (DOIED) under the Ministry of Agricultural Development.

“The fair is expected to disseminate information regarding honey, its consumption, promotion and production among general public as well as other stakeholders.”

The fair is being organized with the slogan 'Commercial Beekeeping for Prosperity'.

Madhav Nirdosh, coordinator of the fair management team, said that the fair is aimed at expanding honey industry in both national as well as international level. “Honey produced in different parts of the country has been kept on display at 25 stalls,” Nirdosh told Republica. “The event will help both consumers as well as small-scale farmers who want to start commercial bee-keeping.

The fair is expected to help farmers in production, marketing and promotion of honey products. It will create awareness among customers on what type of honey they are consuming and what they really want.

“One of the objectives of the expo is to foster friendly relations among consumers, farmers and traders,” Harihar Adhikari, program director at DoIED, said. “The fair provides platform for interaction among farmers and traders to discuss honey production, labeling, branding and marketing.”

He also requested consumers and beekeepers to contact the directorate if they have any queries regarding honey and its production.

KATHMANDU, Nov 18: Fifteenth Handicraft Trade Fair, organized by the Federation of Handicraft Association of Nepal (FHAN), has kicked off at... Read More...