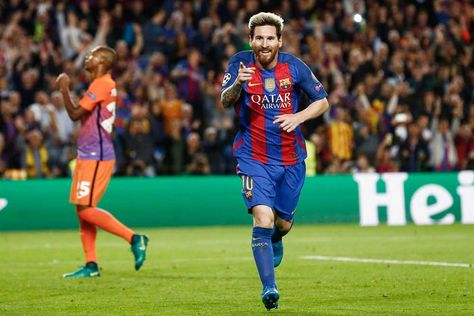 BARCELONA, Nov 1: Neymar only signed for Paris Saint-Germain back in August, leaving Barcelona in a controversial summer deal.

The Brazil international, however, is rumoured to be unhappy in his new surroundings - leading to talk he could already be set for a sensational move away from the Parc des Princes.

And Spanish website Diario Gol claim that Lionel Messi feels Neymar is destined to one day replace Ronaldo over at the Santiago Bernabeu.

But the 32-year-old has toiled so far this season, managing seven goals from 11 games with just two of those coming in the league.

The Portugal international still appears sluggish from a nightmare summer where he was accused of tax evasion by the Spanish authorities.

Ronaldo is Real’s all-time leading scorer but that may not spare him from the axe in the near future.

And Diario Gol says Messi thinks Neymar will be his replacement.

The Barcelona talisman is aware that the PSG forward’s father has a good relationship with Real Madrid chief Perez.

And so close are the two said to be that phone calls have reportedly taken place over a future move.

Meanwhile, speaking back in September, journalist Eduardo Inda claimed Neymar had a verbal agreement in place with Madrid.

“Real Madrid has spoken with the father of Neymar at the time of signing for PSG,” he said.

“He has a point in his contract that allows him to easily exit the club in the coming years.

“Real Madrid has reached a verbal agreement and a clause has been established in case Madrid are interested, because I do not think he will be in Paris for a long time.”

Nepse inches up 2.16 points as daily turnover soars to Rs 1.56 billion on Sunday
15 hours ago