Victims forced to live in the open


BANKE, July 30: Sitapati Tharu gazes at her house, or what is left of it, from a distance several times a day. Her house lies almost entirely submerged under the floodwaters from the Rapti River.

“Muddy water has fully covered it,” said Tharu, a local of Fatehpur-8. Tharu and her family members have been spending their days and nights under the open sky since they were displaced by the Rapti flood three days ago.

On Monday, she was highly elated while welcoming home her newly born grandchild. But the flooding that occurred the very next day forced hundreds of people, including her family, out of their homes.

Tharu is extremely worried about the nursing mother and the baby.

"We have no choice than to live in the open," she says. “There's no roof above our head,” Tharu says.

Sushma Tharu of Fatehpur-8 faces similar problems. A side wall of her house collapsed due to the flood. “My husband is not here. We are compelled to live on the road as our house has become uninhabitable,” said the mother of one. “My daughter and I have not been able to sleep well since we were displaced by the flood,” she added.

According to the locals, they had alerted the police about the possibility of flooding following incessant rain. But water surrounded the whole area before the police could reach their village. The locals rushed out of their homes with whatever belongings they could manage to take along and headed for dry land. In the 36 hours since the flooding, the water level has decreased to some extent, but most houses remain deserted and uninhabitable.

Mohan Dhobi and his family from Fatehpur-4 took shelter at a Madrasa. His two houses situated near the Rapti River were destroyed by the flood.

His six member family is having a hard time now. “There is no food to eat, no shelter to keep my family safe,” he lamented.

Most flood victims do not have proper shelters and are surviving on beaten rice and dry noodles. This has taken a toll on their health.

“But it is not a new problem. We face floods almost every year," said Sabitri Barma of Fatehpur - 7. “Could you please do something about it? Please tell our government to do something for us,” as tears welled up in her eyes.

Shova Lamichhane of Pahadipur village lamented about the stock of rotting grains and fodder. Extremely worried, Lamichhane said that life has gone out of track and it won't come back to line that easily.

Even though the local police were seen helping flood-affected people, the police office itself was damaged by the flood. Similarly, the VDC offices in the district were also inundated. “As our office remains submerged, we are unable to provide services,” said Sawitram Maurya, a staff at Fatehpur VDC office said.

Locals of Fatehpur believe that their region gets flooded every year because of the dams in Laxmanpur and Kalkalwa that block the natural flow the Rapati River. Floodwaters from Rapti affect Holiya, Fattepur, Gangapur, Mahehiya and Betahini, among other villages.

“When the water level in the river grows, it sends shiver down our spine. The floodwaters first enter Jhagadiya, Pahadiur and Piprahawa villages, and then engulfs other areas, said a local Tikaram Tharu.

A joint data complied by the Nepal Police, Red Cross and VDC offices state that 2,000 houses and 3,000 bighas of land in Fatehpur village have been affected by flooding.

The flood-hit people are developing health problems, thanks to the deplorable conditions around them.

GORKHA, JULY 8: Though more than two years have shot by since the devastating earthquake of April 2015, locals living in... Read More... 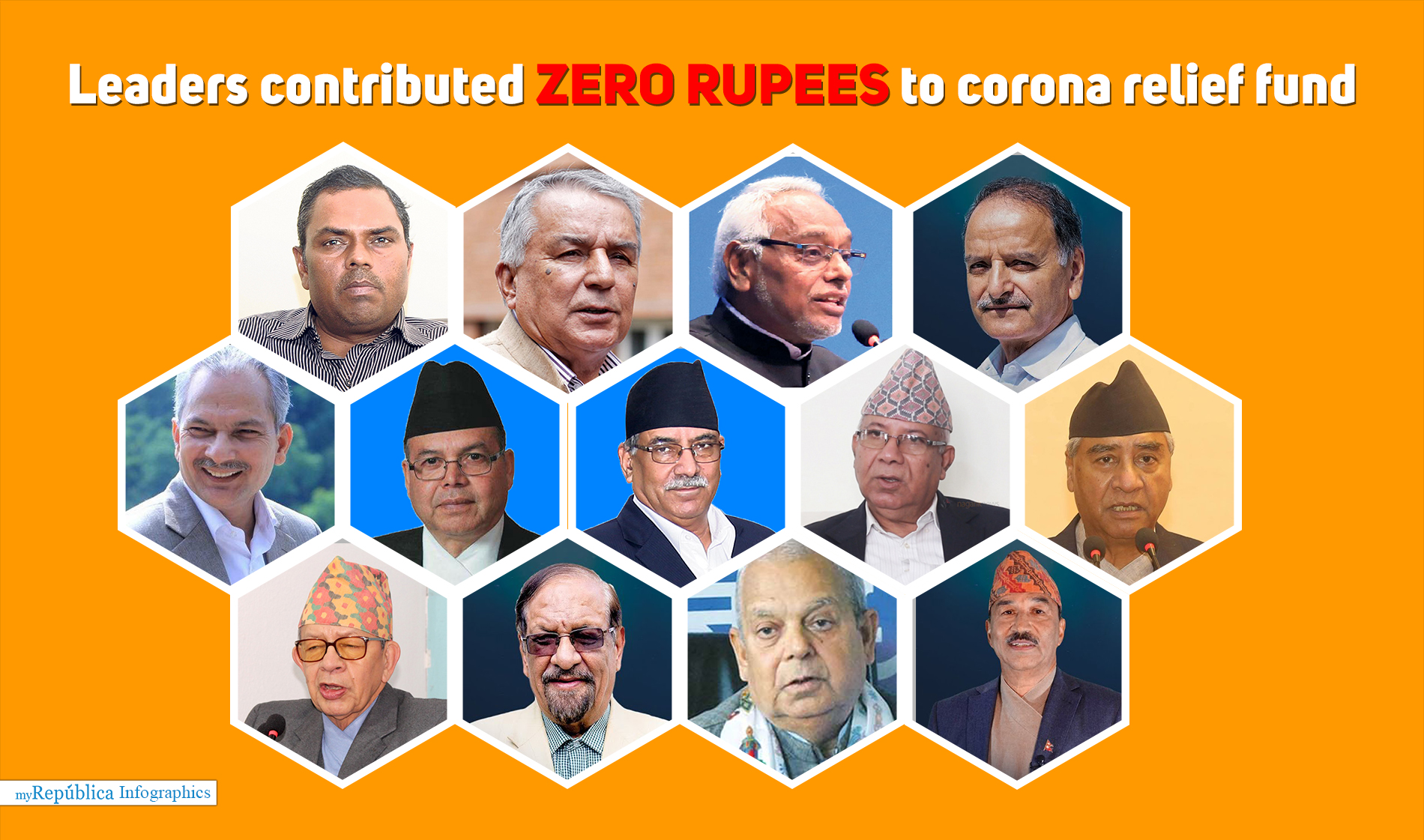 Indian officials warn of lockdown extensions as COVID-19 cases in South Asia near 6,000
18 hours ago