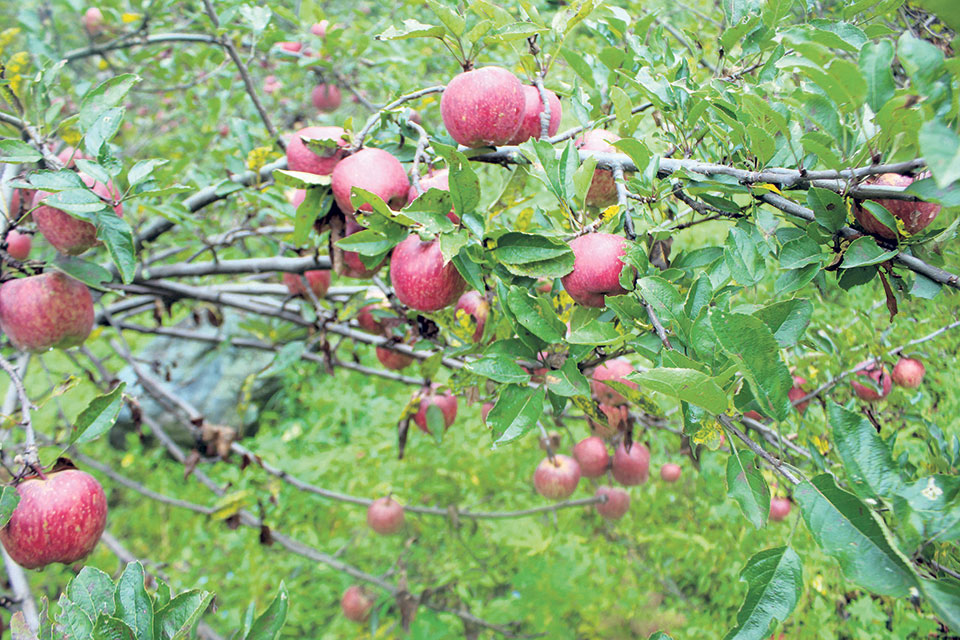 MUGU, Oct 16: Recording significant growth in apple production, the remote western district of Mugu has exported 300 tons of apples outside the district so far in the current fiscal year.

According to data given by District Agriculture Development Office (DADO) Mugu, apple export outside the district has already crossed 300 tons during the time period of mid-July to mid-October.

This year total 4,500 tons of apples has been produced so far. According to DADO data, total 305.4 tons of apple have been supplied out of the district, either sent directly by the farmers and traders or taken by tourists coming to visit Rara Lake and other areas of the district.

DADO has expected apple supply to further increase by the end of November.

Why was the University Bill introduced, leaving aside the Education Bill?
21 hours ago

Fugitive arrested from his house in Jumla
10 minutes ago