Babies as items to steal for some, throwaway for others 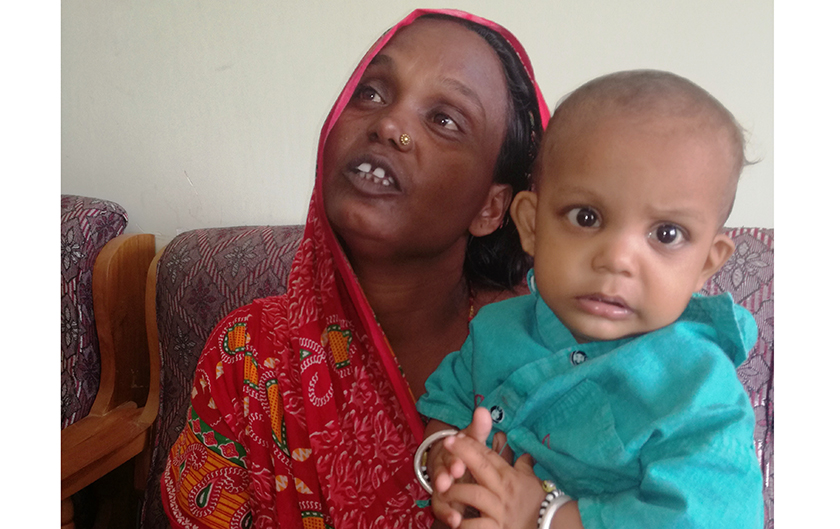 JANAKPUR, Oct 16: Lila Devi Sah, 40, of Laxmipur Patari Rural Municipality-4 of Siraha was arrested on Saturday on the charge of 'stealing' a seven-month-old baby. The same night, a new mother dropped her seven-day new-born at an orphanage in Gyanpur, Janakpur Sub-metropolis-8, and ran away.

The babies in both the cases are victims, but each in a completely contrasting way. While one was stolen from a mother to be raised up by another mother, the other was abandoned as a throwaway object.

Along with Lila Devi Sah, Dilip Kumar Mandal, 36, of Siraha Municipality-10 and Radha Krishna Mandal, 41, of Kamala Municipality-2, were also arrested in the child stealing case.

Lila Devi is a mother of four daughters who developed a strong craving to have a son. Her husband is in Qatar for employment and earns enough to keep his family running. The only thing missing in her life, according to her, is a son.

Not only did she worship and made offerings to have a son, but she also visited shamans and did everything she could. After everything failed, she resorted to stealing a male child, according to police's preliminary investigation.

Lila collaborated with Dillip Kumar and they went to Delhi to steal children as they had heard they can find children in every street of Delhi. However, their efforts went in vain and they ended up staying eight months in Delhi in their attempts.

At the end, they decided that stealing a child would be easier in Nepal than in Delhi. They crossed the border to reach Siraha and then traveled to Janakpur. The duo shared their plans to few trusted people they met there. In Janakpur, they lived in the house of Dilip's relative Radha Krishna, who also agreed to help them in their endeavor.

In the process, Birendra Yadav of Kamala Municipality-3 promised to manage a child by September 27 at the cost of Rs 300,000. In the midnight of that day, Yadav snuck upstairs of his home and stole the seven-month-old baby Shovan from his mother Sunita's lap while they were sleeping.

Deeply shaken, Sunita reported to the police the next day and the District Police Office (DPO), Janakpur and Khajuri Area Police Office started an investigation into the case, eventually connecting the incident to Birendra, Radha and Dilip.

While Dilip has been arrested, Birendra and Radha are at large. Police immediately reached Lila's home and rescued the child and handed him to his mother Sunita, according to DPO chief, Superintendent of Police (SP) Chakra Bahadur Singh.

In the meantime, a mother dropped her child outside Kabir Orphanage Home, which is already looking after nine children who were abandoned to die. The child was left outside the door of the orphanage's operator Kabir Santa.

“I woke up at 4am and heard a newborn baby crying. Initially I thought that the crying baby could be of the neighbors but later I realized that the baby was just outside my door, much to my surprise,” he said.

BIRGUNJ, Oct 7: Industrialists are at the receiving end of two different rules on transport of imported raw materials from... Read More...

Some regretting, others keeping fingers crossed

On lockdown
1 day ago

INFOGRAPHICS: Nepalis affected by COVID-19 throughout the world
12 hours ago

COVID-19 tests being conducted from 10 different places: MoHP
14 hours ago