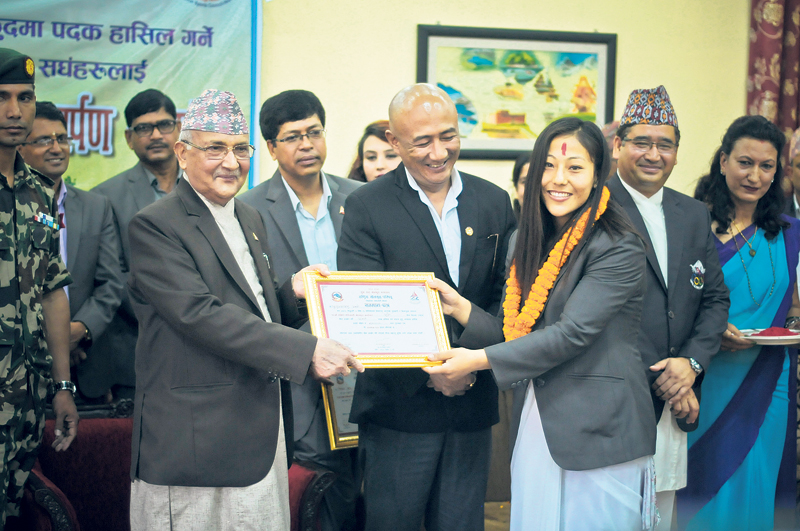 Prime Minister Oli rewarded the sportsperson with a total cash prize of Rs 39.15 million and letter of appreciation. They were rewarded by the government six months after completion of the SAG.

Speaking during the program, Prime Minister Oli thanked the players on behalf of the government. “Sports in not that sector where one remains satisfied with current achievement. They must always strive for more success,” he said.

Meanwhile, the gold medal winning members of men's football team will be given additional amount of Rs 300,000. They were given Rs 200,000 on Thursday as per the announcement of the NSC. However, Minister for Youth and Sports Satya Narayan Mandal had declared to provide each member of the squad with Rs 500,000 after the team's victory parade.  Speaking at the program, NSC Member Secretary Keshav Kumar Bista informed that they will be given additional 300,000 after endorsing it through cabinet meeting.