The art of acting 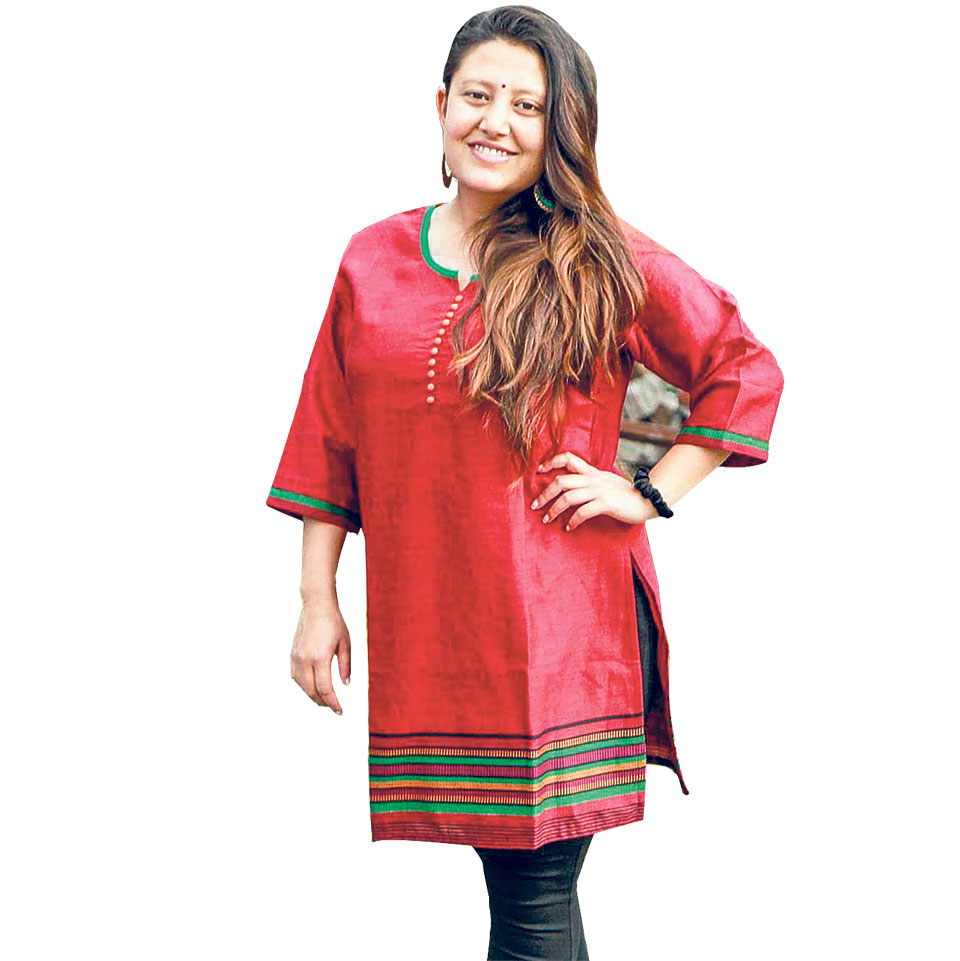 Srijana Adhikari is a well known name in the Nepali theater scene, having acted in popular plays like ‘Milk Tea’ and ‘Sunkeshari’ to name a few.

Now after being a part of the Nepali theater scene for 11 long years, Adhikari has finally established her own theater production house Purano Ghar theater at Sinamangal in Kathmandu. Purano Ghar aims to promote Nepali theater and the versatile actor/director is all set to give it her best shot, just like she has thus far. The Week’s Ashma Chhetri caught up with her as she works on a translated version of the Indian play, Drunk, to find out what inspires her and how theater rules her life.

Where do you get ideas for your plays?
Fortunately, it has never been hard for me to find ideas for my plays. The books I read and the old acts I go through are major sources of inspiration and they give me countless ideas. If the script is good enough to excite me then I start working on it to present it on stage. This is usually how I prepare for my shows.

What does theater mean to you?
Theater has become an inevitable part of my life now. Despite the fact that it is considered just another medium of entertainment, I cannot describe its importance in words. It’s a huge part of who I am. But it saddens me that in Nepal, theater isn’t given much importance. I strongly recommend people to watch plays and try their hands at something new.

Do you find it difficult to portray certain characters on stage?
It is never all that difficult for an actor to embrace a character after rehearsing it for a while. But I believe the real problem begins once the stage performance is over. For example, I played a character of a single and independent lady ‘Radha’ on my recent play ‘Milk Tea’. The impact of the character was so deep that it took me a very long time to actually embrace my own personality again. I had started looking at myself as ‘Radha’ even in my real life. So, for me, returning to reality is harder than adopting the character.

Acting or directing, which of these two is an easier task for you?
I cannot choose between acting and directing because both of them have their own unique charms and challenges. While acting, we are in charge for all the on-stage issues. On the other hand, a director is responsible for all the off-stage management, stress, and pressures. Both the jobs are fun and exciting at the same time. I enjoy and appreciate doing both and want to pursue them simultaneously in the future as well.

How do you handle the unexpected mistakes during stage performances?
Mistakes during stage performances mostly happen because of technical complications. But sometime there are some misunderstandings between the performing artists and, as a result, something goes wrong on stage. But these things can be handled quite easily if the actors have a solid presence of mind. That comes with experience and also depends on how comfortable the actors are on stage.

Do you have any suggestions for aspiring theater artists?
Theater is growing and involvement of more people will help it grow even more. So I would like to suggest the younger generation to not hesitate to be a part of it. Theater might demand your patience and continuous hard work but the end result and the gratification that comes with it make it all worth it. If you are new to theater, be mentally prepared to work hard and learn new techniques as you go.

KATHMANDU: ‘Art: Creation and Exhibition for Development’ being held in Nepal Art Council from Sunday features the works of about... Read More...