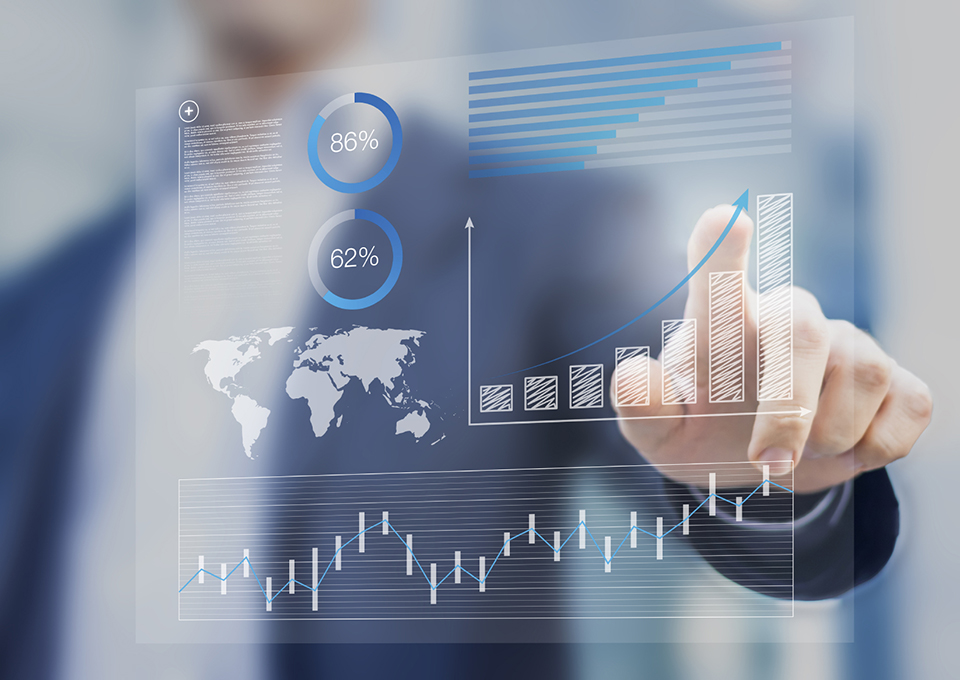 Will recent growth spurt continue over the next few years? Or is the world experiencing a temporary cyclical upswing?

The current upswing in growth and equity markets has been going strong since the summer of 2016. Despite a brief hiccup after the Brexit vote, the acceleration endured not just Donald Trump’s election as US president, but also the heightening policy uncertainty and geopolitical chaos that he has generated. In response to this apparent resilience, the International Monetary Fund, which in recent years had characterized global growth as the “new mediocre,” recently upgraded its World Economic Outlook.

Will the recent growth spurt continue over the next few years? Or is the world experiencing a temporary cyclical upswing that will soon be subdued by new tail risks, like those that have triggered other slowdowns in recent years? It is enough to recall the summer of 2015 and early 2016, when investor fears of a Chinese hard landing, an excessively fast exit from zero policy rates by the US Federal Reserve, a stall in US GDP growth, and low oil prices conspired to undercut growth.

One can envision three possible scenarios for the global economy in the next three years or so. In the bullish scenario, the world’s four largest, systemically important economies—China, the eurozone, Japan, and the United States—implement structural reforms that boost potential growth and address financial vulnerabilities. By ensuring that the cyclical upswing is associated with stronger potential and actual growth, such efforts would produce robust GDP growth, low but moderately rising inflation, and relative financial stability for many more years. US and global equity markets would reach new heights, justified by stronger fundamentals.

In the bearish scenario, the opposite happens: the world’s major economies fail to implement structural reforms that boost potential growth. Rather than using this month’s National Congress of the Communist Party as a catalyst for reform, China kicks the can down the road, continuing on a path of excessive leverage and overcapacity. The eurozone fails to achieve greater integration, while political constraints limit national policymakers’ ability to implement growth-enhancing structural reforms. And Japan remains stuck on its low-growth trajectory, as supply-side reforms and trade liberalization—the third “arrow” of Prime Minister Shinzo Abe’s economic strategy—fizzle out.

As for the US, the Trump administration, in this scenario, continues to pursue a policy approach—including a tax cut that overwhelmingly favors the rich, trade protectionism, and migration restrictions—that may well reduce potential growth. Excessive fiscal stimulus leads to runaway deficits and debt, which results in higher interest rates and a stronger dollar, further weakening growth. Trigger-happy Trump could even end up in a military conflict with North Korea—and, later, Iran—diminishing America’s economic prospects further.

In this scenario, the lack of reform in major economies will leave the cyclical upswing constrained by low trend growth. If potential growth remains low, easy monetary and credit policies could eventually lead to goods and/or asset inflation, eventually causing an economic slowdown—and possibly an outright recession and financial crisis—when asset bubbles burst or inflation rises.

The third—and, in my view, most likely—scenario lies somewhere between the first two. The cyclical upswing, in both growth and equity markets, continues for a while, driven by the remaining tailwinds. Yet, while major economies pursue some structural reforms to improve potential growth, the pace of change is much slower, and its scope more modest, than is needed to maximize potential.

In China, this muddle-through scenario means doing just enough to avoid a hard landing, but not enough to achieve a truly soft one; with financial vulnerabilities left unaddressed, distress becomes all but inevitable over time. In the eurozone, this scenario would entail only nominal progress toward greater integration, with Germany’s continued rejection of true risk-sharing or fiscal union weakening incentives for struggling member countries to undertake tough reforms. In Japan, an increasingly ineffective Abe administration would implement minimal reforms, leaving potential growth stuck below 1 percent.

In the US, Trump’s presidency would remain volatile and ineffective, with a growing number of Americans realizing that, despite his populist pretense, Trump is merely a plutocrat protecting the interests of the rich. Inequality rises; the middle class stagnates; wages barely grow; and consumption and growth remain anemic, at barely close to 2 percent.

But the risks of muddling through extend far beyond mediocre economic performance. This scenario represents not a stable equilibrium, but an unstable disequilibrium, vulnerable to economic, financial, and geopolitical shocks. When such shocks eventually emerge, the economy will be tipped into a slowdown or, if the shock is large enough, even recession and financial crisis.

In other words, if the world does simply muddle through, as seems likely, it could, within three or four years, face a more bearish outlook. The lesson is clear: either political leaders and policymakers demonstrate the leadership needed to secure a better medium-term outlook, or downside risks will materialize before long—and do serious damage to the global economy.

The author is is Chairman of Roubini Macro Associates and Professor of Economics at the Stern School of Business, New York University

Nepse loses a double-digit points on Wednesday, a drop in four consecutive day trading
7 minutes ago