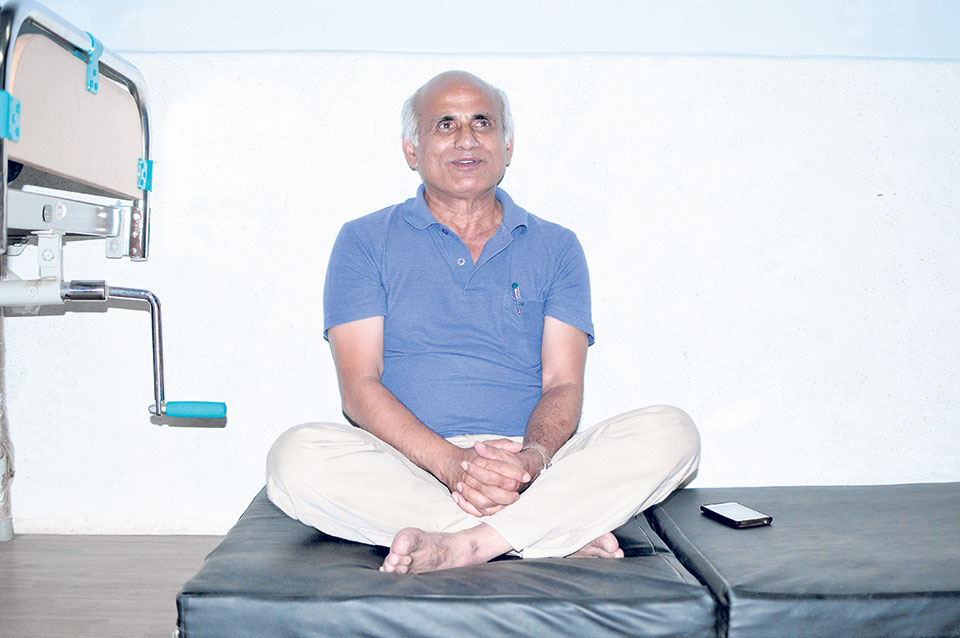 KATHMANDU, Oct 8: Dr Govinda KC, who has launched his 13th hunger strike demanding reforms in medical education, has warned of stern protest against the judiciary as well saying that the Supreme Court has been issuing orders in favor of corruption-accused individuals and eventually protecting them in recent days.

The warning from the anti-corruption crusader comes hours after the apex court ordered the government to reinstate Gopal Khadka, the corruption-accused Nepal Oil Corporation (NOC) managing director who was sacked from his post, and media reports that the court is “hatching a conspiracy” to disqualify 11 justices of the apex court citing procedural lapses in their appointment process.

“It’s a serious insult to the judiciary. All key state institutions - judiciary, executive and parliament - are robbing the country,” said Dr KC terming the plan to disqualify 11 justices as a possible ‘coup in the judiciary’. “As a citizen fighting against corruption, I will further intensify my efforts against their wrongdoings,” he said.

The apex court on Sunday stayed the government’s decision to remove NOC chief Khadka who has been accused of embezzling Rs 670 million while purchasing land plots in various parts of the country in order to build fuel storage facilities.

Releasing a press statement soon after the court issued the stay order against the government’s decision to sack Khadka, Dr KC has stressed the need for a strong stir against the judiciary as well. “It’s now essential that the citizens take a strong move against the members of the judiciary involved in granting immunity to the corrupt. I am ready to do everything to maintain the sanctity of the judiciary and prevent it from emerging as a bastion of corruption.”