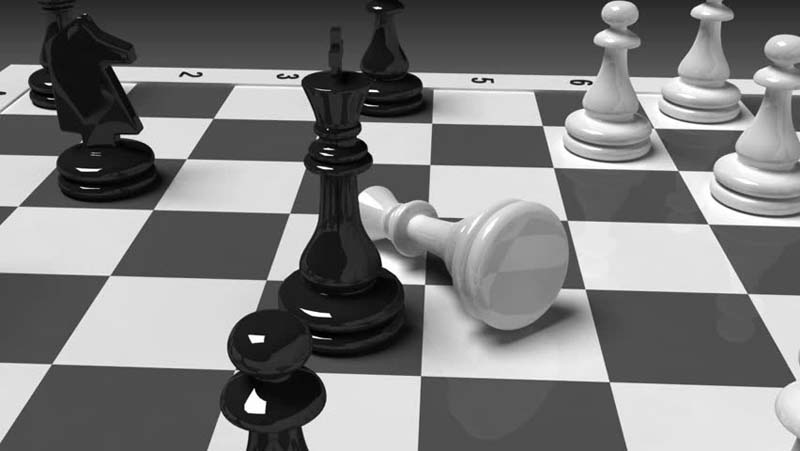 We have for long blamed our inept leaders for all our problems. While it is no secret that our democracy has failed to deliver, those supporting democracy have a readymade answer when one criticizes the present system: the answer to Nepal’s problems is not less democracy but more democracy.

This is a rather silly argument. When you know your pet dog has rabies, would you still say the dog will get better with time? For more democracy, we have had so many revolutions and movements—we probably hold a world record in this. In the past 30 years alone we had two major political changes, but the country hasn’t moved forward at all. If anything, we are where we were 30 years ago: poor and weak. Perhaps we need a new narrative to understand our plight. How about blaming the international community for all our problems?

International hypocrisy
Our political system, no matter what others would have us believe, is not a decisive factor in how foreigners deal with us. Any country’s relation with other countries boils down to one thing: its usefulness to others and vice versa. That’s it. If the system alone determined foreign relations, many Middle Eastern and African countries would be without any friends. But in our case, we are made to believe and even threatened that democracy is a prerequisite to maintaining good relations with the very powers that have no problems dealing with brutal dictatorships elsewhere.

Their propaganda machinery represented by the so-called liberal journalists and scholars would, in turn, have us believe that this is pragmatism and realpolitik and nobody dares question it. Moreover, we are made to believe that ouster of dictatorships in those places will lead to even more brutal dictatorships; hence it is better to keep supporting and dealing with those murderous medieval regimes.

This should make us think: why, if they really care about our wellbeing, the international community does not really speak against the present leadership and the system they represent? You may say at least the Freedom House Index has one more democracy. But that’s about it. So are we being used by the international community to atone for their sins of supporting brutality elsewhere by making us a dysfunctional democracy, or are we just a number for them? Or is there more to it than meets the eye?

If we look around, many democratic powers have encouraged and supported ouster of democracy by armed forces or through the political forces they back to protect their interests. They have even supported the overthrow of liberal regimes by ruthless ones. But those countries have either a strong military or a strong economy, or they are indispensible for the security interests of major powers.

While it may seem immature to blame others for our problems and many are going to get offended by it, but could it be that our usefulness to others, our neighbors and western powers alike, lie in our poverty, weakness and instability? Because these three factors invite foreign meddling the world over, and we have all three in abundance, and enough to make us dance to their tunes.

Revolutions hijacked
Our misfortune is that all our revolutions that wanted to change the fate of the country were hijacked by big powers. Be it the 1950 one to oust the Rana oligarchy, or the 1990 people’s movement to reestablish multiparty democracy or the Maoist movement. In all these cases, the political leadership, eager to get its way at the earliest, couldn’t resist the involvement of foreign powers—and all powers got involved. For outside moral and monetary support, our leaders were ready to betray the people, and the foreigners were only too eager to oblige.

Some may have been tempted to lord over this country, while others felt a weak, unstable and poor Nepal ruled by their men in Kathmandu would provide them with major strategic advantages vis-à-vis the two rising Asian powers, China and India. For their part China and India could have made the strategic calculation that a messy Nepal would allow them to not only check each other’s intentions in the grand chessboard of regional politics, but also to use this backward country as an ideal venue for proxy wars.

Or could it be that a weak Nepal allowed them to safeguard their territorial interests? If it were not the case, why did the powers active in Nepal always support the rebels instead of the government—be it in the 1950, 1990 or 2006? Forget the west, why didn’t even one of our neighbors comes to the regime’s rescue when each struggling regime had done everything to prove its loyalty to one or the other neighbor as well as to the major western powers? Or more directly, why did everyone feel that overthrowing the regime was in their best interest? Otherwise how do we explain the EU, Indian and even the Chinese continuing to deal with the warring Maoists when the state had labeled them terrorists?
If China could provide life support to the ailing regime of Robert Mugabe in Zimbabwe and the Indians had no problems dealing with the Burmese Junta and the west had no problems with dictatorships in the Middle East, why did all these powers suddenly decide that it was best to democratize Nepal? And if there was no sinister motive, why didn’t they help Nepal rebuild itself, develop its economy, strengthen its institutions and make it stable?

If history is any guide, all the big powers, with their competing ideologies and interests, are nonetheless in agreement to “slice the Nepali melon” (or maybe pumpkin or pomelo, in our case): carve out their own spheres of influence, exactly the way it happened in China during its century of humiliation (1839-1949).

Bleak future
The country has a bleak future. We will not benefit from the rapid economic growths of India and China. If the opposite were true, we would see the signs that would make us optimistic. But all signs are negative. A lot could have been accomplished in the past 10 years, if only one of our neighbors wanted our prosperity and stability. A decade is a pretty long time and we haven’t all this while seen any real intent on our neighbors’ part, or on the part of anybody else for that matter.

Expect things to go even more awry when the foreigners learn that it is easy to oust a government they don’t like or change the system that doesn’t serve their interests. They do not want to do anything that would strengthen the country from within. It’s the classic strategy of divide and rule at play, and nothing and no one is going to change it. We are demoralized and our institutions are in shambles, and the foreigners are having a field day.

Perhaps if we had learned that you cannot be friends with all and you need to rely on one power to get ahead, we would arguably not have been in the predicament we find ourselves in today. Now we have learned the hard way, and we can do nothing about it. It’s too late to change. Accept it, there is a consensus among all major powers active in Nepal to keep it unstable and weak. Otherwise, at least one power, be it one of our neighbors or the US or the EU, would have come to our rescue.

As to those who are benefiting or want to benefit from a messy and chaotic Nepal with a demoralized population and pseudo-democratic leaders, congratulations, your policy is working just the way you wanted.

KATHMANDU, Aug 29: Prime Minister Pushpa Kamal Dahal on Monday said that he will consult with experts on the issues... Read More...