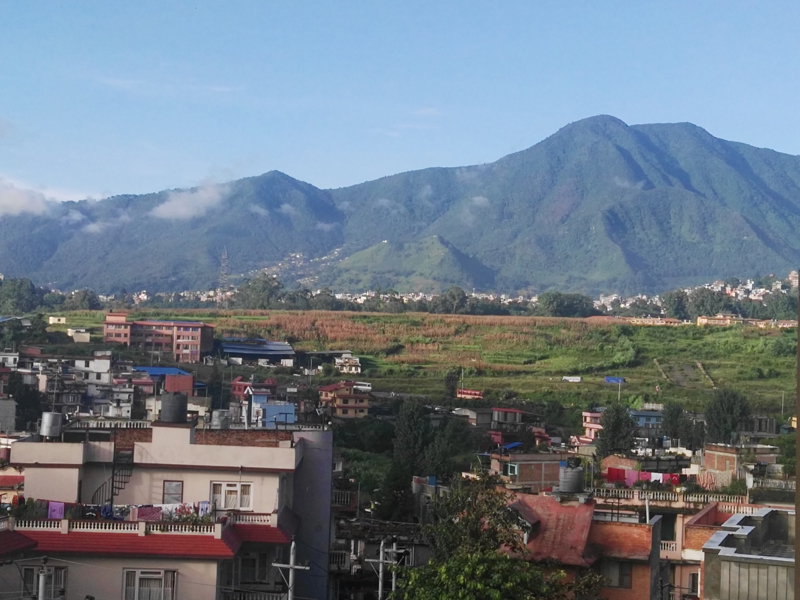 Quoting a Quinnipiac University Poll, Eric Antamatten wrote in The New York Times that the word that came to mind the moment respondents thought about Donald Trump was “idiot”, followed by “incompetent” and “liar”. Considering that some states such as Kentucky, Mississippi, New Mexico and Ohio prohibit “idiots” from voting, it’s somewhat surprising that they too have to accept a person widely perceived to be so as their President.

Prof. Antamatten also summarizes that an idiot has come to imply “a prepubescent, parasitic solipsist who talks only to himself”. It seems that the choice of gender is very much intended. The description fits the Psychotic of Pyongyang to a tee. For the bully down the block on Pennsylvania Avenue, his tormentor is tyrant, who returns the complement by calling him a dotard.

Clearly, at least one of them—if not both—is a huge threat to the world peace as war of words carries tremendous risks of escalating into something much more sinister with horrible unintended consequences for the planet. There is a cliché that even though barking dogs seldom bite, it’s always wise to be careful of canine noise for one never knows when the beast will stop howling and start gnawing.

The term tyrant carries connotations of being silly, immature and truant. The North Korean military and their Chinese and Russian mentors are probably keeping a close eye on their ward with atomic and hydrogen ‘toys’. In addition to being a dolt, a dotard is imperiled by weakness, senility and fuzziness that begin to set in with advancing age.

State chutzpah
With tremendous power in his nasty Tweets, the incumbent US President appears to be the bigger risk to world peace than his nemesis in the Korean Peninsula. Mercifully, checks and balances in the oldest democracy of the world don’t seem to have become dysfunctional yet.

It seems strategists of the State Department have once again begun to display the chutzpah that sustained American diplomacy during Cold War decades. President Trump’s Message on Nepal’s Constitution Day, released on September 15, 2017, is a work of genius. Apparently, a lot of thought went into drafting it and President Trump was tactfully prevented from inserting his Tweeter-speak in the text.

The observation of the Constitution Day of Nepal being a “celebration of your democracy” is a post-truth based on alternative facts. As long as the charter is contested, celebrations shall remain muted and officious. It’s indeed a date to mark on the calendar, but a lot of work remains to be done to turn it into a “great day” for Nepal. The Republic Day in May continues to be the greatest day of all.

The complement that the last it “recognized this important day, Nepal has achieved important progress” is partially correct, but laced with more grease than the sentence can bear. The conclusion that the government machineries “have accelerated earthquake reconstruction and begun to revive the livelihoods of hundreds of thousands of your citizens” is imprecise at best; inaccurate at worst.

Three monsoons and as many winters later, survivors that couldn’t somehow help themselves remain in almost the same condition that existed in the immediate aftermath of Gorkha Earthquakes as the state occupied itself with more pressing priorities such as the promulgation of a constitution, formation of revolving-door governments and elections. The remark that the “economy has improved remarkably and is poised for future growth” is dripping more of hope than expectation.

Characterization of local elections as a “significant milestone” is perhaps the only grain of truth in the entire haystack. Indeed, the journey towards a more equitable and just society in the country has merely begun. The question that then arises: Will US aid be an impediment on this voyage as it has mostly been in the past or turn itself into facilitator of transformation? The question becomes even more moot as the statement coated with sugar and then dipped in honey comes close on the heels of the announcement that the largest-ever US aid to Nepal is likely to begin flowing through the pipeline of the so-called Millennium Challenge Corporation.

Elite capture
Foreign aid to developing countries mostly works on the principle of trickledown effect, which economist John Kenneth Galbraith colorfully described as an assumption that “If you feed enough oats to the horse, some will pass through the road to feed the sparrows.”
Some of the first horses that Americans began to feed in Kathmandu can be termed as Wood’s Mules after educator Hugh Wood from the University of Oregon who worked under contract with USOM between 1954 and 1958. Later, he also worked with UN agencies that complemented his assumed role of being Thomas Babington Macaulay of the American Empire in Nepal.

Few of the original Wood’s Mule’s survive, but the entire education system of producing uniformity in the country is their enduring legacy. During this period, Nepal received several million dollars in disaster relief assistance for severe flooding in 1954 and the drought of 1956. These funds helped in dislocation of Tharus from the Rapti Valley, massive deforestation and subsequent transfer of population from mid-mountains to the vacated territory.

Cool Dudes of USAID advisor John C. Cool set up the administrative structure of Panchayat. They continue to serenade public sphere with their TAR (Transparency, Accountability and Responsibility) tunes and sing praises of GOD (Governance, Oversight and Development) while deriding processes of democracy, federalism and inclusion in the same breath.

Bunker Boys of notorious Vietnam hawk Ellsworth Bunker were the chosen ones that became full-bright, half-bright and quarter-bright drivers of Nepal’s foreign policy. Cold Warriors of that long winter—Bunker first operated from New Delhi in the late-1950s and then continued to do so through Ambassador Carol Laise Bunker from the mid-1960s up until the 1970s—continue to hold the Kathmandu intelligentsia in a thrall to this day.
Bloch’s Blokes were the free-market fundamentalists that set the economy on fire with so much heat and so little light that the resulting rise in inequality led inevitably to the emergence of Maoist insurgency. While Ambassador Julia Chang Bloch nurtured loyal blokes and played matchmaker, one of her aides cut his teeth in disaster diplomacy during the flood and landslides induced by sudden cloudburst in 1993.

Ambassador Michael Malinowski succeeded in domesticating the UML and forced them to junk the five prophets of communism—Marx, Engels, Lenin, Stalin and Mao—into the attic. He would later groom his own faithful of the Kathmandu’s haute bourgeoisie. Malinowski’s Men learnt to prioritize the military over politics.

Despite his bulk, Ambassador Peter W. Bodde disliked throwing his weight around in public. But those in the know of things in Kathmandu aver that without his consistent goading, the 16-Point Conspiracy would have never come to a pass. That he was soon outsmarted by the Chinese in the process is an observation that will have to wait for the judgement of history for its veracity.

Contrary to the popularly purveyed plot that the US works in tandem with India for congruent geopolitical goal of containing the Chinese, the fact is that Washington has always treated Kathmandu as an important observation post in South Asia in its own right. With the possible loss of Pakistan, importance of Nepal in its scheme of things is likely to grow regardless of whether Ajit Doval at the South Block in New Delhi likes it or not.

Insecure bourgeoisie
An apparent pro-China attitude is perhaps only a ruse—given an option, nobody in Kathmandu except a few fanatics would like to face the fate of Tibetans despite the charm of their toys—to cover deep-seated anti-India sentiments. At least since the Treaty of Sugauli, there has always been a strong sense of vulnerability towards India. After the Treaty of Peace and Friendship in 1950, a significant section of ancien régime began to circulate the rumor that India did not want their country to survive.

Phrases such as Sikkimization and Fijikaran may have been coined by the so-called Marxist-Leninists and Maoists, but origin of such fears can be traced back to their mentors of the monarchical hierarchy. It just so happened that most of them owed their loyalty to the US Empire and assiduously cultivated Washington to balance New Delhi.
It seems that the Khas-Arya (now a constitutionally created category) elites are anxious that in a democracy, they may lose out to the Madhesis and Janjatis in the game of numbers. They will use the US largesse to their advantage. Some things never change. On that note, Dashain Greetings.

“Behind every successful man, there is a woman, goes the saying. That’s true. But the opposite should also be true. Read More...

The green shoots of COVID solidarity