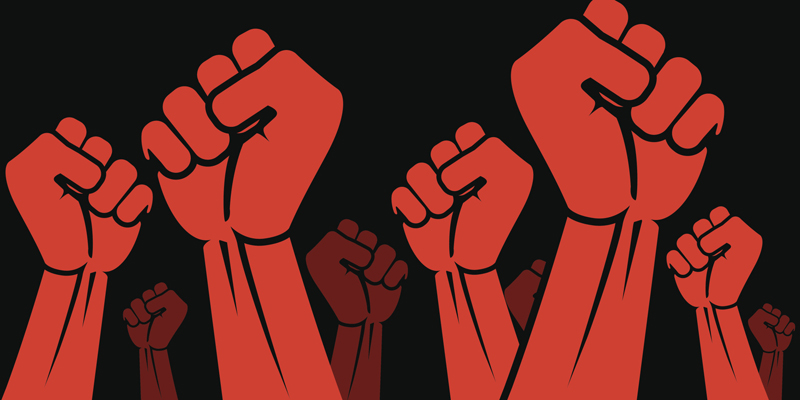 Political parties are running the state like it is a criminal enterprise. Leading party leaders have morphed into mafia leaders and their protectors. The civil society is lethargic and almost dead. However, the courage and persistence of journalists like Hari Bahadur Thapa, Dilip Poudel, Krishna Gyawali, Bhadra Sharma and some more in exposing politically protected corruption has given some hope to Nepali state.

Enough is enough
It is pathetic to see the same corrupt network rule the country, time and again, under various guises. Political parties are influenced and largely controlled by corrupt and mafia networks. These parties have abandoned all moral principles, be they in the government or in the opposition. The way Sher Bahadur Deuba runs the government is no different to the way Pushpa Kamal Dahal or KP Oli or Kamal Thapa does. The faces are different but the greed and the larger criminal network extracting state resources are the same.
They all protect gold smugglers. They all protect the corrupt. They all protect criminals.  Their techniques are the same. Therefore, as there is no effective opposition, they have been looting the country for long in the name of consensus government, which is never accountable to the people and the country but always working in the interest of mafia and corrupt networks.

It is a pity to watch constitutional bodies like the Commission for the Investigation of Abuse of Authority (CIAA) show reluctance to investigative those publicly accused, including their political masters, and the protectors of mafias. People are thus angry. Almost every day, media exposes massive corruption scandals, but the government and the concerned authorities don’t seem to be paying any heed, and the corrupt carry on fearlessly.

The network of mafia inside and outside political parties are getting stronger and more organized than at any time before in the history of Nepal, as Republica’s recent interview with former CIAA chief Suryanath Upadhayay also makes clear. Public institutions are being eroded and people are losing trust in them. There is growing insanity in every sector. For instance, it’s insane no one is protesting against Tirtha Khaniya, the vice-chancellor of Tribhuvan University, when his intellectual theft, his involvement in dirty politics and other misconducts are public knowledge. It raises a fundamental question about the independence of our academicians and students, at Tribhuvan University and beyond. Likewise, the public sector has turned into a playground for party cadres in the name of Bhagbandako Raajniti (“the politics of sharing”).

The scale of corruption has increased from million of rupees to billions. But the corrupt people are protected and treated as if they are above the constitution. After 1990, if there is anything that has been solidly institutionalized in Nepal, it is corruption.

It is only a matter of time before Nepal is declared a failed state. Thank you Pashupatnath and Lord Buddha for shaving this country thus far.

The next revolution
There is no alternative to starting a new revolution in Nepal. We have to make “Zero Tolerance To Corruption” the center agenda of this revolution. Without ensuring transparency and accountability of our public institutions, including the political parties, we cannot fight corruption in Nepal.

If the law does not apply equally to everyone if the corrupt politicians and bureaucrats go unpunished. We must never accept such a system as democratic or republican. The system we live now with is the Mafiacracy, not because of the faulty system but because of the people who run it.

Without removing the corrupt, mafias and powerbrokers from leadership of the system, the next revolution will be incomplete. Therefore corrupt and mafia in public institutions, political parties, and businesses should be our target. There is no need to change the system; what we need is to change the vanguard of the system.

Where to start
Courage and non-violence will be the binding principles of the next revolution. Again, we should target the institutions, not the system. It is best to start by questioning and challenging the role of the Commission for the Investigation of Abuse of Authority (CIAA). As the responsible constitutional body to stop corruption in Nepal, we should find ways to bring fearless, credible and competent individuals into that body.

The role of CIAA is not only unsatisfactory but also irascible. Time and again, it has discriminated between high-level corrupt (who are seldom touched) and the small fry in the corrupt nexus (who are often punished). Therefore, let us give an ultimatum to the CIAA, for two, three months, to commence investigations on high-level corruption cases linked to political party leaders and those they are protecting. If the CIAA fails to start investigation in a satisfactory way, the revolution should discard the Bhagbanda ko CIAA (“the politically shared CIAA”) and announce their own pro-people CIAA.

This announcement will come as a public disobedience of bhagbanda ko rajniti in public institutions. Let there be pro-people CIAA led by credible commissioners. It will give a choice to the people, who can choose to stand with the corrupt political leaders in favor of bhagbanda ko rajniti or with the revolution that aim to remove corruption and keep public institutions free from politics.

The pro-people CIAA will start its investigation independently. Public and media will support it in filing cases. Social media will be its important part, helping investigations and bringing fact- and evidence-based corruption cases to the public domain.
This revolution will create polarization among political parties, bureaucrats, constitutional bodies, private sectors and others. Honest and competent people will be encouraged to take the leadership of political parties, public institutions, and constitutional bodies defying bhagbanda ko rajniti.

The core goal of the next revolution will be creating polarization among honest and corrupt Nepalis and to staff the leadership of this country with good people by sending the mafia and the corrupt into jail.

Next season will be toughest of my career, says Chelsea boss Conte

LONDON, August 5: Chelsea manager Antonio Conte is expecting the upcoming Premier League season to be the toughest of his... Read More...