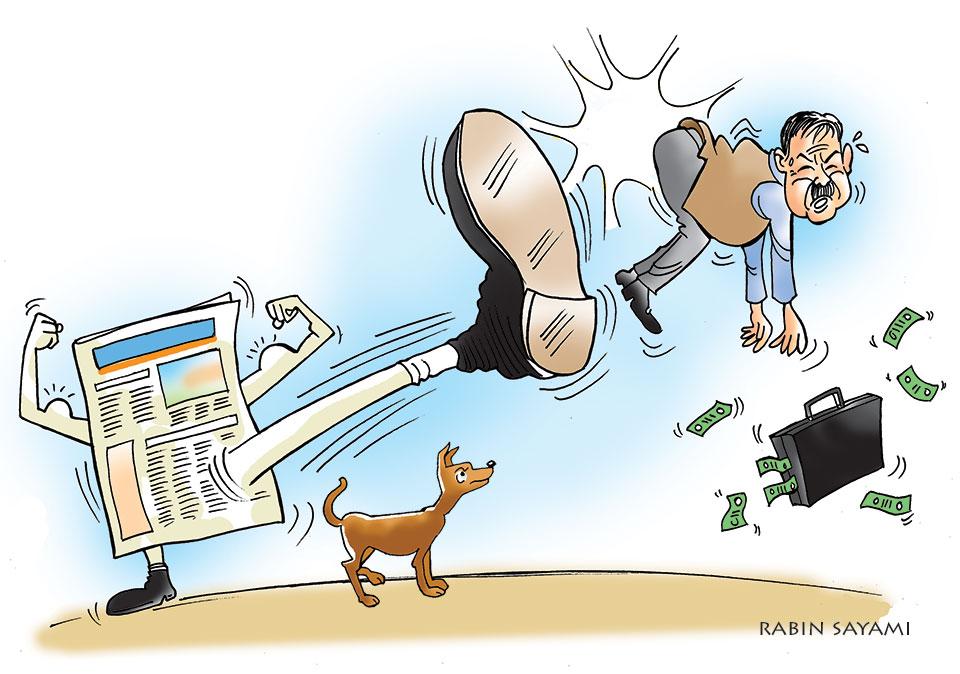 Monday’s cabinet meeting unanimously approved the proposal of the Ministry of Supplies to sack Khadka. The cabinet decision comes two months after the exposure of the land purchase deals in which NOC used middlemen and engaged in huge misappropriations.

On July 17, Republica and Nagarik dailies reported that NOC paid up to four times the going price for the land through middlemen.

Minister for Supplies Shiva Kumar Mandal informed that the study reports of five parliamentary committees, serious legal lapses in the purchase of the lands and yawning differences between the price NOC paid and what local landowners received were the supporting facts behind his dismissal.

However, the cabinet did not discuss  any further action  against Khadka and the NOC management over the misappropriation of about Rs 1.67 billion in the land purchase.

The practice in such cases is that the cabinet can write to the Commission for  Investigation of Abuse of Authority (CIAA) to investigate and take action against the accused, according to a former CIAA commissioner who did not wish to be identified by name.

Former chief secretary  Bimal Koirala also echoed the former CIAA commissioner. Koirala said the CIAA, the ministry concerned  and other investigating agencies can probe further and take action against the guilty. “The cabinet has fired him outright instead of suspending him first and taking a final decision later on,” said Koirala adding that this does not bar the CIAA and other agencies from carrying out more investigations.

Following rigorous discussions over the matter, parliament’s Public Accounts Committee (PAC) had directed the CIAA to investigate  the land purchase deal and take action against the guilty. Officials of the CIAA said they have not yet completed their investigations.

“This issue is still under investigation,” said CIAA spokesperson JIba Raj Koirala, adding, “It may take time as cases should be filed after duly following the laws.” Following media reports on the scam the CIAA had collected documents from NOC but has not yet called in Khadka and other officials of NOC to  record their statements.

Last week, the CIAA issued a statement asking those concerned not to make comments in haste as investigations take time and these may go their own way. 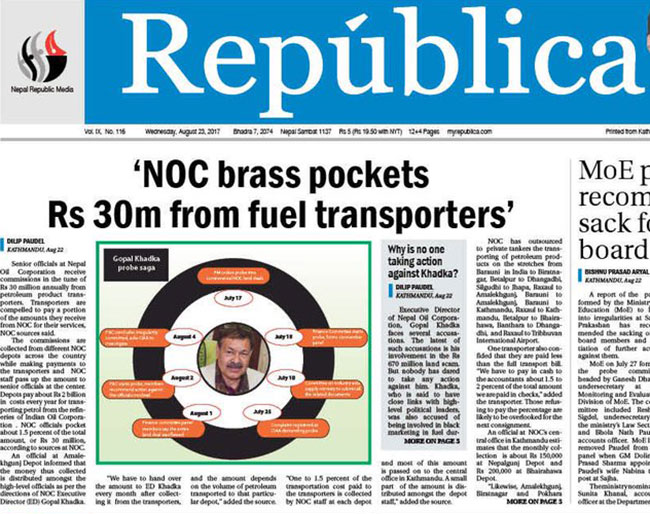 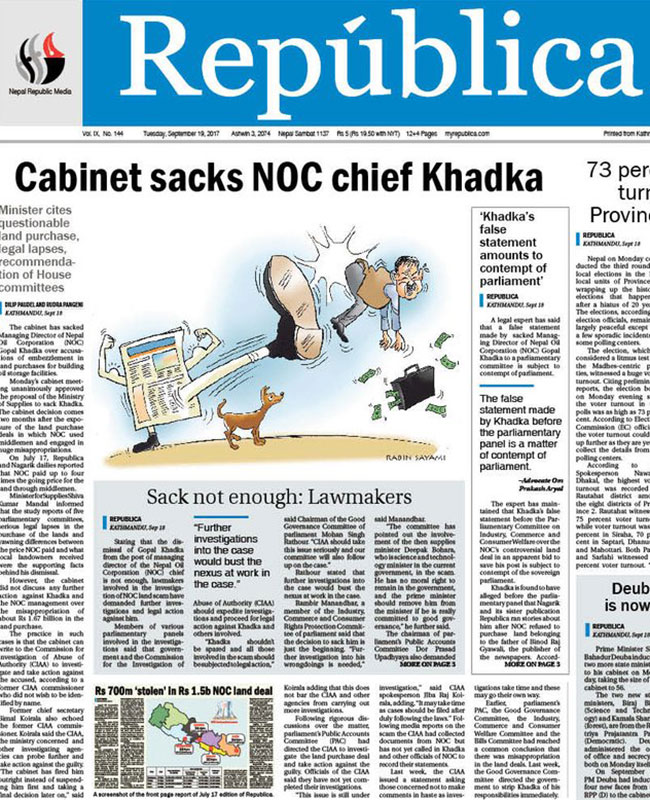 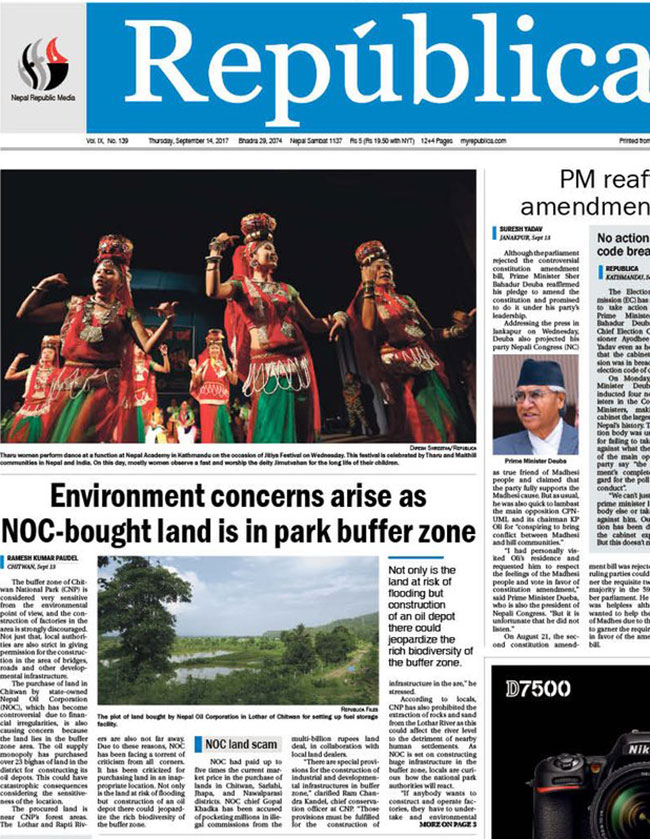 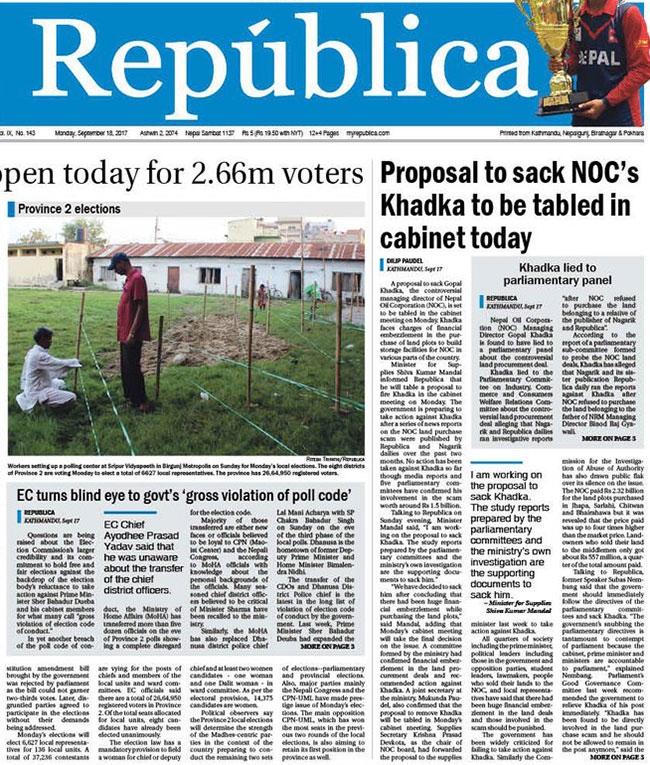 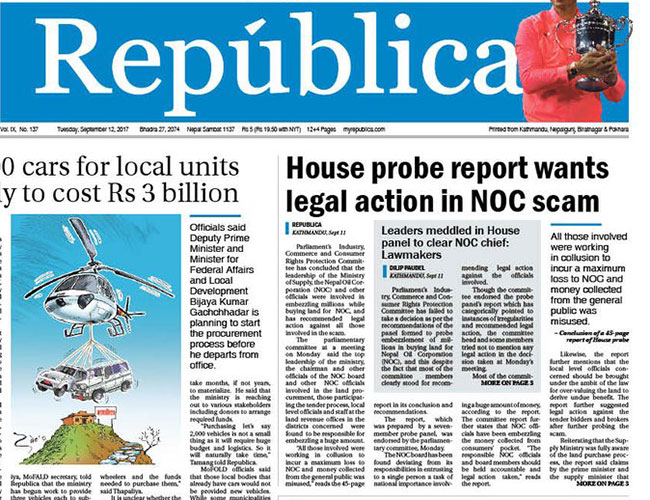 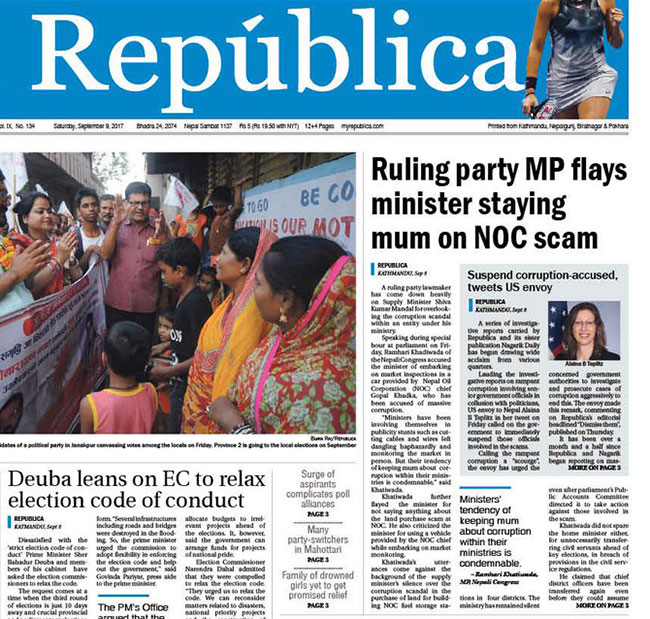 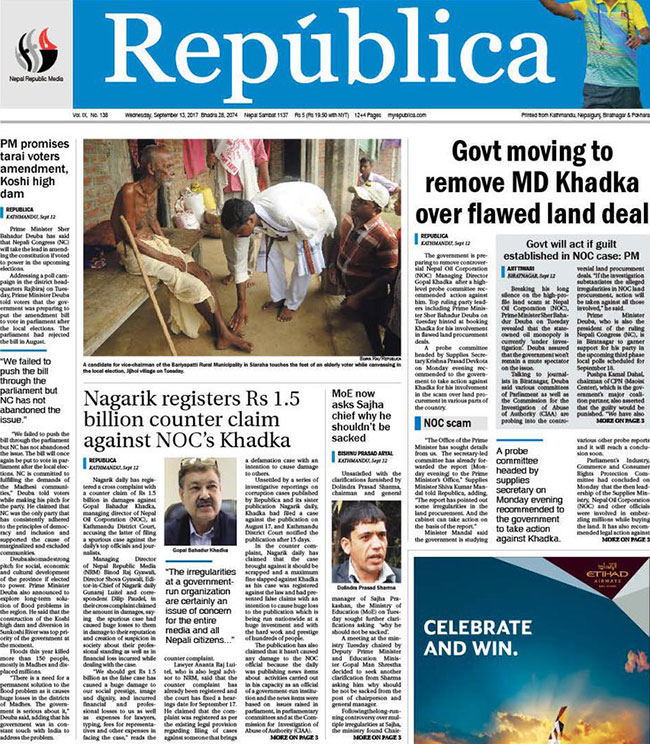 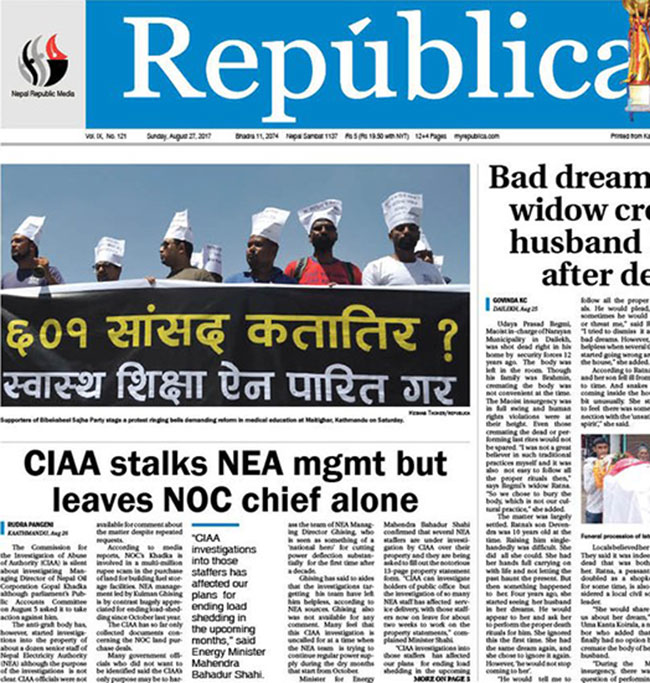 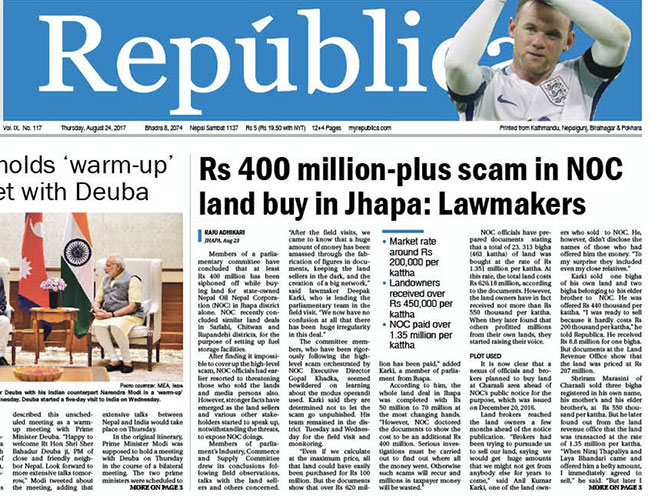 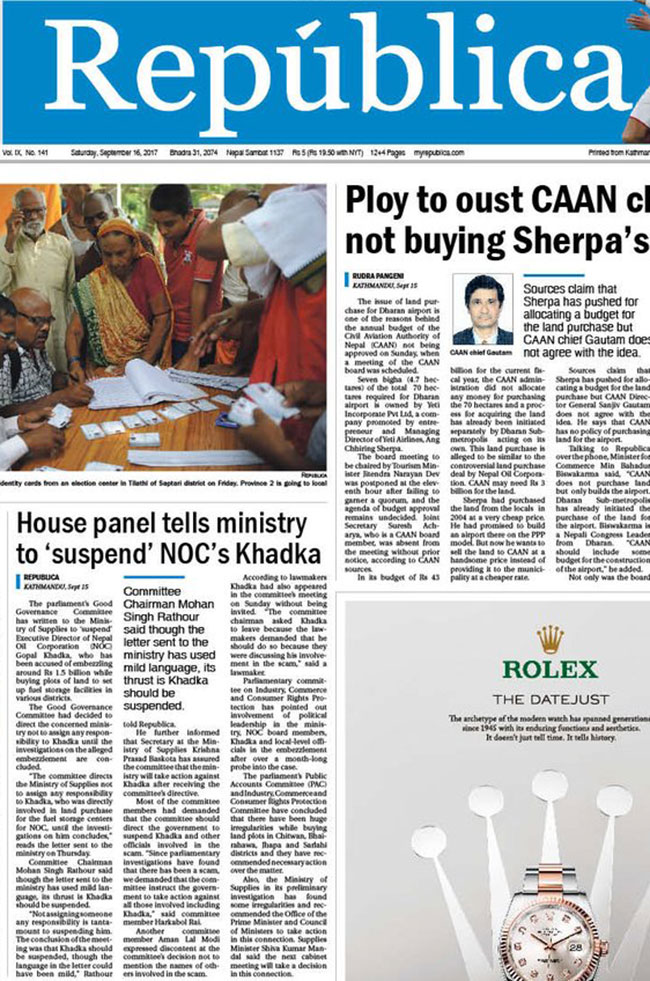 KMC removes 9,000 billboards that failed to meet standards set by the metropolis

KATHMANDU, Jan 26: Kathmandu Metropolitan City (KMC) has said that 9,000 unauthorized hoardings and signboards have been removed so far. Read More...