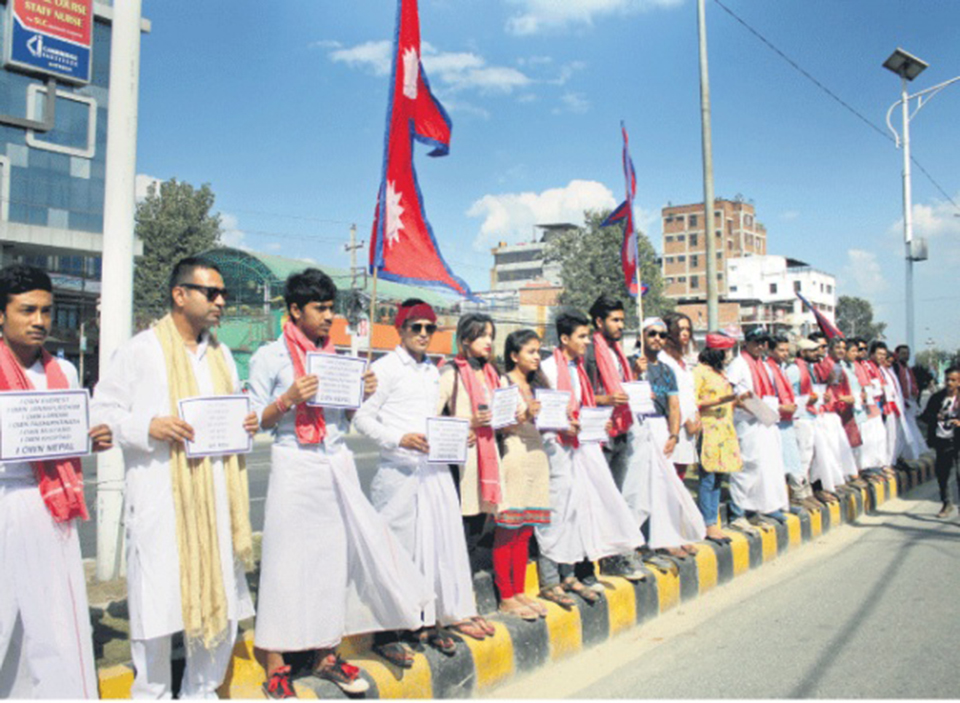 The evolving narrative of exploitation and domination established by the Madhesi uprising is only a part of a much larger national story.

The local level election today in Province 2—comprising eight districts in eastern and central Tarai—is being keenly watched, as the result will have ramifications not just for the province but for the entire country. The churning in Madhes for past one decade has been influential in shaping the country’s politics, culture and economy. It has also been successful in establishing Madhes at the center of Nepali politics.

However, emphasis on macro level relations has eclipsed everyday lived experience of the denizens of Madhes. The decade-long changes have also created a dichotomy between residents of hill origin known as Pahades and those who belong to Madhesi caste groups. It is important at the outset to distinguish the two categories. Such nomenclatures allow political actors to consolidate their turfs and deepen existing faultlines. So those who reside on the northern flank of the East-West highway will supposedly support parties of certain persuasions and those on the southern flank will support parties of other persuasions.

While this may be true to an extent, everyday life may indicate otherwise. The competing politics being played out there, especially by CPN-UML and Rastriya Janata Party Nepal, overshadows a larger equation. The relationship between Madhes and Kathmandu at the political and cultural levels are two important lenses through which the current narratives could be viewed.

The relationship is marked by hierarchy, contestation, domination and the necessity to assert one’s dignity and rightful space. In doing so, Madhes has been able to get Kathmandu to recognize it as an indispensable heartland of Nepal, which is not only its bread basket but also the fountain of culture and politics. Of course, the relationship has witnessed many ups and downs.

The effects of this relation also get reflected in the everyday life in Madhes. This is most notable in the view that the state machinery is often disproportionately in favor of those in the north of East-West highway. In addition the constant exclusion of Madhes from cultural landscape of Nepal resulted in different movements against the state a decade ago, which further widened the cultural fault lines. But a decade on there seems to be a realization that the fault lines need to be bridged. There are multiple manifestations of this realization. The cultural landscape of Madhes is shared not just by Madhesi caste groups but also by people of hill origin who may have been residing there for considerable time.
The sharing of space is evident in shared languages such as Maithali, Bhojpuri, Awadhi and Bajika. This is not to discount the historical hierarchical relationships between Madhes and Pahade and within the Madhesi groups themselves. The historical advantages and disadvantages that characterize various groups cannot be ignored.

But after a decade of churning, a look back at the everyday life would suggest that sharing the cultural space is increasingly evident, as seen in the celebration of chhath and consumption of thekuwa, vusuwa, khajuri, gujiya, budiya by Pahade and Madhesi caste groups alike. Similarly, the residents of Madhes share jokes in local languages, they view the same Hindi television programs and Bollywood films, and gossip on community issues at local tea shops and haat bazaars. Labor migration is increasing among all residents of Madhes, making those who are left behind come even closer. The money these absentee members remit influence every household activity. Therefore the community sentiment and solidarity is high.

The other important dimension of everyday experience is degradation of chure belt. Rapacious exploitation of the ecological belt has collective ramifications for Madhes. The failed development discourse in Province 2 affects all class groups. Of course, those that have resources—both Pahade and Madhesi—can easily reap benefits elsewhere. It is those without who suffer.

Therefore, poor governance, discrimination and violence impinge on all communities. So the narrative that the center favors certain groups may tell only a part of the story.
The narrative of exploitation and domination established by the Madhesi uprising is only a part of a larger story. The intra-group dynamics within Madhes and the success of establishment and recognition of the larger cultural landscape, both in Kathmandu and Madhes, are major connecting dots. Of course in this larger story, small acts like playing of Maithali and Bhojpuri songs in the FM radios in Kathmandu reinforce this larger relationship. Hope the aspiring local representatives in Province 2 and their compatriots at the center are listening.