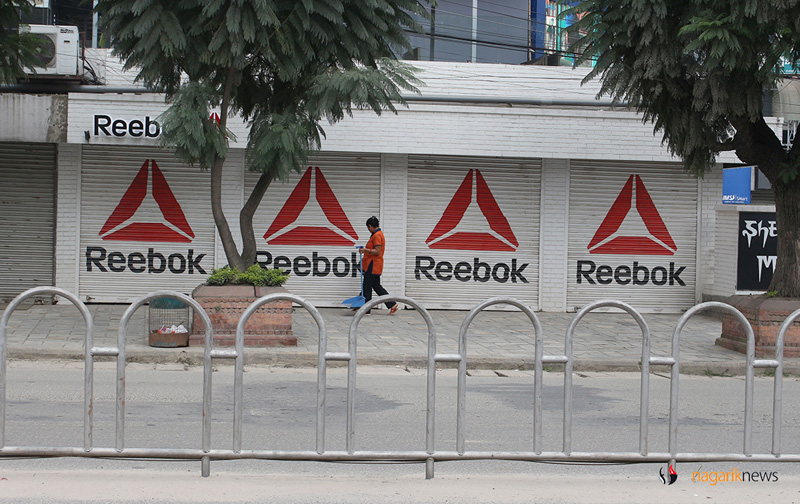 Under invoicing was a speculation many had already made but it’s only now that an investigation officially raised the question.

Starting from matters of questionably excessive price rates, authenticity to now suspicions of under invoicing at the customs, the posh shopping area of Kathmandu, Durbar Marg has been engulfed in quite the scandal this past week.

But since their self-imposed closure in the name of solidarity has ended, we do see some shoppers coming back to their usual hunting ground. Some of them were unfazed: Shopping in Durbar Marg has never been cheap, it’s for the niche market, they say. Some claimed to have gone on the internet to look up the items they had purchased to see if they had been victimized as well. They also shared that they would be more vigilant and develop a habit to recheck from now on. The opinions were fairly divided.

Even the shop owners who aren’t under investigation insisted that, many people, consumers and the media alike are jumping the gun. “The shops may be sealed but the owners haven’t been proven of wrongdoings just yet. Labeling this price rate a scandal is premature,” said a Durbar Marg based watch seller, who wished to remain anonymous because “he didn’t want to attract unnecessary attention”.

But on the other hand, when asked about the suspected wrongdoings at the customs, most businessmen and women appeared cagey refusing to give any direct comments. What’s more, majority of the shoppers considered it to be an open secret.

“Doesn’t everybody do that?” asked Nagma Pradhan, 21, further explaining that she was personally aware of such malpractices. “I have a friend who sells things online. This friend told me she has an altered bill made specifically for the customs. The wholesalers themselves decrease the cost of the items on the bill for her so that she can pay less.”

Her friend had also told her that the officers at the customs department didn’t raise questions if she gave them a couple items from the bulk she was bringing into Nepal to sell. So if a small home-based business like hers was applying such tricks, the 21-year-old reasons others are definitely doing it too.

It’s a speculation many had already made but it’s only now that an investigation officially raised the question. Vishal Rana Magar, 45, was the only one from about the dozen or so shoppers that this scribe talked to who seemed riled.

“This is why most of our country’s citizens don’t have the buying capacity or any savings. I think we should be thankful that somebody has finally bought it up,” he said but later trailed off, confessing that he doesn’t have hopes about the investigation being thoroughly carried out or the trend being reformed any time soon.

And surely, things don’t look all that promising over at the Ministry of Supplies (MoS). Laxman Shrestha, one of the officers who had led the monitoring team at Durbar Marg, informs us that they are currently reviewing the paperwork submitted by shop owners. They haven’t determined what the follow-ups of the raid should be.

However, Shrestha tells us they have sent letters to the Ministry of Finance and other concerned departments including the Department of Customs proposing collaboration for an investigation on the matter.

“But we have yet to hear from them,” informed Shrestha. After talking to Kul Raj Gyawali, spokesperson at the Department of Customs, we found out why. Gyawali reveals that their department still stands by their initial statement that is, “This isn’t our investigation and we have nothing to do with it.”

Even when we shared experiences and sentiments of people like Pradhan and Rana, Gyawali explained, “The rule allows people to quote the prices of their purchases. There are thousands of items coming through our office every single day. We can’t keep tabs of each item and recheck the prices they are being sold at. It’s not in our jurisdiction.”

It’s certainly a gaping loophole in the system. And though no proprietor will confirm, perhaps also the reason why many shops from New Road and Naxal to even the ones that find themselves under investigation assured us that they are not involved in any such malpractice.

Sanjeev Tuladhar, vice president of the Durbar Marg Development Board, chooses his words very carefully. He doesn’t attest to knowing businesses that use these suspected schemes at the customs but at the same time states that he is all for investigating the matter. In fact, he insists this case of under invoicing needs to be looked into because it is giving businesses like his a bad name.

Indeed, Tuladhar doesn’t find himself involved in this investigation just as the vice president of the Durbar Marg Development board, but his own Levi and Reebok shop is one of the nine that were sealed during the MoS raid. So before they can even explore the potential of a thorough custom’s under invoicing inspection, Tuladhar believes, at present, there is a more pressing problem at hand. His and his fellow Durbar Marg businessmen’s shop has been closed for nearly two weeks during this festive season. He is focusing on urging the MoS to open it.

Sulux Center is another store that was closed down during the raid and their representatives have been going to the MoS office every day to “give their attendance”. When they asked the ministry officers why the investigation couldn’t be carried out without closing their business, the reason was apparently that much irksome.

“They told us that the minister of their department wasn’t in town and they don’t have the orders to reopen the stores,” explains a representative of Sulux Center adding, “What about the huge loss that we are suffering?”

Either way, the likes of Tuladhar, Sulux Center representatives and even Rahul Agarwal from the Nike store claim they are confident that their paperwork will prove that they haven’t been cheating their customers with their price rates. They all have the same explanation. They say the 20% argument isn’t reasonable when based on gross sales alone. But if it’s about applying the rate to net sales then apparently no one has any objections.

Their hope is that the balance sheet will show that they have abided by the rules of their respective brand’s price ratings. Also that after considering factors like their bank interest, operation costs as well as the nature of their merchandize i.e. slow moving products, they can justify the price rates.

They all also seem to give the same example: Why is a bottle of mineral water that costs Rs 20 allowed to be sold at a much higher price in restaurants and hotels? Why do the airplane fares vary? There are always other contributing factors, they say.

Agarwal, brand manager of Durbar Marg’s Nike store, talks about the effects these scandals have had on their brands. “Two-minute silence for people who thought and still think that they can get original brands in Nepal,” read a Facebook post, following the circulation of a Nike.com retweet. The tweet basically claimed that there was no authorized Nike store in Kathmandu. This response just added to the slew of sarcastic, angry comments as well as speculations that had been flooding the social networking sites.

But Agarwal isn’t buckling under the heat of the criticism. He says they have reported the incident to Nike Asia, the branch that takes care of their account, and are currently patiently going through the protocol to clear their name.

And it will happen, assures Agarwal. “We are a genuine store. If you notice, it isn’t the Nike corporate office that has replied to the question about the authenticity of our store. It was the Nike online store. Like is the case with big firms, everybody can’t keep tabs of everything. There must have been some confusion. This is a mistake and we have reported it,” he says.

He, along with the rest, does seem to trust that their loyal clienteles will be back. As far as they are concerned the ones complaining about authenticity and exorbitant prices are the ones who don’t shop in their stores.

Even Laxman Shrestha from the MoS office reveals that they will get “experts to check if their defense is a plausible one”. Further when asked if the ministry could have carried out the raid in a more systematic manner, he replied, “Maybe there could have been some shortcomings on our part. We all learn as we work.”

However, despite the shop owner’s explanations, consumers still have their own

share of doubts. A Durbar Marg shopper said, “I liked a bag and it cost Rs 7000. I didn’t buy it then but later there was a discount and I bought it for Rs 4600. Now, for Dashain sale, the same bag is being sold at Rs 2500. How can this be? I find it very hard to believe that they are being honest with the profit margin.”

Consumers seem to believe that it’s important to get to the root of the problem rather than just making the issue surface every once in a while and then letting it die a natural death. And, they also think, if the investigations are carried out properly and with some collaboration between the various departments that should be looking into this, we might eventually get the much-needed answers.

Kathmandu-Paris-Kathmandu, a delightful travelogue in Nepali language, has so well captured the hilarious life of a young Nepali boy and... Read More...

The mystic Shangrila, Bhutan, changed its political course evicting over 20 percent of its population in 1990 hoping to fare... Read More...